Some of Woke, Inc.’s Reasoning Could Be an Alarming “Sleeping Giant” for Philanthropy

The cutting critique of and stance against corporate America’s adoption of an extreme social-justice agenda in Vivek Ramasamy’s new book could certainly, and perhaps should, be considered in the context of politicized charitable nonprofitdom, too. 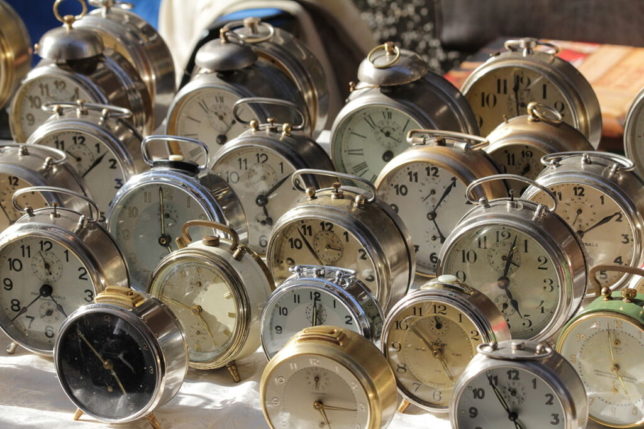 Successful entrepreneur, investor, and commentator Vivek Ramaswamy’s new book Woke, Inc.: Inside Corporate America’s Social Justice Scam has been justifiably well-received among conservatives for its thoughtful argument against businesses consciously placing a pursuit of justice—as expansively defined by the country’s progressive academic and cultural establishment—over that which is now increasingly seen as “mere” profits, shareholder value, and the generation of wealth in general. There are more stakeholders about which the whole capitalistic enterprise should be concerned than just shareholders, by this unfortunately ascendant, utopian, sector-bending thinking. 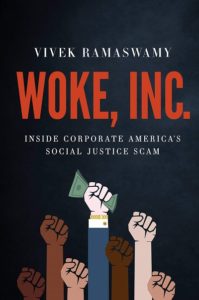 Ramaswamy’s is a thoughtful, informed argument. Its description of the challenges wokeism presents, as well as his prescriptions for how public policymakers and private market actors and citizens could and should consider responding, are well worth the reader’s investment of time.

Woke, Inc.’s aggressive critique can at times be quite cutting, including against some conservatives. For example, “An essential part of corporate wokeness is this jujitsu-like move where big business has figured out that it can make money by critiquing itself,” according to Ramaswamy.

“First, you start praising gender diversity. Next, you criticize Wall Street’s lack of it, even though you’re Wall Street. Finally, Wall Street somehow gets to be the leader in the fight against big corporations. It gets to become its own watchman and, even better, get paid to do it,” he continues.

Sincere liberals get tricked into adulation by their love of woke causes. Conservatives are duped into submission as they fall back on slogans they memorized decades ago—something like “the market can do no wrong”—failing to recognize that the free market they had in mind doesn’t actually exist today. And poof! Both sides are blinded to the gradual rise of a twenty-first-century Leviathan far more powerful than what even Thomas Hobbes imagined almost four centuries ago.

Later focusing in, “Free marketeers and classical capitalists reject out of hand the idea of an implicit social contract. Yet they fail to offer a compelling answer to what corporations owe society in return for the state-granted superpower of limited liability,” Ramaswamy writes.

Ramaswamy here bolsters his argument by applying two analogous bargains—first, “to the approach that federal law takes to the formation of nonprofit corporations. In return for tax-exempt status, we demand that nonprofits confine their activities to the sphere of charitable causes,” as he describes it. The second: “With for-profit corporations, we do precisely the reverse—not just to protect corporate shareholders but also to protect the rest of society from frighteningly expansive corporate power to influence.”

(Elsewhere in the book and in public discourse, Ramaswamy similarly notes how Section 230 has benefited Big Tech, and seen it as an avenue through which to react to its misdoings.) 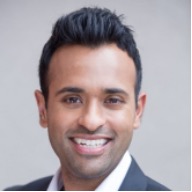 Woke, Inc. is an impressive, book-length lamentation of the encroachment upon corporations in what was supposed to have been a teeming diverse marketplace by politics. The deal for limited liability has been broken.

It’s probably also the case that for a much-longer time and with as negative consequences, if not more so, tax-exempt establishment progressive philanthropy and those also-exempt, ostensibly “charitable” nonprofits it funds have been as encroached upon by politics, too, if not much more so. If so, well, then this deal’s been broken, as well.

In fact, Ramaswamy acknowledges the presence, and damage done by, sector-bending wokeism, in other contexts. Stakeholderism is “a tool that empowers the managerial class and allows them to escape accountability for their failures to properly advance the essential purpose of an institution,” writes.

Indeed, of tax-deductibility to incentivize charitable giving in particular, he passingly notes “there’s a lot of game-playing that needs to be fixed.”

If and when ever applied more largely, Ramaswamy’s system-rejecting reasoning in Woke, Inc. could be an alarming “sleeping giant” for monoculturally progressive establishment philanthropy. As with the rampant and growing wokeism in corporate America that he exposes, conservatives need consider that the purportedly diverse establishment philanthropy, and the charity it supports, that they seem to have “in mind doesn’t actually exist” in Big Philanthropy today either.

And not be black-pillingly duped into comfortably thinking everything’s pretty much just fine in nonprofitdom and should be steadfastly defended, but do something about it.