Some Narrowness in Longtermism

The short of it: in his new book’s ambitious thinking about the “full scale of human history,” William MacAskill undervalues the past—by definition, but more than needed—and elides in practice what that thinking could perhaps offer those of a different ideological worldview. 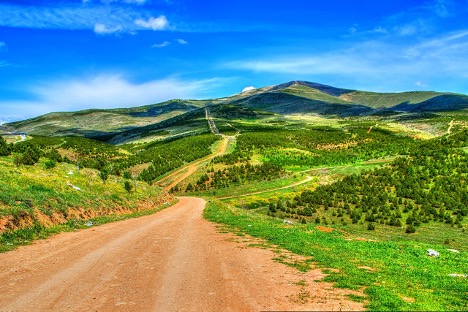 William MacAskill is an influential guru of “effective altruism,” a way in which a growing number of philanthropists and those who help them conceptually frame their giving. His interesting new What We Owe The Future reflects and further develops its Big Thinking. The “longtermism” for which it argues, however, has some narrowness to it. 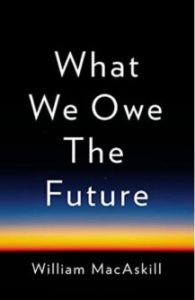 MacAskill is an associate professor in philosophy and a research fellow at the Global Priorities Institute at the University of Oxford. He also directs the Forethought Foundation for Global Priorities Research, co-founded and is president of the Centre for Effective Altruism, and co-founded 80,000 Hours—a Y Combinator-supported nonprofit group that offers advice on guidance on effectively making the altruistic most out of one’s career.

His previous books include 2016’s Doing Good Better: Effective Altruism and a Radical New Way to Make a Difference and, with Krister Bykvist and Toby Ord, 2020’s Moral Uncertainty. 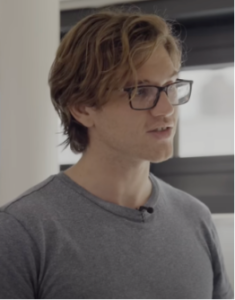 Effective altruism was first developed in the 2000s by elites, led my MacAskill, though the term itself reputedly wasn’t coined until 2011. Its core idea is that metrics should determine not only which grantees pursuing a particular aim deserve financial support, but be the very underlying basis for choosing which aims to support in the first place. Risking oversimplification: grantmaking should seek to save or improve the most lives per dollar—period, pretty much. Other considerations?; to be subordinated.

My Giving Review co-editor William A. Schambra characterized effective altruism in 2014 as “a radical utilitarian approach to giving that might best be described as ‘strategic philanthropy on steroids.’” Now, MacAskill’s attention-getting What We Owe The Future presents “longtermism,” which might best be described as effective altruism on steroids.

Longtermism ambitiously purports to account for the “full scale of human history,” including “the future—where almost everyone lives and where almost all potential for joy and misery lies,” as he puts it. There are two important narrownesses to note in it, however. It purposely undervalues a still-significant part of that history—the past. It does so almost by definition, of course, but it does so more than it needs to do so. And as its thinking is practically applied, it seems to elide what could be offered to those with a different ideological worldview.

Ancients Just out of the Womb

“This book is about longtermism: the idea that positively influencing the longterm future is a key moral priority of our time,” according to MacAskill in What We Owe the Future.

Longtermism is about taking seriously just how big the future could be and how high the stakes are in shaping it. If humanity survives to even a fraction of its potential life span, then, strange as it may seem, we are the ancients: we live at the very beginning of history, in the most distant past. What we do now will affect untold numbers of future people. We need to act wisely.

MacAskill introduces his argument with a “thought experiment” that, characteristically, tries to numericize the moral problem. “Imagine living, in order of birth, through the life of every human being who has ever lived,” he begins. “Your ‘life’ consists of all … lifetimes, lived consecutively.

“Your life lasts almost four trillion years in total,” he continues, impressively listing thought-provoking data about how much time you’ve spent doing various things, like being a hunter-gatherer, raising children, taking part in religious rituals, and having sex. “Fifteen percent of your experience is of people alive today.

“That’s your life so far—from the birth of Homo sapiens until the present,” he goes on.

But now imagine that you live all future lives, too. Your life, we hope, would be just beginning. Even if humanity lasts only as long as the typical mammalian species (one million years), and even if the world population falls to a tenth of its current size, 99.5 percent of your life would still be ahead of you. On the scale of a typical human life, you in the present would be just five months old. And if humanity survived longer than a typical mammalian species—for the hundreds of millions of years remaining until the earth is no longer habitable, or the tens of trillions remaining until the last stars burn out—your four trillion years of life would be like the first blinking seconds out of the womb. The future is big.

If you know you were going to live all these future lives, what would you hope we do in the present?

So, again risking oversimplification: for an altruist, effective or not, that’s a whole heck of a lot more people whose lives to save or improve, but still with the same overriding utilitarian consideration—other ones of which still to be subordinated. And this consideration is to be—in fact, has to be—brought to bear by us, here, now. Effective altruism on steroids, yes, and with a more than a little necessary presentism. MacAskill does urge that we humbly acknowledge we don’t know everything that is to come, or what will unexpectedly occur in the years following us.

But in What We Owe the Future, we—the ancient just out of the womb—don’t seem so urged to humbly acknowledge that we don’t know everything and maybe our more-ancient, still “womb-dwelling” predecessors have knowledge and wisdom to offer us as we ask ourselves what to do, here, now.

In his answer to that question, MacAskill specifically proposes concentrating on “climate change and fossil fuel depletion, where we can draw on huge amounts of relevant research,” he writes. “And, crucially, we have a yardstick we can use to compare different interventions. We know we are winning against climate change if carbon dioxide emissions decline, and the more the better.” He also thinks “[b]isecurity and pandemic preparedness is another area where we can do things that are robustly good,” along with disaster preparedness.

In another thought experiment, some in a broader audience might hypothetically have been intrigued by or receptive to What We Owe the Future’s longtermism—maybe some who don’t necessarily consider “ancient” an epithet, or who’d be considered a conservative in the present parlance. There’s no application in the book, though, of longtermist thinking to effect outcomes along the lines of, say, generally furthering human dignity, ordered liberty, or civic identity. Too ancient?

Philanthropic pursuit of these ends may risk preserving the historical aspirations of an undesirable status quo to many, one supposes. All would be decidedly difficult to measure, in any case. They thus couldn’t really be “strategically” concentrated upon by any grantmaker seeking “effectiveness.”

Longtermism’s avoidance of, if not outright indifference to, cross-generationally important aims like these can be traced directly to its historical antecedents of effective altruism and strategic philanthropy. It is an unfortunate shortcoming.

Owed to its past.

This article originally appeared in the Giving Review on September 23, 2022.