Remember who won the race. 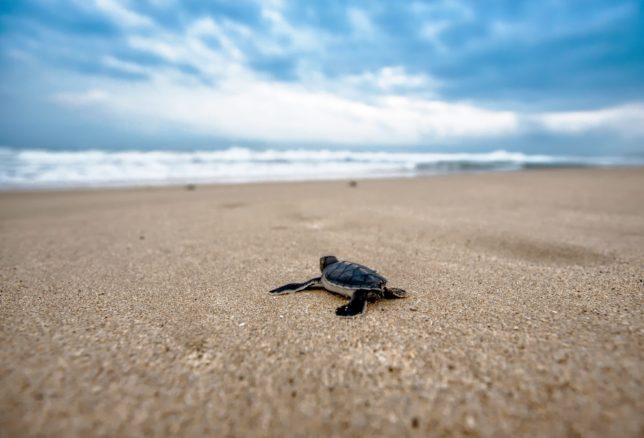 For some years now, what’s called the Slow movement seems to have been gaining momentum … if that’s possible. Based on a diagnosis of “time poverty,” its general recommendation is to consciously spurn speed and pretty much just simply slow down life’s pace. It and its implications have been applied widely, and in some specific contexts quite creatively.

But let’s chill. It might be past time to mull “slow philanthropy”—including what that would mean, and whether it’d be worth trying to put into practice. If that’s possible.

Ways of Being, When They Make Sense

Carl Honoré, a TED-talker type, is considered by many to be the Slow movement’s voice. His 2004 book In Praise of Slowness: How a Worldwide Movement is Challenging the Cult of Speed popularized its thinking.” 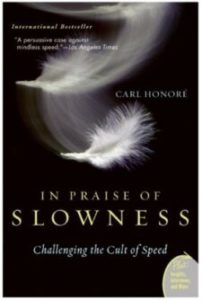 “In this book, Fast and Slow do more than just describe a rate of change,” according to Honoré. “They are shorthand for ways of being, or philosophies of life. Fast is busy, controlling, aggressive, hurried, analytical, stressed, superficial, impatient, active, quantity-over-quality. Slow is the opposite: calm, careful, receptive, still, intuitive, unhurried, patient, reflective, quality-over-quantity.”

The analytical framework gets interestingly nuanced. “The paradox is that Slow does not always mean slow,” he continues. “As we shall see, performing a task in a Slow manner often yields faster results.” He dutifully cites the classic tortoise-and-hare parable, of course. “It is also possible to do things quickly while maintaining a Slow frame of mind.”

And it’s got what’s probably a necessary modicum of defensiveness. “Despite what some critics say, the Slow movement is not about doing everything at a snail’s pace,” Honoré writes. “Nor is it a Luddite attempt to drag the whole planet pack to some pre-industrial utopia.”

In short, and maybe circularly complicating the ability to cleanly apply Slow thinking, “[t]he Slow philosophy can be summed up in a single word: balance. Be fast when it makes sense to be fast, and be slow when slowness is called for.”

Seeming Meanings, for Chilling and Mulling

Well, acknowledging the complications, “slow philanthropy” would at least seem to mean approaching grantmaking with a long-term worldview, consciously averting support of that which is new—especially if only or principally for its shiny and attention-getting newness. Play the “long game.” Take four downs in your giving, if and when necessary; skate to the floating puck—swinging at it not now, but in a little bit, when it’ll do you and the cause better.

It would also seem to mean making connections, and really personal ones—which is so much easier, and maybe much more beneficial too, on the local level.

It’d sure seem to mean relying on, and constantly invoking—to yourself, and others, allies or not—timeless principles … and those who first formulated and taught them, perhaps as expressed by an original, founding donor, whether now dead or not.

It might present a challenge to those who think charitable endowments should be spent within a certain specified period of time, I suppose, and not just be “warehoused” in a well-managed account somewhere and grow (for a fine fee, to a for-profit finance pro). But not really: slow ≠ never, after all. And remember the balance explanation; “[b]e fast when it makes sense to be fast, and be slow when slowness is called for.”

Sure seems as if a “slow philanthropy” might be more called for, doesn’t it? Let’s all consider calling for it. But let’s chill, first, and mull that over. If that’s possible.

This article originally appeared in the Giving Review on June 24, 2021.