Slaughterhouse Rules: The Next Generation 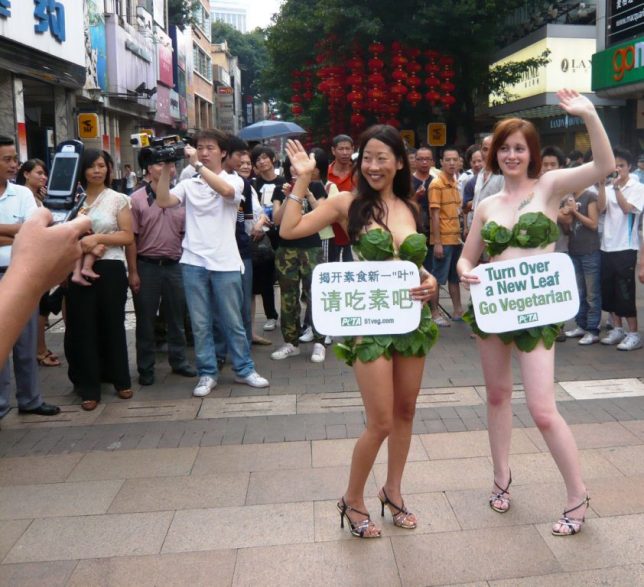 The Foundation to Support Animal Protection, also known as the PETA Foundation, is PETA’s sister 501(c)(3) public charity with offices in Norfolk, Virginia. The Foundation is listed as a supporting organization of PETA, meaning the vast majority of its support moneys go to the governing organization, which supervises and controls the Foundation.

The PETA Foundation acts as PETA’s clearinghouse, and its done well for itself—receiving over $40 million in grants since 2000. And since 2004, $28 million of that has come from an obscure group called Nanci’s Animal Rights Foundation, a private foundation in Fort Lauderdale, Florida. In 2009, the Center for Consumer Freedom reported that the PETA-aligned animal liberation groups Physicians Committee for Responsible Medicine and the Cancer Project “have derived 60 percent of their budgets from a single woman: Nanci Alexander.”

Alexander, you may have guessed, is the namesake and founder of Nanci’s ARF. Since 2004, the foundation has donated $65 million to a handful of animal rights groups: $30.4 million to PETA and the PETA Foundation; $1.1 million to the DJ&T Foundation, which fights the “serious problem [of animal] overpopulation” by subsidizing spay and neuter clinics; and a whopping $33.4 million to the PCRM Foundation. Alexander is president of the similarly named Animal Rights Foundation of Florida, a group that lobbies for “restrictions on pet shop sales to stop puppy mill sales” and other animal rights laws. She also has a private foundation (the Alexander Foundation) in Boca Raton, in which she shares board leadership with her ex-husband, Leslie Alexander—the former owner of the Houston Rockets basketball team, regular Democratic Party donor, and a former board member of a group allied with PETA, the Humane Society of the United States (HSUS). (Leslie Alexander also has his own private foundation which funnels millions to mainstream and extremist animal rights groups, including HSUS and the PETA Foundation.)

PETA also runs peta2, a youth program aimed at indoctrinating teens into PETA’s extremist ideology. Peta2 is a fiscally sponsored program of PETA, which bragged in its 2016 tax filings that its college youth outreach efforts reached over one hundred campuses. Peta2 representatives showed students an “Arc of Justice” exhibit—a timeline of animal rights groups victories where students can sign a wall with slogans like “GO VEGAN!” and “STOP BUYING LEATHER,” while dreaming of a future where people will “look back in horror on the practice of eating animals’ body parts.”

Peta2 even offers students resources to help with their homework: archives of information with articles claiming animals “are not ours to eat,” “are not ours to experiment on,” “are not ours to wear,” and “are not ours to use for entertainment” in zoos and aquariums. The peta2 website posts articles with provocative titles like “Is Tattoo Ink Vegan?” and “How to Have the Ultimate Cruelty-Free Prom” (hint: it involves vegan mascaras and silk-free prom dresses to avoid financially supporting “the product[s] of a [silkworm] massacre”).

People for the Ethical Treatment of Animals receives funding from a number of ostensibly mainstream center-left organizations and donors. The Tides Foundation, a major pass-through funder, has given PETA nearly $1.8 million since 2003. The John L. Neu Family Foundation, which supports left-wing groups like the Natural Resources Defense Council and William J. Brennan Center for Justice, gave PETA $400,000 in 2015.

What do you get when you cross radical environmentalism and grizzled guerilla activism?

It’s a joke that needs no punchline. PETA, like much of the extremist animal liberation movement it represents, has a long and destructive history of domestic terror campaigns. For decades the organization has experimented with numerous approaches—“direct action” terrorism, celebrity endorsements, shock value, and corporate infiltration—and, in all likelihood, it has the creative tenacity to continue trying more.

But whatever PETA achieves, it won’t be finding happy homes for man’s best friend. It’ll be a brave new world without meat, clothing, or the companionship offered by our furry friends. 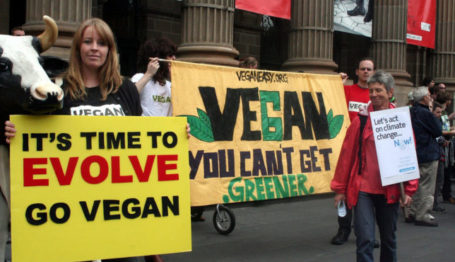