If conservative donors hope to effect real change on college campuses, they need to be very careful about the ways they offer funding. 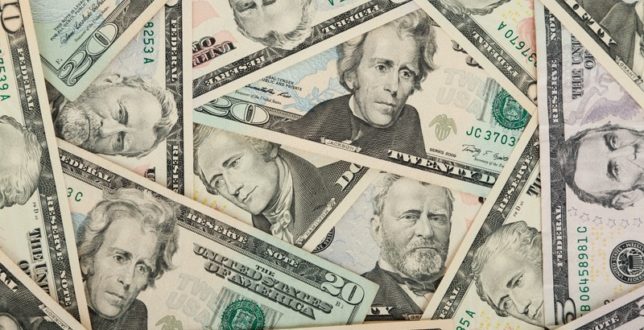 For decades, conservative philanthropy has supported many different institutions, organizations, and projects within America’s vaunted higher-education system. This giving has usually been meant to maintain or improve the quality of—and sometimes reform—higher ed. For many conservative givers, the underlying motivation has been to make higher ed less alienating not only for individual conservative faculty members and students, but for conservatism in general.

Now, it seems as if all of America has taken on the characteristics of campus culture. If conservative philanthropy intended to neutralize well-credentialed academic progressives before the effects of their thinking reached the rest of the country, it didn’t. Looking back, given those high stakes, it might be time for a serious audit of conservative giving to higher education.

Looking forward, conservatives need to consider how they should—and shouldn’t—support higher ed if they want to defend the country from the depredations of the woke.

Many are boldly and properly calling for a rebuilding of institutions to help refine or redefine conservatism moving forward. Any coming conservative counter-revolution will need these institutions to, as revolutions do, overthrow and replace the establishment.

One wonders, however, whether it’s realistic to aim for an “overthrow” of the higher-education establishment. Asmart way for conservatives to give in higher ed is to conceive of it not as a revolution, but an “insurgency.” An insurgency is a rebellion from within, by members of and participants in the existing system’s structure. Here, that’s behind higher ed’s “enemy lines.”

Insurgencies can complement larger “revolutions.” Supporting insurgent sedition might be harder, though, and demand a different mindset. Conservative donors should only consider doing so in a clear-eyed way. Success will depend directly on the degree to which they are stoutly resolute. This is a spectrum, and conservative givers have to place themselves on it. If there’s doubt, there are other grantmaking options.

Before considering higher-education grantmaking options, note that an imprudent way to give is to merely reflexively support an alma mater, no matter how much one may have liked his or her time there.

Within the range of options, a giver could broadly categorize them by institutions, faculty, students, and disciplines. With respect to institutions, it is possible to support either big or small colleges and universities, elite or … non-elite. Would-be donors should wonder where their support would have the most leverage, where their donated funds would be under the stewardship of trusted leadership, and—if this leverage or leadership is frustrated—how easily the funding spigot can be stopped.

The bigger the institution, the more difficult it may be to offer support consistent with a donor’s conservatism. The same goes for an institution’s level of prestige. The smaller or less elite an institution, however, the less likely it will be to sway higher ed broadly. A conservative foundation executive for whom I once worked argued against funding higher-ed “museums of piety.” There’s a risk of “ghettoization” of conservatism in higher ed in particular. Be wary of it.

There’s a risk of conservative ghettoization within elite institutions, as well. For example, there are a growing number of discrete academic centers, fairly characterized as conservative, at elite colleges and universities. These centers have avoided marginalization, but continued or additional support should be conditioned on protection from often-hostile host university administrations. They need to be peopled by more than just one “star” faculty member, on whom an administration can focus singular, unfair attention and attacks. Funding can be of help here, too.

Anothermistakemade by some conservatives who give to higher education is to permanently endow professorships that will be filled by an untrusted higher-ed institution—and over time, almost all will become untrusted. Don’t do it. In fact, avoid permanently endowing anything. Similarly, avoid student or scholarship programs the beneficiaries of which will be controlled by a (necessarily) spineless administration.

4. Prioritize independent para-campus organizations over colleges and universities themselves.

Funding organizations and projects for faculty and students outside control of the higher-ed establishment is generally an attractive option for conservative donors who want to support higher ed. Potential grantees include ones protecting the academic freedom of valiantly dissenting, heterodox voices on campuses—both college and university campuses in particular and the new “college campus” that is now all of America. Grant contracts can include clauses guaranteeing protection of academic freedom, as well. Consider them.

Other groups can help give individual faculty members necessary sabbaticals to research and write books and individual students educational-enrichment opportunities to learn what’s otherwise not taught to them in college. Discipline-specific projects might be easier to keep away from control by the establishment, too.

Conservative higher-ed donors should be careful not to do anything allowing or even helping an institution to self-interestedly dictate or raise its own price. This would include research, analysis, and advocacy leading to increased federal subsidization of tuition. It might, on the other hand, be worthwhile to fund research on and commentary about the massive, growing endowments at the “top” of higher ed.

Conservatives should build in exit strategies, or “off ramps,” as a final, smart way to do higher-ed giving. If there’s reason to believe an already-made grant will not achieve its aim, there should be a built-in, contractually secured way to end the funding arrangement. In particular, donors should consider a “third-party enforcement mechanism” to protect donor intent. This will be perceived as aggressive, but it is completely warranted given our current circumstances.

Not for the faint of philanthropic heart.

This article first appeared in the the American Conservative on August 27, 2020.