Should a Billionaire Run Arizona’s Elections? 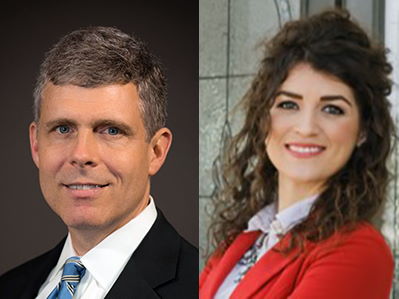 How many Arizonans like the idea of one billionaire family manipulating the way Arizona county election offices operate? That’s an unpopular idea for people across the political spectrum, especially when the billionaire is Facebook CEO Mark Zuckerberg, whose controversial actions make him distrusted by Left and Right.

Yet that’s what happened last November in Arizona and dozens of other states. Zuckerberg and his wife gave $350 million to a supposedly “nonpartisan” nonprofit, the Center for Tech and Civic Life (CTCL), which in turn re-granted the money to thousands of local government election offices across America, including nine of Arizona’s 15 counties.

Details aren’t easy to come by, because CTCL has refused to answer questions from The New York Times, the Associated Press, National Public Radio, and others. Despite CTCL declaring grants were meant to offset unforeseen expenses due to Covid, reports show that only a tiny fraction of the monies typically went to things like Personal Protective Equipment. CTCL cared much more about financing liberally placed drop boxes around each county and how many foreign language ads would appear in.

That’s because CTCL’s leaders are experts in every trick in the Left’s handbook of juicing turnout in the locales and demographics that help their preferred political party. CTCL’s founders all came from another group, now defunct – the New Organizing Institute. Unlike CTCL, which is a so-called 501(c)(3) charitable nonprofit that’s legally required to be nonpartisan, the New Organizing Institute was a 501(c)(4) nonprofit, which allowed it more flexibility to meddle in politics. And meddle it did. The Washington Post bluntly called it, “the Democratic Party’s Hogwarts for digital wizardry,” because it spread that party’s state-of-the-art voter turnout techniques.

How similar are CTCL and the New Organizing Institute? They’re so similar that the Capital Research Center posted a quiz with texts from both groups’ websites, to see if readers could tell one from the other. It’s a hard test, because the groups’ missions are essentially the same – turn out voters that will favor their preferred candidates.

Did that happen in November? Yes. The Capital Research Center analyzed state after battleground state to see if there were partisan patterns in CTCL’s funding and the election returns. Again, CTCL’s failure to reveal its funding makes data incomplete, but most states, though apparently not Arizona, saw CTCL’s cash go disproportionately to big cities rich with Democratic votes, like Philadelphia.

The near-universal effect of CTCL’s grants was disproportionately greater turnout for one political party. Here’s how it broke down in Arizona, comparing the votes for president in 2020 versus 2016. All 15 counties increased their votes for both parties, but not at all equally. And both parties saw their votes increase even more in the nine counties CTCL funded than the six counties it did not. Here especially the results were unequal.

That inequality in turnout translated into a lot of votes. Again, both parties had more 2020 votes in those nine CTCL-funded counties. But the additional votes Democrats received there gave them a margin over their opponents of 129,000 votes, or more than ten times the Democrats’ statewide margin of victory.

The Arizona Legislature is considering a bill that would ban private funding of county election offices, and we both testified on it. We understand why counties always like possible extra funds, but CTCL’s 2020 scheme raises the question of whether Arizona’s elections will be fair if they’re controlled by billionaires instead of the people’s elected representatives.

This article first appeared in the Arizona Capital Times on March 17, 2021.