From DC-centricity, to an emphasis on the local, humble, and practical. 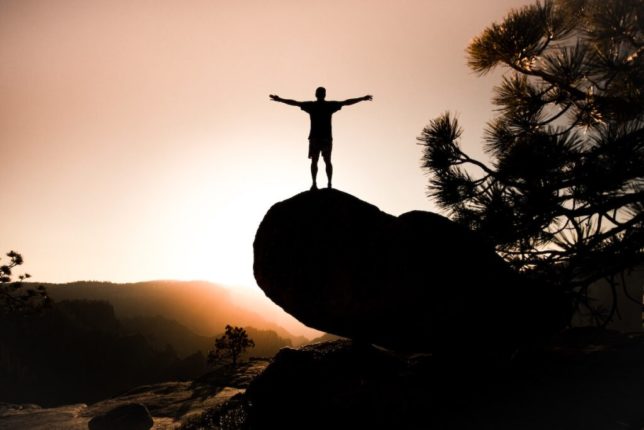 American Greatness assistant editor Lane Scott wrote an excellent piece in The American Mind last month about the degree to which conservatism will have to be local, humble, and practical to be successful. As part of her “Set Yourselves Free, Conservatives.” Lane also offers a critique of conservative philanthropy—of which it should probably take note, from which it should definitely learn, and on which it should try to act moving forward.

“What is needed at the national level is cultivation; a preparing and defending of the ground such that local platoons of citizens can sow and reap the harvest. To the extent that we have lost this understanding, we have allied with progressivism,” according to Scott,

This is understandably hard for career practitioners of Conservatism, Inc. to hear, but it’s the truth. The national conservative movement does very little for the average person while simultaneously laying waste to obscene amounts of our charitable donations and manpower. Wasted resources enervate the cause, but far greater damage is inflicted upon the soul of conservatism by the misdirection Conservatism, Inc. forces by ceaselessly redirecting the everyman’s gaze away from his neighbors toward national troubles and national ruin, national initiatives and national scandal. Reform will not happen nationally. Reading articles and posting on Facebook is not political action. It’s not going to work to have a well-paid team of intellectuals and advocates shout into the ether about this country’s lost promise and eternally-threatened constitutional republic.

Ouch. The whole thing is well worth the inspiring read.

The philanthropically supported intellectual infrastructure of conservatism, in other words, grew too distant from those on whose behalf it often purported to speak, as seen by Scott and so many others. Hence that which gave rise to the populism with which conservatism has been dealing since 2016, is now dealing, and will be dealing for some time.

Scott’s allegation against the conservative well-funded infrastructure of an at-least partial “alliance” with progressivism—resulting from the “lost understanding” of those for whom it purported to speak— might seem stinging to some, as Scott notes. But recall the “national-greatness conservatism” about which that infrastructure’s William Kristol and David Brooks first wrote in a 1997 Wall Street Journal op-ed, however. It became the conceptual centerpiece of some groups, in the coastally based infrastructure, that were friendly to 2000 Republican presidential-primary candidate John McCain. They proudly invoked the progressive “Bull Moose” label and imagery.

The newer notion of “national conservatism” now being bandied about by some conservative intellectuals is not a product of the infrastructure rejected by Scott and the others. It is actually a reaction to the infrastructure’s failings, calling for an again-shared and respected American national identity. E pluribus unum.

In fact, as Scott notes, “Here in my county, my family and friends don’t see ourselves as opposed to or fearful of the larger community, but rather as its defenders, cheerleaders, servants, and faithful sons and daughters.” She touchingly describes how she and her husband, with neighbors, helped start a new school for their children, enlivened their Catholic parish, and handled the aftermath of wildfires that devastated nearby homes where they live in California.

My Giving Review co-editor Bill Schambra noted in 1985 in The Public Interest that as the progressive idea of “national community” declined since its Great Society zenith, “Americans had begun to indicate that they now preferred to satisfy the quest for community in more traditional ways, through the small assemblages of family, neighborhood, church, and ethnic and voluntary associations.” It’s part of our identity.

Similarly, this Scott still sees. “The war for self-government is being fought by an army of anonymous citizens who are slowly building back up the essential secondary institutions that centralization has destroyed,” she writes. Most of them are not, and don’t want to be, in Washington, DC.

As conservatism itself is being refined and redefined, including with contributions from these new “national conservatives,” it and its financial backers would do well to wrestle with what Scott writes. Yes, it needs the nationwide cultivation she recommends, to prepare and defend “the ground such that local platoons of citizens can sow and reap the harvest.” That would be liberating, unifying even. Out of many, ….

This article first appeared in the Giving Review on August 5, 2020.