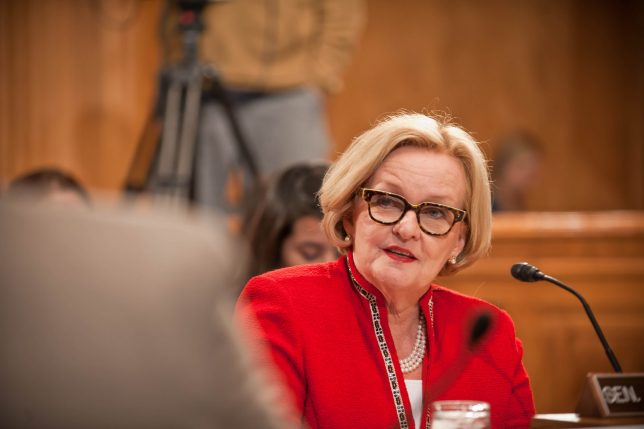 This article is crossposted from Philanthropy Daily – dated July 19, 2017

As if Washington didn’t have enough Russian scandals, or supposed scandals, Sen. Claire McCaskill (D-Mo.) has provided another one. The Washington Free Beacon’s Brent Scher recently reported that Sen. McCaskill used a philanthropic foundation that she and her husband, Joseph Shepard, created in 2013—the Shepard Family Foundation in St. Louis—”to pay for a dinner she attended at Russian ambassador Sergey Kislyak’s Washington, D.C., residence” in honor of a Missouri congressman in 2015.

The Shepard Family Foundation supports many nonprofit organizations, most of them in Missouri.  But in 2015 it also paid $873 to the American-Russian Cultural Cooperation Foundation, Scher reports, where Russian Amb. Sergey Kislyak is honorary chairman of the board.

The report is interesting to many because, while McCaskill is a stern critic of the meetings, contacts, or conversations that U.S. Attorney General Jeff Sessions had with Kislyak, she claimed in March that she’d never had any similar meetings or conversations with Kislyak.

Sessions’ contacts were not formally reported in a timely enough manner for her and others, so it’s also interesting to learn that McCaskill did not report her foundation’s payment for the Russian dinner to the Senate ethics committee until very recently.  McCaskill’s office maintains that the failure to disclose the payment was a mistake, and that it was corrected when she realized it.  She also says the $873 contribution was part of an intended $1,000 donation, which was reduced when she and her husband paid for their own meals at the dinner.

But another question arises:  Whether technically for their own meals or not, is such a payment a proper use of nonprofit-foundation funds?

That question is similar to the questions being raised about the propriety of particular payments by the Donald J. Trump and Eric Trump foundations by New York Attorney General Eric Schneiderman.

“My interest in this issue really is in my capacity as regulator of nonprofits in New York state,” Schneiderman told CNN’s Jake Tapper in September 2016.  “And we have been concerned that the [Donald J.] Trump Foundation may have engaged in some impropriety from that point of view,” added Schneiderman.

Schneiderman is right:  state attorneys general do regulate nonprofits in their states.  In fact, in March 2016, the aggressive New York law enforcer led a high-profile conference of his fellow state attorneys general, all of them keen to delve into which nonprofits under their jurisdictions were doing to “deny” global warming, and what could be done about them.  Subpoenas soon followed.

Maybe Missouri Attorney General Josh Hawley should look into the McCaskill foundation’s initially undisclosed payment to the Russians related to a dinner at their ambassador’s house.