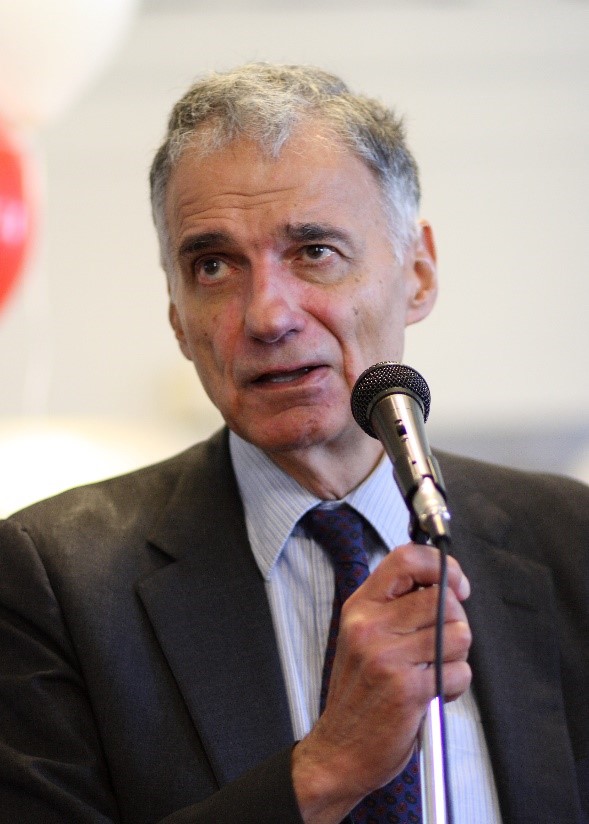 The oldest and perhaps best-known part of the Public Interest Network are the Public Interest Research Groups, or “PIRGs.” The PIRGs grew out of the student activism of the 1960s and early 1970s around a group of left-wing “consumer activists” known as “Nader’s Raiders” after their leader and intellectual progenitor, community organizer and four-time presidential candidate Ralph Nader. Like the now-defunct ACORN (the Association of Community Organizations for Reform Now), which was created around the same time in the early 1970s by activist Wade Rathke, the PIRGs followed Nader’s vision of a radical “new populism.” This new populism largely took the form of community organizing, the strategy envisioned in the 1960s by veteran Chicago political activist Saul Alinsky and honed by icons of the New Left like Heather Booth, Harry C. Boyte, and Nader himself.

From the start, Nader intended the PIRGs to be centered on college campuses across the United States and Canada, beginning in Oregon and Minnesota. While they were always intended to be run by lawyers able to coerce government agencies into advancing left-wing policies concerning the environment, housing, and public utility prices, it was Nader’s idea to fund the various PIRGs with student university fees. Because they were aided by mandatory fees enforced by sympathetic university administrators and approved by liberal-controlled student governments, many of the early state PIRGs became the best-funded student groups on their campuses.

As David Seidemann, an environmental science professor at Brooklyn College, wrote in 2016: “administrators at public universities across the country have granted [the PIRGs] unique campus privileges and funneled millions of dollars—in part, from mandatory student fees.” As a result, the New York chapter of PIRG (NYPIRG) now “raises more money than all other campus student groups and surreptitiously diverts those funds to its statewide lobbying operations”—as much as $1 million forcibly raised from the pockets of college students each year.

In the case of the Oregon State PIRG (OSPIRG), Mark Hemingway wrote for National Review in 2008, students vote on those fees every two years during student government elections, “in which only 5 to 10 percent of [the University of Oregon’s] 17,000 students typically vote. So OSPIRG needed only about 800 votes to get a big fat check.” According to Hemingway, the student fees are then siphoned from the PIRG’s 501(c)(3) clearinghouse to its 501(c)(4) lobbying arm through absurdly high consulting fees, rent on unused office space, and other supposed “services.”

As journalist Kelley Griffin noted in More Action for a Change—a favorable history of the PIRGs forwarded in 1987 by Nader—the structure of each state PIRG didn’t deviate far from the model of the early 1970s. Each PIRG is represented by a local board for each college campus, which channels students and resources to the state leadership. From there, professional staff coordinates all lobbying and research studies across the state—usually consumer surveys followed by lobbying on specific industry legislation, such as defective-toy regulation.

MASSPIRG is one of the largest and oldest state PIRGs, created in 1972. It markets itself as “an independent voice for consumers” and has lobbied for various environmentalist policies, including a plan to run the University of Massachusetts system with 100 percent renewable energy by 2050. It took credit in 2015 for the scheduled shutdown of the Pilgrim nuclear power plant, has called for a constitutional amendment to overturn the Supreme Court’s Citizens United decision, and regularly performs voter registration and mobilization drives on college campuses intended to turn out young voters to support Democratic Party candidates.

Although Nader has since left the PIRGs to found other advocacy groups such as the anti-free market Public Citizen, they have grown in influence since he expressed his vision for them five decades go.

In 1978, President Jimmy Carter called on “faculty, university administrators, and all concerned students. . . to provide the support necessary to PIRGs so they may further expand their valuable work in solving some of the pressing political and social problems of our country.” Disgraced New York state Attorney General Eric Schneiderman, who resigned in May 2018 after four women accused the liberal politician of sexual abuse, twice served as counsel to NYPIRG’s mass transit advocacy project, the Straphangers Campaign. And in 2012, then-New York Attorney General Andrew Cuomo awarded NYPIRG a $10 million state grant—more than twice its budget—to promote NYPIRG in the group’s national advertisement campaign.

But by far NYPIRG’s most powerful connection came from its most illustrious alumnus: former President Barack Obama. The Columbia University graduate worked full-time as a community organizer for NYPIRG from February through May 1985. Nearly 20 years later, then-Illinois Sen. Obama met Gene Karpinski, the longtime executive director of the U.S. Public Interest Research Group, at the 2004 Democratic Party Convention in Boston. “I used to be a PIRG guy,” Obama told him. “You guys trained me well.”

At the top of the network of the 24 or so state PIRGs is US-PIRG, the national entity, which was created in 1982 after its short-lived predecessor, the National PIRG Clearinghouse, was dissolved in 1979 after just two years in operation. The Washington, D.C.-based group is primarily an advocacy and lobbying organization for federal legislation. Since 1998, the group has spent just under $8 million in lobbying, its primary occupation (between 1994 and 2016 US-PIRG contributed just $94,000 to Democratic politicians). Of the roughly 350 bills US-PIRG has lobbied for since 2011, most are consistent with the professional Left’s agenda. The Hill, for example, credited US-PIRG with being a “driving force” in the creation of the Consumer Financial Protection Bureau in 2012 as a result of the Dodd-Frank Act.

But in May 2016, US-PIRG did something a left-wing organization normally wouldn’t. The group formally opposed a new rule by the Obama administration’s Labor Department that would have greatly expanded the number of workers who must be paid time-and-a-half after working 40 hours in a week. This overtime rule was cheered by labor unions but criticized by US-PIRG, which argued with a straight face that the rule would raise its labor costs to the point that “we will be forced to hire fewer staff and limit the hours those staff can work—all while the well-funded special interests that we’re up against will simply spend more.” The conflict proved to be a case-in-point in which a left-wing group discovers the high cost of implementing union-backed labor policies when those policies are applied close to home. (The rule itself never went into force; after a court ruling blocked it, the Trump administration elected to stop defending it.)

Ironically, US-PIRG’s use of underpaid, overworked canvassers has won it little love from the Left that it supports so effectively. The Huffington Post wrote in 2016 that the group’s “strong opposition to the [Labor Department] rule suggests it may have many staffers who earn less than $47,500 a year but regularly work more than 40 hours in a week.” A writer in the left-wing Daily Beast went further, hammering US-PIRG as “the liberal sweatshop” for often paying its canvassers less than minimum wage.

(It’s worth noting that US-PIRG is often confused for the Fund for the Public Interest, the main canvassing and fundraising arm of PIN infamous for hiring out canvassers to friendly organizations—more on that later. The bottom line is this: while US-PIRG is the federal lobbying arm of the Public Interest Network, its opposition to the Labor Department’s overtime rule was likely for the benefit of the Fund.)

US-PIRG and its 501(c)(3) counterpart are primarily funded by grants from the Massachusetts state PIRG (MASSPIRG) and a bevy of liberal foundations including the Rockefeller Foundation, Carnegie Corporation of New York, Tides Foundation, and Ford Foundation. But the majority of its funding has historically come from “membership dues” from individual US-PIRG campus and state affiliates.

The influence of the state PIRGs shouldn’t be underestimated. Unlike most national organizations with state affiliates (like Planned Parenthood), the biggest PIRGs rival—or even surpass—US-PIRG in assets. Consider the assets of state PIRGs in California ($10 million), Oregon ($7.8 million), Massachusetts ($8 million), Washington ($5.6 million), and New Jersey ($5.6 million). US-PIRG’s assets, in contrast, hover around $7 million (all figures from 2015).

But the state PIRGs also serve another critical function: generating future leadership for the Public Interest Network. In 1979, a young Doug Phelps became executive director of MASSPIRG, where he purportedly grew the organization’s budget tenfold. Today, Phelps is board chairman of the wealthiest state PIRG (CALPIRG), a MASSPIRG board member, and board chairman of US-PIRG.

Other Phelps lieutenants once worked as PIRG organizers, and their roots go deep. Wendy Wendlandt, now a senior vice president of PIN (among numerous other titles), joined Washington State PIRG in 1984 as an organizer and later served as the group’s executive director. Janet Domenitz, president of the 501(c)(3) US-PIRG Education Fund, served as MASSPIRG executive director in the early 1990s. And Susan Rakov, senior vice president of PIN, also worked as a MASSPIRG community organizer in the mid-1980s.

In the next installment of Secrets of the Public Interest Pyramid, explore the foundational layer of the network’s widespread influence.