A seemingly automatic, and unfortunate, link. 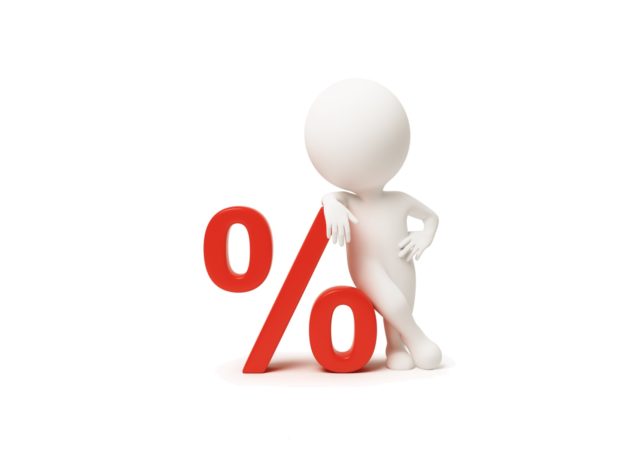 “We should talk about philanthropy,” Sam Harris says a little more than halfway through Episode #205 of his always-interesting Making Sense podcast last month. Harris is an author, philosopher, and neuroscientist who has written several bestselling books, most recently including Islam and the Future of Tolerance: A Dialogue with Maajid Nawaz in 2015.

“Obviously, I think we should encourage philanthropy as much as we can. I think it’s just ethically virtuous and necessary, given the state of our world,” Harris continues, speaking to his guest Daniel Markovits. “But when you think about these disparities in wealth that we started talking about in the beginning, you take the top one percent and stratify it with respect to these orders of magnitude, it’s amazing what the super-rich have compared to the merely rich.”

Markovits is the Guido Calabresi Professor of Law at Yale Law School and author of last year’s incisive The Meritocracy Trap: How America’s Foundational Myth Feeds Inequality, Dismantles the Middle Class, and Devours the Elite, which laments how a system set up to expand opportunity his instead created an entrenched, enduring, and affected ruling class. He also wrote a New York Times op-ed in April proposing a one-time five-percent wealth tax on the richest five percent of households as a way to support relief from the coronavirus crisis. 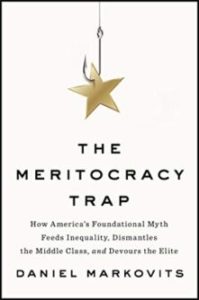 Harris endorses the proposal, which he was putting in context in this part of the podcast (in its second half, thus accessible only by subscription).

“People’s intuitions about this are bad enough that we don’t really even think about philanthropy rationally, or we don’t have the right emotional response to it,” according to Harris.

For instance, when someone like Bill Gates, or Mark Zuckerberg, or Jeff Bezos, and the people who have around $100 billion in wealth writes a check for $100 million to some cause, there are news stories that get written about that kind of philanthropy. But when you actually do the math, this is analogous to an ordinary super-rich person—someone who has a net worth of $100 million—writing a check for $100,000, right? Or someone who has a net worth of $10 million writing a check for $10,000.

That’s 0.1%, in the cases of both the super-rich and just the regular old rich.

“Again, it’s not that this sort of behavior shouldn’t be encouraged, but this is not a sacrifice,” Harris  continues.

These really are scraps from the table, and these are rounding errors on these people’s personal wealth, Just to bring this home to people listening to me, for the people listening, the average person: if you ever wrote a check for $500 or $1,000 to a cause that was important to you, you very well may have given away more of your wealth than the super-rich give away to have buildings named after them on university campuses or whole wings of hospitals.

In his response, Markovits agrees, saying, the “effect is even is even greater, because once a person becomes rich enough, it’s not a question of what percentage of their total wealth is being given away. It’s that at that point, the value of money to them as a way of buying things for themselves is zero.”

He adds that when these super-rich give their money away like this, “what they’re doing is they’re consuming in a different way, and it might be a perfectly admirable way to consume, but they’re consuming by translating their money into power … to control the world to make it better as they think it should be made better.”

How the Story Goes

Markovits then pivots to his wealth-tax proposal. “[O]ne of the appealing things about taxes and redistribution by the government rather than by private charity is it’s not at the discretion of the rich,” he says.

Agreeing with Harris, Markovits says the rich would object that his proposed wealth tax is “an offense against their entitlement that the government should take from them. But the mirror image of that,” he goes on, is that “it’s an assertion of everybody else’s entitlement as an equal citizen to say, No, no, no, this is not being given to me by you as a matter of your grace and favor as you see fit. This is my share of our joint project as Americans.”

So if “my”—or “our,” as the rest of the taxpayers’—actual share is a question of quantifiable percentage, and it would have to be if and when the tax is democratically debated and then perhaps ultimately levied, what should that numerical percentage be? Markovits says,

[M]y share is not zero if you’ve made $100 billion by some company—which is organized under the laws of our country, which uses our roads to ship its goods, which uses basic research provided by our universities to develop its products, which makes money off of a society and customer base that’s possible because it’s protected by our Army and Navy. You see how the story goes.

Well, okay, the “share” is not zero, then, and it’s presumably more than what’s being paid now—and, in fact, if going by Markovits’ published proposal, it’s about five percent of the defined super-rich’s wealth, at least as a justifiable one-time hit because of the current emergency.

(Markovits distinguishes his underlying logic from that behind Barack Obama’s oft-cited “You didn’t build this” line, which Markovits calls “an unfortunate way of making the point, because it suggests that the successful wealthy didn’t do anything.”)

A Cost Incurred by the Pairing

It sure seems as if many a conversation with or, as with Harris’ and Markovits’, among liberals about philanthropy end up as discussions about new or increased taxes of one sort or another. The left almost automatically pairs the two topics, as did Harris and Markovits. This is unfortunate; it incurs a real cost to the pursuit of their position—the potential helpful participation of conservatives in relevant arguments and the seeking of solutions.

If liberals are concerned about the state of philanthropy and the behavior of philanthropists—including the different scales of giving among various levels of the rich about which Harris is concerned—there would be at least some ways of meeting the challenges separate and apart from redistributionally raising taxes and enlarging government.

They might include merely bringing more public accountability to bear on grantmaking and grantmakers, as many already do now. Or, if one’s particularly concerned about the coronavirus crisis’ effects, maybe more stringently overseeing and enforcing the rules and regulations regarding that which is charity and that which is impermissibly political.

They might even include, as others have proposed, boosting the existing private-foundation mandatory-minimum payout. Or, even more boldly, perhaps reconsidering some forms of tax-exemption itself. There’d be others.

There may be at least some conservatives who could carry on a genuine conversation with these liberals about philanthropic concerns—of which conservatives have some of their own, too, of course—and challenges and opportunities.

We should talk more about philanthropy.

This article first appeared in the Giving Review on June 2, 2020.