The economist and Social Gospel movement leader thought and taught that some philanthropy “could and must come from government coercion,” as Ronald J. Pestritto reminds us in his new book on the rise and legacy of progressivism. 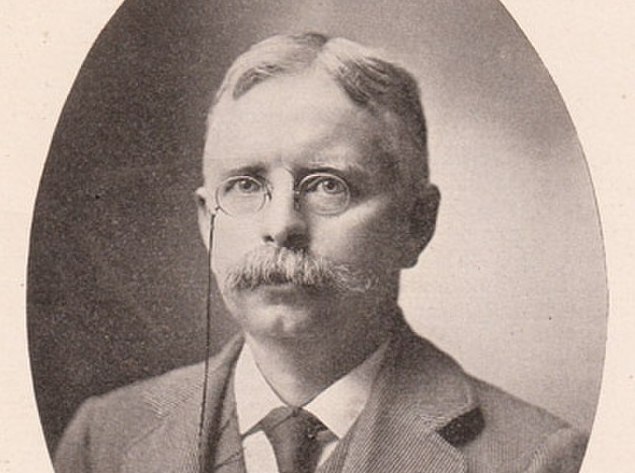 Hillsdale College graduate dean and professor of politics Ronald J. Pestritto’s new America Transformed: The Rise and Legacy of American Progressivism, from Encounter Books, explicitly aims “to demonstrate how an understanding of Progressive Era thought is essential to grasping the stakes of our present political debates.” It also sheds helpful light on that which has given rise to politicized, progressive establishment philanthropy’s contemporary thinking, and grantmaking. Progressivism was “deeply intertwined with a major cultural and religious movement coming out of the nineteenth century—the Social Gospel movement,” according to Pestritto, and “the major progressive figures were part of, and influenced by, that movement,” including Richard T. Ely.

“[E]asily the most important economic thinker of the Social Gospel movement,” as Pestritto labels him, Ely helped found the American Economic Association and taught at Johns Hopkins University and the University and Wisconsin. He “influenced many graduate students who would go on to become important figures in both the intellectual and political circles of the progressive movement.”

In Ely’s 1889 Social Aspects of Christianity, Pestritto recounts, Ely “argued that the Christian church had become too otherworldly and preoccupied with doctrine, which had led to its neglect of the poverty problem here on earth.” He “wanted to redefine what was meant by the term ‘church militant.’ Orthodox Christianity had used the term to signify laboring and praying for the salvation of souls in the next life. Ely urged instead a militancy for social justice here on earth ….” Pestritto quotes Ely as writing in Social Aspects of Christianity that salvation “means righteousness, in all the earth, and its establishment means hard warfare. … It is as truly a religious work to pass good laws, as it is to preach sermons … and all legislators, magistrates, and governors are truly as ministers in God’s Church as any bishop or archbishop.”

“As Ely moved to address the role of government in Christian social action, he had to redefine not only the term ‘church militant,’ but also what was meant by philanthropy,” according to Pestritto. Consistent with Pope Francis’ curiously innovative subsequent inclusion of “political charity” as within the “field of charity at its most vast,” Pestritto describes Ely as explaining,

If Christian duty required philanthropy, … we had to move away from the one-dimensional understanding of philanthropy as wholly voluntary. While the voluntary element of philanthropy was essential, we should also understand that some philanthropy could and must come from government coercion. Ely referred here to the Bible’s praise of the social duties imposed by the law of ancient Israel. The Bible showed, he argued, that “coercive philanthropy must rest on voluntary philanthropy. Neither one alone is sufficient.”

Weird. But for what much of current Big Philanthropy would probably consider the troublesome respect for religiosity there, that all sure seems precursively relevant to its clearly reigning, secularly equivalent, politicized worldview. Perhaps especially, and maybe predictably, its (self-)righteousness, “hard-warfare” attitude, and inexorably necessary redefinitions.

From the Bible to the Blurring

Voluntary philanthropy to government coercion. Generosity to justice, as Ford Foundation president Darren Walker puts it in his From Generosity to Justice: A New Gospel of Wealth, among other places. Charity to politics, to the unfortunate point where charity blurs into practically equaling politics outright.

Politicized, progressive establishment philanthropy’s desire to impose its approved universal solutions—including through the sector-bending support and use of government power that allows them to be implemented so much more efficiently—may not actually be so eerie. As Pestritto reminds us, it might really be Ely.

This article originally appeared in the Giving Review on July 15, 2021.