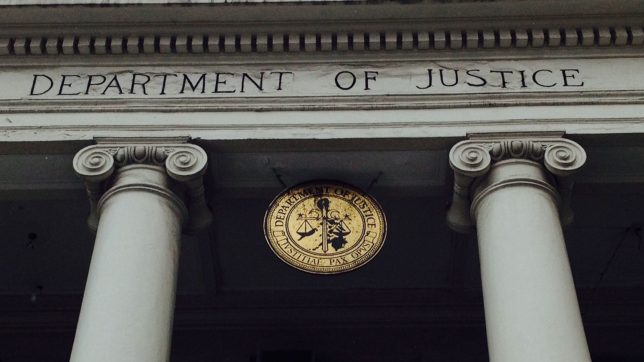 President Biden’s presidential transition and the early days of his administration point to two related conclusions: First, environmental and climate policy will be a government-wide priority. Second, nonprofit activist groups will likely be influential in shaping this policy.

This was clear from the composition of his transition agency review teams. As noted in a Scientific American article back in November, “from the Pentagon to the General Services Administration, President-elect Joe Biden has embedded climate-minded officials throughout his sprawling transition team.”

And the Capital Research Center’s own analysis of some of those teams revealed a significant nonprofit organization presence. The EPA team, for instance, included members currently or formerly employed at a variety of environmental advocacy groups such as Earthjustice, the Environmental Defense Fund, the Sierra Club, and the Natural Resources Defense Council. Other teams, the Department of the Interior, for instance, had similarly strong nonprofit organization representation.

It’s also apparent in Biden’s nominees and appointees. Michael S. Regan, who is currently up for EPA administrator, is a former associate vice president at the Environmental Defense Fund. Gina McCarthy, Biden’s selection for the brand new White House national climate adviser post, came straight from her position as president and CEO of the Natural Resources Defense Council.

At one level, this is all well and good. Biden won the election, and he’s entitled to fill his administration with those he considers reflective of, and knowledgeable about, the political priorities of the electorate that put him in office. And environmental policy certainly fits that bill. But at the same time, there are legitimate concerns about the proper relationship between nonprofit organizations and government that arise when the two become especially intertwined.

Take, for example, the president’s day one executive order directing a review of numerous agency actions related to climate change and the environment. One such review involves the possibility of reviving a controversial Justice Department practice allowing for payments to third-party groups as part of settlement agreements — parties that were neither victims of the alleged wrongdoing nor otherwise connected to the prosecution or litigation.

Critics have characterized this practice as a “slush fund” and as “’charitable’ shakedowns.” Rep. Dan Newhouse noted back in 2017 that “it was no secret that President Obama’s Department of Justice steered settlements involving large companies to either supersede Congress’ appropriations authority or to support third-party liberal activist groups that were not parties to the case at hand.” He observed, quite reasonably, that “the correct recipient of settlement funds in cases involving a harm against the American public is the taxpayer.”

A bill called the Stop Settlement Slush Funds Act of 2017 (H.R. 732), which would have ended the practice legislatively, never became law. But the Trump administration did promulgate a rule prohibiting it except in particular circumstances.

Now, some of the same nonprofit groups that opposed H.R. 732 back in 2017, Earthjustice, the League of Conservation Voters, the Sierra Club, and others, appear to have the administration’s ear. And the rule’s inclusion among a bevy of other environmental and climate-related agency actions up for review suggests that the Biden administration may be envisioning a role for third-party settlement payments precisely in the issue areas on which those groups advocate.

Nonprofit organizations should pursue the activities that their donors favor — donors who made voluntary and (hopefully) well-informed contributions. But the taxpayer is neither when he or she funds a third-party organization with settlement funds obtained by government attorneys — funds that could otherwise be directed to the public treasury.

And if the third-party recipient happens to be an activist group that stakes out positions on politically divisive issues, this can amount to a compelled contribution to an organization with views that many taxpayers might strongly oppose.

It remains to be seen whether the Biden administration will actually reinstate third-party settlements, and if so, how they will be implemented in practice. But if certain activist groups now look set to benefit from administration policies that will likely be much more aligned with their missions than was previously the case, perhaps they shouldn’t benefit financially as well.

This article first appeared in the Washington Examiner on February 9, 2021.