Revisiting Our Conversation with Journalist and Author John J. Miller (Part 1 of 2) 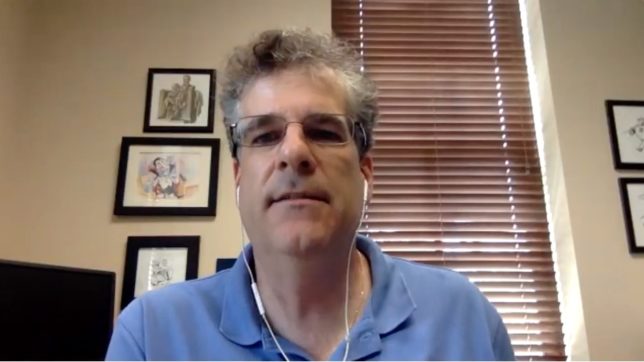 Since Encounter Books released John J. Miller’s A Gift of Freedom: How the John M. Olin Foundation Changed America in paperback earlier this week, we republish our two-part conversation with Miller, this first part of which is below. It originally appeared on August 10, 2021. The second part re-appears here.

John J. Miller is a storehouse of knowledge—which he’s good at, and always enjoyably good-natured about, sharing. Miller directs the Dow Journalism Program at Hillsdale College in Michigan, where he’s from and for whose teams he proudly and passionately cheers. He also founded the Student Free Press Association, which publishes The College Fix.

Miller is national correspondent for National Review and regularly contributes to The Wall Street Journal. He hosts two National Review podcasts, The Great Books and The Bookmonger.

Miller’s many books include two on philanthropy. His 2003 Strategic Investment in Ideas: How Two Foundations Shaped America, from the Philanthropy Roundtable, described the grantmaking strategies and tactics of the conservative John M. Olin and Lynde and Harry Bradley Foundations. 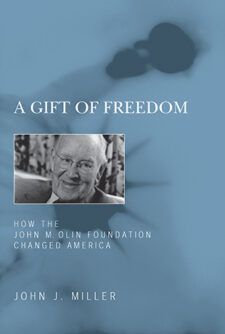 Miller also serves on the Apgar Foundation’s board of directors.

He was kind enough to speak with us late last month. The just less than 20-minute video below is the first of two parts of our discussion; the second is here. In the first part, we talk about his editorship of The Michigan Review, philanthropic support for conservative campus journalism, and the benefits of a long-term outlook on the part of grantmakers in pursuit of ambitious projects like transforming the media.

“[I]n the philanthropy of public policy and shaping ideas and opinions and so forth,” Miller tells us,

you really need to stick with winning institutions and ideas, where you are playing a long game. This is not about the next election. This is about the next generation and beyond. If you want to invest in transforming the media, if you want to … defeat or overcome or even just mitigate the effects of the liberal media establishment, you need great conservative and libertarian and freedom-loving journalists going into that business. Well, you don’t do that with a single grant that lasts a year.

You do this with investments across decades, frankly, where you’re building a talent pipeline that can repeatedly produce people who go into this industry and make their Mark, maybe after you’re gone. You need to be a strategic philanthropist who understands that … you may not live to see your influence. … [It] could happen a generation after you’re gone. But that’s the kind of consistency it takes, I think, to make a really big difference.

In the conversation’s second part, Miller talks about Olin himself, his foundation, his decision to “sunset” it, the reasons for its success, and whether—and if so, how—other conservative givers could replicate that success now and in the future.

This article originally appeared in the Giving Review on March 23, 2022.