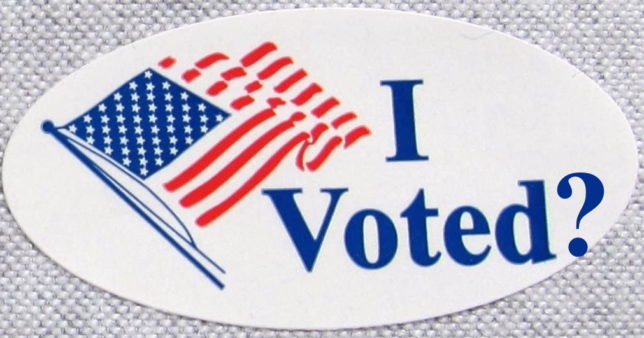 In July 2020, the U.S. Postal Service (USPS) warned 50 states and Washington, DC, that it might not be able to deliver some mail-in ballots on time for the presidential election, admitting that its slow pace might cause millions of votes to be disqualified. In the warning letters, USPS General Counsel Thomas J. Marshall asked state officials to change existing laws to require voters to ask for mail-in ballots at least 15 days before the election.

But timeliness is not the only problem troubling the vote-by-mail system. Horror stories about intentionally or unintentionally undelivered ballots, election offices discarding tons of improperly filled-out ballots, and ballots mailed to the wrong addresses abound. In the past few weeks alone, there have been reports of:

New York City residents were witness to several ballot disasters in September, such as when nearly 100,000 Brooklyn and Long Island voters were unable to use their requested absentee ballots due to return envelopes with incorrect names and addresses.

After harsh criticism from New York Gov. Andrew Cuomo and New York City Mayor Bill de Blasio, the city’s board of elections shifted the blame to Phoenix Graphics, an outside vendor they hired to design the mailing materials. The company used a new automated machine to assign names and addresses to return envelopes and oath statements, which evidently did not work as planned.

This came after many Queens residents received mail-in ballots marked for military use, despite having never served in the armed forces. The error left them confused and skeptical about whether their votes would be properly counted.

“I’m not happy about this,” said Doug Kellner, co-chairman of the state’s board of elections. “There are lots of questions of whether there is adequate quality control [at the city BOE].” Meanwhile, Manhattan Councilwoman Carlina Rivera was nonplussed: “For those of us paying attention, we knew this was coming. The issues in the primary, they were set to repeat,” referring to the 84,000 mail-in ballots that went missing during New York’s Democratic presidential primaries in June.

Disaster struck when Wisconsin tried to mix in-person voting with mail-in voting for its primary election. Many voters received their ballots late, some received different persons’ ballots, and some ballots never showed up. Counties throughout the state experienced mishaps, with delivery errors, mislabeling of packages, and computer glitches at election offices.

About 35,000 mailed-in primary ballots were rejected in New Jersey, and more than 1,600 ballots were discovered in a “mislabeled” bin two months after the state’s Democratic primary election.

As for the country at large, more than 550,000 mailed-in ballots during the 2020 presidential primaries were disqualified. Absentee or mailed-in ballots are often not counted due to voters’ signatures not matching with the ones on record. In other cases, they are not counted simply because they arrived late.

The “Experts” Weigh In

Narratives for a post-Trump victory are already being crafted for the media class by so-called experts. According to quotes from MIT political scientist Charles Stewart in an NPR article, those who try mail-in voting for the first time are more likely to have their ballots rejected due to errors, and young, black, and Latino voters are overrepresented in this group:

That’s the sort of thing that makes me wary about what’s going to happen in November when we get an even larger influx of people who haven’t voted, or haven’t voted by mail in the past.

If the results show a Trump win, we can imagine liberal pundits will be on TV the next morning blaming the outcome on missing ballots from key Democratic voting blocs. If the results say he lost, they will dismiss any claim that mail-in voting errors could have affected the election is preposterous, on the same level as a conspiracy theory. Of course, the New York Times is currently doing that by declaiming that “Conservative News Sites Fuel Voter Fraud Misinformation.”

Josh Mendelsohn, CEO of prominent Democratic data firm Hawkfish, said in an interview with Axios that it is very likely we will see a “red mirage” scenario, in which Trump will at first appear to have won in a landslide but will eventually lose to Biden when all the late mailed-in votes are counted. Whether this is merely Mendelsohn’s wishful thinking or a prediction with substantive evidence behind it, we can be sure that many will read such a scenario as an election being stolen.