Realism vs. Radicalism: the Practice and Promise of Philanthropy 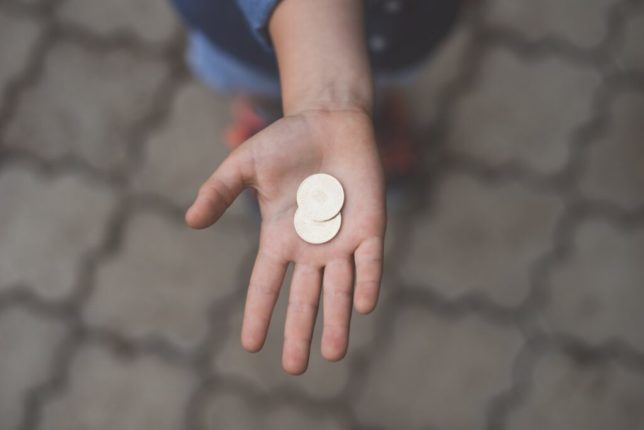 This article originally appeared in Philanthropy Daily on June 25, 2019.

Phil Buchanan’s new book Giving Done Right: Effective Philanthropy and Making Every Dollar Count capitalizes on his almost two decades of experience as a consultant to many of the largest grantmaking organizations in the American philanthropic establishment through his leadership of the Center for Effective Philanthropy. The book’s introduction was written by Darren Walker, president of the Ford Foundation, which has relied on the Center’s work and would have to be considered at the top of that establishment.

Giving Done Right shares much common-sensical wisdom that would benefit givers who are or might someday be part of that establishment. It’s also valuable for those with less money to give away or institutional heft to sway. Overall, for any type of giver—of any size, or ideology—Buchanan’s advice is refreshingly measured. With notable discipline, it is almost always properly qualified with realistic, everyday practicalities.

Buchanan’s most-pointed criticism is of a giving mindset that is too business-oriented. Too much of philanthropy, in his opinion, thinks and talks about grants as “investments” and doesn’t take into account the differing natures of business and philanthropy. This occurs among both liberal and conservative givers. He recommends recognizing the difference, and making grants in accordance with that recognition.

Buchanan’s other good guidance in Giving Done Right includes, among other things, to:

Given the number of them, there is more width than depth to the book’s recommendations—but they would be worth exploring in depth, including with Buchanan himself or the Center for Effective Philanthropy itself, were a giver so inclined. The “how-to” pointers are quite helpfully reviewed in numbered bullet points at end of each chapter.

Most of his counsel is basically borne of wanting to foster more humility on the part of givers.

During a time when the foundational premises and moral legitimacy of philanthropy are undergoing severe criticism in public opinion, Giving Done Rightis admirably meant to improve the practice and thus the promise of philanthropy, of which Buchanan is a promoter and defender.

One of today’s foremost critiques of philanthropy comes from Anand Giridharadas—a former Aspen Institute fellow, as part of a philanthropically funded program—who has garnered much media attention for condemning big philanthropy’s self-interested preservation of the status quo in his Winners Take All: The Elite Charade of Changing the World. Stanford University political scientist Rob Reich’s Just Giving: Why Philanthropy Is Failing Democracy and How It Can Do Betteris somewhat self-explanatorily subtitled. And foundation official Edgar Villanueva’s Decolonizing Wealth: Indigenous Wisdom to Heal Divides and Restore Balance, among other things, radically calls for philanthropy to grieve for the past genocidal slaveholding of capitalists and start making de facto private downpayments on the larger, necessary public reparations for their collective guilt.

These would certainly seem to be harsher critiques of philanthropy than anything in Buchanan’s Giving Done Right. In fact, these aforementioned critiques are not seeking to improve existing giving so much as to add a count to pending indictments of capitalism, which generates the wealth that creates philanthropy, and bolster arguments for expanding government to get rid of the inequality for which capitalism is blamed and for which philanthropy is apparently already guilty of complicity.

But, Buchanan told me, “I think my book is actually harsher about specific instances of philanthropic failure than any of the three others”—citing its critiques of foundation support for Teach for America absent stronger evidence of effectiveness, and some of the Bill & Melinda Gates Foundation’s education-reform grantmaking.

“My book is different,” he continued.

To me, it’s not better or worse. The goals of each are different. My book is more pragmatic. It’s rooted in the reality that here we are on planet Earth, where there are a lot of folks with a lot of resources and they can now choose what to do with them. And we can have all kinds of debates about whether they should have been taxed differently or how the money was made, but now here they are and they have a choice whether to give or not and they have a choice whether to do the hard work to learn how to give effectively or not. And that has enormous consequences for the vast and diverse range of nonprofit organizations doing, in some cases, really important work in communities and on issues in our country.

Giving Done Right is indeed realistic, not radical. It might call for some reform in the ways of giving, but it’s not a declaration of revolution or anything of the sort. To this extent, it might be considered a little bit behind the progressive times—which times we are in, interestingly enough, because of thinking and activism funded in large part by much of establishment philanthropy.

Buchanan has written a good book with good ideas to improve philanthropy. He and others are now having to defend philanthropy itself against overstated attacks on those who made, and how they made,  the fortunes creating it.