Propinquity and Philanthropy: A Follow-Up Conversation with AEI’s Ryan Streeter

“The Role of Community in Place-Based Giving,” new paper in series from think tank, explores why strong communities matter and how philanthropists can strengthen the local fiber that helps communities improve. 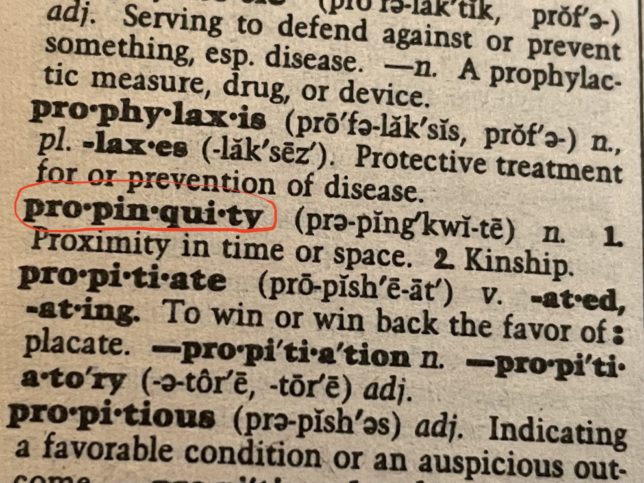 Last November, Ryan Streeter was kind enough to do a “Conversation with” The Giving Review to talk about state and local government, “compassionate conservatism,” and that which philanthropy can and should do to replace stagnation with dynamism in our society, among other things. “I think the amount of giving to organizations with this concern for the future of dynamism in America is sort of underserved compared to what the what the need is,” said Streeter, director of domestic-policy studies at the American Enterprise Institute (AEI).

Earlier this month, AEI published a related paper by Streeter, “The Role of Community in Place-Based Giving.” So we bothered him again. And he nicely agreed to do a brief follow-up conversation. 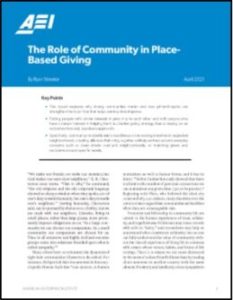 In the paper, part of a series on philanthropy and community from AEI, Streeter explores why strong communities matter and how philanthropists can strengthen the local fiber that helps communities improve. “Our sense of community is stronger when we regularly encounter familiar faces,” he writes. “Such encounters are only possible when the propinquity of everyday places makes them so.

“Funding connectedness is more important than is trying to fund specific outcomes,” he concludes.

In our just less than 15-and-a-half-minute conversation about it, a video of which is below, Streeter talks about propinquity’s relationship with both the social capital necessary for human flourishing and the notions of national identity ascendant within conservatism today—as well as some ways in which to approach effective place-based giving and foster meaningful connectedness.

“[W]hen people are close to each other, but also close to the kinds of institutions at the neighborhood level that bring them together, whether formally or informally, good things just happen as a result of that,” he tells me.

To be an effective giver, Streeter says, “You have to have some knowledge of the community or at least know people who do.” As long as “people are motivated and they have a vision of what they want to achieve, making it possible for them to do what they need to do is sometimes a question of resources. That’s where social entrepreneurs and people with money to give can actually make a real difference, by bringing those people together and just letting them do what they’ll do.”

This article originally appeared in the Giving Review on May 3, 2021.