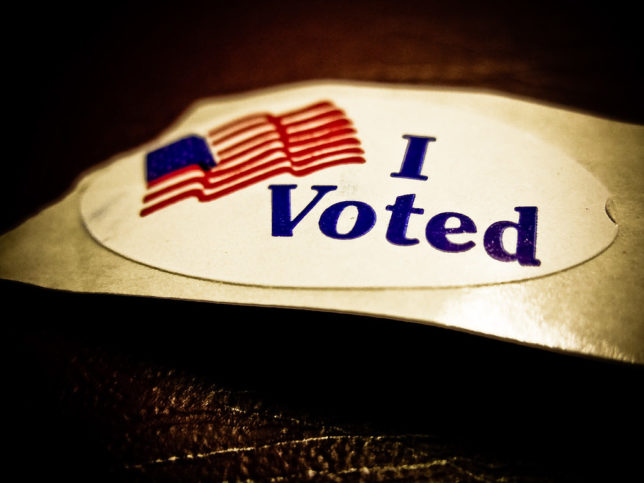 Recently, Catalist, the left-of-center voter database and political data modeling firm, released Revisiting What Happened in the 2018 Election: An Analysis of the Catalist Voter Registration Database, a report revealing how and where Democrats made the gains necessary to seize the U.S. House.

The report’s general details are unsurprising for a mid-term following the election of a new President, while the specific data points demonstrate useful information for anticipating the 2020 election. The report concludes with a prediction that turnout for the 2020 Presidential election will reach extraordinarily high percentages relative to past Presidential races, and also a warning that – despite conventional assumptions that higher turnout favors Democrats – the “gains that were made [in 2018] could very well bounce back to Donald Trump in 2020.”

Catalist is in a unique position to analyze this data; it’s a data clearinghouse for left-leaning organizations, that enables candidates and campaigns to specifically target donors and voters with specifically tailored messages and appeals. Labor unions, environmental groups, abortion activists, and voter registration groups all use Catalist and enrich its data with their own lists.

The major topline number Catalist reveals is the year 1914 – the last mid-term election where turnout rivaled the 51 percent voter participation from 2018. The report notes that 2018’s turnout gave more the appearance of a Presidential election than a mid-term, making it difficult to know whether to compare it to 2014 or 2016 when analyzing trends.

There are many dramatic changes for 2018 relative to the 2014 mid-term. While the type of voter changed little (single-digit percentage point shifts in favor of more minority voters, single women, and young adults), the preferences of the electorate altered dramatically. In 2014, Republicans won the overall national vote by 3 percentage points, but in 2018 Democrats won by 7 points. In 2014, Republicans held a 17-point advantage with white, college-educated voters, but this flipped to a 6-point Democratic advantage in 2018. The already huge 74 percentage point margin for Democrats among Black voters ballooned to 90 points, and the Latino margin swelled from +27 points to +42 points.

Importantly, despite the strong gains for Republicans and President Trump’s victory, Catalist notes the overall support for Republicans relative to 2014 declined from a 3-point GOP advantage to a 2-point Democratic advantage in 2016. The trend toward Democrats continued in 2018, jumping to a margin of 7 points.

But the 2018 margins continued to move to Democrats for different reasons. Revealingly, Republicans clawed back a tiny bit of ground that had been lost with Blacks and Latinos after 2014, while the big gains for Democrats in 2018 versus 2016 instead came among white voters and single women. In a likely related development, Catalist concludes that a lot of the 2018 electorate were or became swing voters: “a big piece of Democratic victory was due to 2016 Trump voters turning around and voting for Democrats in 2018.”

The report fails to explore an important variable that could be heavily influencing this data. The final RealClearPolitics composite poll prior to the 2016 election showed Hillary Clinton viewed negatively by 54.4 percent of the electorate, with Donald Trump disliked by 58.5 percent. While either might have lost to just about anyone else, it’s clear that perhaps the two most loathed major party candidates in the history of polling had the good fortune of running against each other. Mid-terms following the election of a new President frequently demonstrate “buyer’s remorse” against the new team in the White House, but no matter who won 2018 was anticipated to be an unprecedented storm against the President.

But, while 2018 was a typically rough mid-term for a party holding the White House, Republicans – this time without a severely disliked Clinton on the big stage with Trump – still eked out a larger majority in the U.S. Senate.

The extraordinarily unique distaste for the candidates seeking the White House in 2016 may have profoundly influenced the unusual intensity of 2018 turnout against the winner. But if that’s true, then going forward into 2020 some of the 2018 anti-Trump edge (perhaps all of it) will likely be matched on the other side because Democrats must once again put their own champion (with negatives of his or her own) in the ring.

Though not explicitly said in the narrative of the Catalist report, a fair between-the-lines interpretation of the data is that unless Democrats nominate a broadly popular Presidential candidate in 2020 the worst-case election outcome for Republicans in the era of Trump may have already occurred.