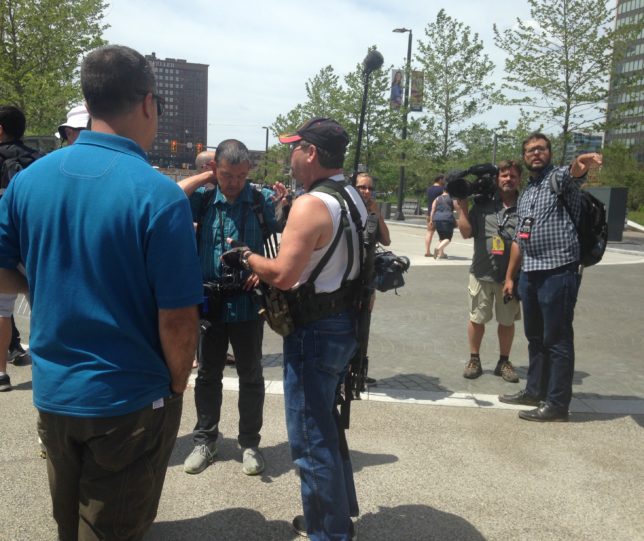 CLEVELAND — It is still fairly quiet near the site of the Republican National Convention but word is it won’t stay that way. Police are shutting down more and more streets downtown.

A pro-Second Amendment rally began at 12 Noon in Public Square. Black-clad riot police  were riding by on their bicycles. A plane was flying overhead with a banner from Infowars that said something like HILLARY FOR PRISON.

In places there have been more reporters than regular people.

Accompanying this post is a photo of a man carrying a long gun at the rally, surrounded by reporters and well-wishers.