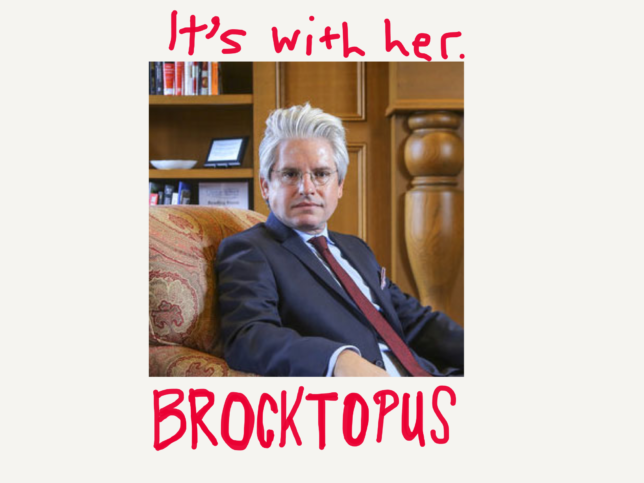 Before you die laughing, remember that the Brocktopus, that is, the network of groups the disgraced former journalist runs, spends oodles of money defending the anticipatory presidential bribe processing vehicle known as the Bill, Hillary and Chelsea Clinton Foundation. Brock’s empire of sleaze includes “conservative misinformation” watchdog Media Matters for America, pro-Hillary disaster-control spin site Correct the Record,  and American Bridge 21st Century, a super PAC that promotes Hillary and attacks her critics.

The call by watchdog group CREW, or Citizens for Responsibility and Ethics in Washington, has to be the most obvious political hit job of this election cycle.

“The Trump Foundation appears to have violated this prohibition by participating in Mr. Trump’s campaign,” wrote Noah Bookbinder, executive director of Citizens for Responsibility and Ethics in Washington, in a letter to the IRS. The watchdog group is allied with David Brock, a former enemy of Clinton’s who has now become one of her leading defenders.

The complaint focuses on the Donald J. Trump Foundation, a nonprofit founded by Trump in the late 1980s to give away profits from his book, “The Art of the Deal.” Today, Trump remains the foundation’s president, but the charity’s money now comes from other donors: Tax records show no gifts from Trump himself to his namesake foundation since 2008.

The foundation is quite small, by the standards of others listed as billionaires. The Trump Foundation has no full-time staff, and gave away just $591,000 in 2014 — the last year for which records are available.

The Donald J. Trump Foundation, headquartered in Woodbury, N.Y., is indeed small. It is ranked 4,347 in the FoundationSearch Top Foundations by Assets for the state of New York. Some money Trump raised at a campaign rally reportedly passed through his foundation. If the details interest you, read the rest of the Post piece.

Some on the Left will attack Trump for being a cheapskate but perhaps they should consider the fact that the billionaire hasn’t been using his foundation as a tax dodge (something left-wingers consider to be odious, unless you’re giving your foundation money to them).

It’s possible the Trump Foundation has been helping the Trump campaign but the philanthropy is so anemic it is difficult to imagine it doing much to help its benefactor’s political career. Even if the IRS takes up this piddling little case not much is likely to come of it. It’s a political stunt by CREW, a nakedly partisan group under the boot of one of Hillary’s biggest backers.

It’s the wheeling and dealing Clinton Foundation with its involvement in billion-dollar transactions, its ties to shady figures, and the debt it owes to the unsavory governments of countries around the world that needs to be examined. 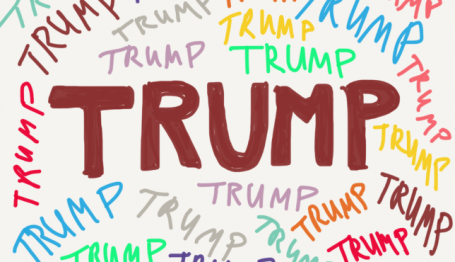