Poor Americans Tend to Love America—What Does That Mean for Fighting Poverty?

How we understand a problem affects how we try to remedy it. Is our understanding of the working poor accurate? 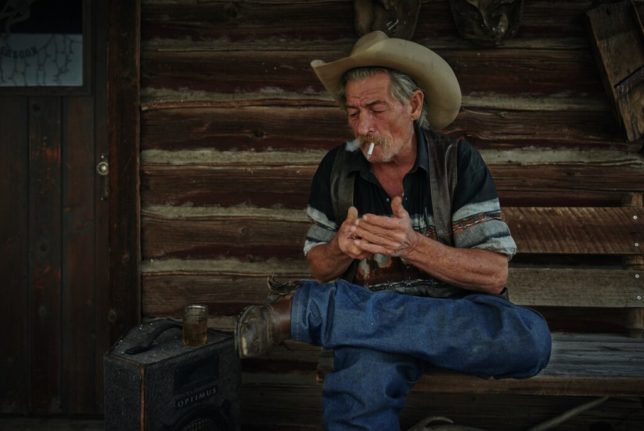 If philanthropists are going to do a good job in fighting poverty, they need to answer a fundamental question: who, exactly are the poor? What do they believe?

For the left, the poor are victims—of deindustrialization, of automation, of a brutal job market, of opioids. They are powerless over their fate and can only be saved through massive—and endless—subsidies from the welfare state.

The right sees the poor as winners in the game of life because of all the freebies they get—Medicaid, welfare, food stamps, subsidized housing, and someday a universal basic income. They remember when Ronald Reagan would denounce a welfare queen, who wallowed in Cadillacs and phony identifications.

The left saw Reagan’s “welfare queen” as an urban legend, and such eminent Americans as Paul Krugman and Tip O’Neill denied she existed. But she did, and her name was Linda Taylor. Slate’s Josh Levin found that nearly everything Reagan said about Taylor was true, in this 2013 article which Levin subsequently expanded into The Queen, a biography of Taylor.

But Taylor was news because she was unusual. If we’re going to find out what the poor want and need, we have to go beyond the lazy clichés of the left and the right.

Bates College sociologist Francesco Duina tries to do this in a piece from The Guardian, excerpted from his book Broke and Patriotic: Why Poor Americans Love Their Country.

Duina’s argument is that poor people have a surprising amount of patriotism. He begins with this question: if the poor are so oppressed, why haven’t they revolted? Why haven’t an army of the unfortunate besieged the homes of Bill Gates and Jeff Bezos, demanding cash?

His answer is that the poor are fundamentally patriotic people who are proud to be Americans. The World Values Survey says that nearly 100 percent of Americans “who belong to the lowest income group” say they are either “very” or “quite” proud to be part of our country and that the patriotism of the poor has increased slightly since the Great Recession.

The General Social Survey found that over 90 percent of the lowest-income Americans said they would rather be citizens of the U.S. than any other country, and that more poor people “would rather be citizens of the United States than any other nation.” About 80 percent of the American poor surveyed said the U.S. was “better” than other countries in the world.

Duina did field research in Alabama and Montana and spoke to 63 poor people. He quotes from a “middle-aged white man” he calls “Darrius” who was living out of a car in Billings, Montana with his pregnant wife. “So when we’re struggling and we’re super poor and broke and going through all these things, you almost have to believe in something better or higher…The American ideals are supposed to embody those things that are, are like good for humanity, you know…and it’s true.”

In an interview with the economic sociology section of the American Sociological Association, Duina makes another point: poor people’s love of the American nation happens despite unpleasant dealings with employees of the American state. They may have had unpleasant experiences with the police or with employees of social service agencies, but these encounters did not dent their patriotism. For example, an Iraq War veteran told Duina, “When I was in the military, I didn’t pledge allegiance to the president. I pledged allegiance to the Constitution.” For this veteran, the flag and the Constitution transcended the encounters he had with individuals.

National Review political reporter Jim Geraghty linked to this excerpt from Chris Matthews’s 2002 book Now, Let Me Tell You What I Really Think. 50 years ago, Matthews was a cop working for the U.S. Capitol Police with many military veterans who became cops once they left the military.

“My favorite was Sergeant Leroy Taylor,” Matthews writes. “He was one of those citizen-philosophers who instinctively grasped the country’s real politics, the kind that people live and are ready to die for. He and the other country boys would talk about how they would do anything to defend the Capitol. More than some of the big-shot elected officials, my colleagues in blue revered the place and what it meant to the republic. It wasn’t about them, but something much bigger.

“I will never forget what Leroy once told me and the wisdom it contained: ‘The little man loves his country, Chris, because it’s all he’s got.’”

If you’re surprised by poor people’s patriotism, you might want to rethink what you know about the poor—and then start consider what this means for how best to fight poverty.

What the Victorians knew, and what we have forgotten, is that the poor are individuals whose problems are as diverse as they are. It takes a great deal of listening, and a great deal of compassion, to help the poor. Anyone who thinks fighting poverty can be studied in a textbook instead of the street has a very shallow view of how to help the poor—and those of us who have stopped loving our country might learn a great deal from them.