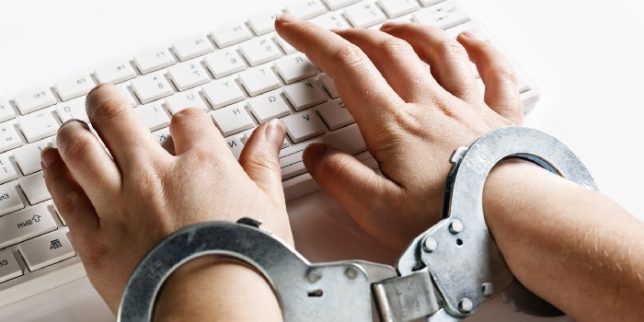 Last month, Twitter quietly expanded its policy devoted to combating “hateful conduct” by adding a prohibition on “misgendering” or “deadnaming” transgender users on its platform. According to Twitter, the site takes particular care to enforce its “hateful conduct policy” against people who allegedly malign “historically marginalized” groups, such as transgender people.

For those unfamiliar with the terms, “misgendering” happens when someone refers to a transgender person by the pronoun that does not match with his or her new gender identity; “deadnaming” occurs when someone references an individual’s birth name instead of the name he or she has chosen after, or while, transitioning.

While the section devoted to rationalizing Twitter’s policy against hateful conduct claims the site believes that free speech is a “human right” and that everyone should be able to “express their opinions and beliefs without barriers,” the site asserts that experiencing abuse on Twitter can “jeopardize” some people’s experience and ability to express themselves freely; therefore, the site has a stake in preventing users from encountering potentially abusive content. It goes on to say:

Research has shown that some groups of people are disproportionately targeted with abuse online. This includes; women, people of color, lesbian, gay, bisexual, transgender, queer, intersex, asexual individuals, marginalized and historically underrepresented communities . . . For those who identity [sic] with multiple underrepresented groups, abuse may be more common, more severe in nature and have a higher impact on those targeted.

Twitter states it is “committed to combating abuse motivated by hatred, prejudice or intolerance, particularly abuse that seeks to silence the voices of those who have been historically marginalized.”

Twitter’s policy against misgendering and deadnaming is listed as an offense alongside the site’s prohibitions on violent threats and calling for bodily harm. The section reads:

We prohibit targeting individuals with repeated slurs, tropes or other content that intends to dehumanize, degrade or reinforce negative or harmful stereotypes about a protected category. This includes targeted misgendering or deadnaming of transgender individuals. [Emphasis added]

During the campaign to get conspiracy theorist Alex Jones kicked off major social media platforms, Twitter CEO Jack Dorsey said the site’s rules are not applied retroactively. Twitter’s VP of Trust & Safety, Del Harvey, also said Twitter tries to avoid retroactive enforcement of its rules. At the same time, however, Harvey discussed how Twitter is constructing a new policy aimed at specifically banning accounts, like Jones’, for their allegedly dehumanizing speech.

In its new policy on misgendering and deadnaming, Twitter does not explain how the rule will be enforced. It is unclear whether the policy against misgendering and deadnaming will be retroactive in order to, for instance, apply to posts made about someone before his or her transition. It is also unclear about how it will be applied to posts discussing who someone was before his or her transition, such as the Olympic medals won by Bruce (now Caitlyn) Jenner. Twitter is also unclear how this rule will apply to misgendering someone who identifies as genderqueer or genderfluid, terms which refer to someone whose gender identity is fluctuating and changing.

Despite failing to address many nuances of the misgendering and deadnaming policy, Twitter has an array of consequences spelled out for people who may engage in allegedly hateful behavior:

When determining the penalty for violating this policy, we consider a number of factors including, but not limited to the severity of the violation and an individual’s previous record of rule violations. For example, we may ask someone to remove the violating content and serve a period of time in read-only mode before they can Tweet again. Subsequent violations will lead to longer read-only periods and may eventually result in permanent account suspension. If an account is engaging primarily in abusive behavior, or is deemed to have shared a violent threat, we will permanently suspend the account upon initial review.

The move by Twitter to ban deadnaming and misgendering was applauded by gay news site PinkNews, which shared users’ doubts about whether the policy would actually be enforced, and women’s issues website Refinery29. The United Kingdom branch of Amnesty International also weighed in, applauding the “good news,” but asking, “This is good news, but questions still remain. How will the ban be enforced? How are moderators trained? How can we hold @Twitter accountable without transparency?”

While conservatives often claim their free speech is being stifled by Twitter’s policies against hateful conduct, the belief that an individual’s gender is determined at birth is not a radical, hateful position—or even a purely conservative one. As a private company, Twitter is entitled to create speech codes and enforce them.

However, Twitter’s new policy against misgendering and deadnaming is out of sync with the opinion of a majority of Americans. According to a Pew Research Center poll in 2017, 54 percent of all adults surveyed said that an individual’s gender is determined at birth. By banning users from remarking on someone’s biological sex, or merely mentioning the name given to a person at birth, Twitter is catering to extremists and chilling free expression.