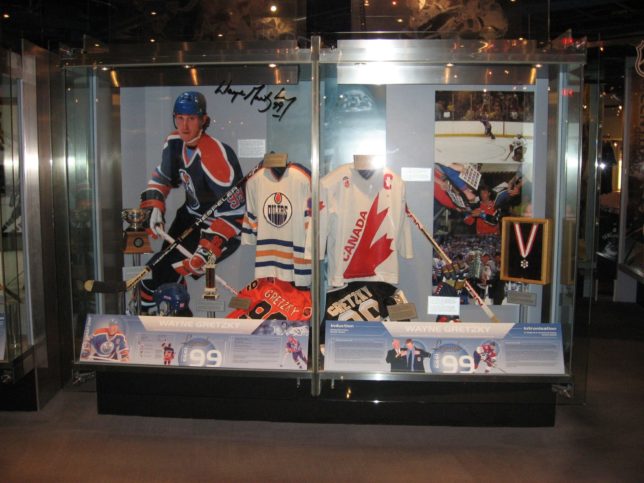 Sam Kyle’s new self-help Kindle book Playing the Long Game: How to Create Long Term Success in a “Right Now” World, begins by telling the familiar story about the simple, critical rule taught to hockey Wayne Gretzky by his father. Neither Kyle nor Gretzky seem to have considered its philanthropic implications—much less its potential complications for the recent Giving Review piece about philanthropically “pulling the goalie” earlier. If even only out of pure puckishness, however, we refuse to let you the loyal reader down. 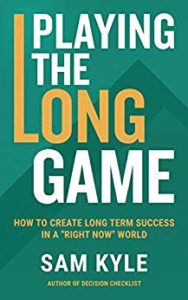 The rule: “Skate to where the puck is going, not where it’s been.”

“While other players relied on their speed and strength, Gretzky focused his attention on being two steps ahead of them at all times,” according to Kyle (emphasis in original). “He was always calculating where the puck was likely to move to and positioning himself there. He didn’t follow it or care where it had just been. He went where the puck was going and he let it come to him. That was the secret to his success.”

That’s the “long game,” at least as Kyle describes it.

What does it mean to play the long game? To borrow a sports metaphor, it means skating to where the puck is going, not where it’s been. In a more concrete sense, it means thinking ahead on a scale of years, decades, or even longer. It means understanding the extraordinary power of compounding—how tiny steps can add up as time passes. It means being willing to delay gratification today in favor of a bigger payoff later. It means understanding second-order effects and unintended consequences.

“While it’s easier to play the long game if you started a decade ago, the second best time is always now,” Kyle goes on to write. Switching to a more commonly used philanthropic metaphor, he continues, “Plant that tree. Even if your children will be the ones to enjoy the shade.”

Seen in this light—to get to this metaphorical shade—it doesn’t mean waiting to pay. It means paying now.

Playing the “long game” means thinking about the right risk in assessing the future, just as New York University math professor Aaron Brown and hedge-fund manager Clifford Asness urged in their paper recommending that hockey coaches “pull the goalie” much earlier than they usually do. In deciding whether to “pull the goalie,” think about the underappreciated risk of waiting. In the “long game,” think about where the puck’s going and where it’s going to be.

Thinking about where the philanthropic “long-game” puck’s going and where it’s going to be, by the way, requires an understanding of its trajectory—of history. And in thinking about the risks of waiting to spend while considered whether to philanthropically “pull the goalie,” be sure to weigh the plausible possibility of a money manager or managers losing a lot of your foundation’s wealth as it’s sitting in accounts waiting to be disbursed in the form of grants. Maybe just as well to get it out to grantees at least trying to fulfill the programmatic mission.

Some recent Giving Review-recalled grants and grantmaking, based on the co-editors’ experience, are consistent with both “pulling the goalie” earlier and playing the “long game,” and they may shed light on the approaches’ consonance. When Milwaukee’s Lynde and Harry Bradley Foundation pledged seven figures to the private Partners Advancing Values in Education (PAVE) organization in August 1995 to help pay all the religious-school tuition for thousands of students whose parents thought publicly funded vouchers would cover those costs, but the program was joltingly enjoined by the state supreme court just as the school year was starting, for example, that was philanthropically “pulling the goalie” earlier. The  choice cause was behind, and Bradley risked an even greater loss than it appeared might be on the horizon.

In fact, as in hockey, sometimes the earlier you pull the goalie, the more patient you’ll actually have to then be. Bradley’s PAVE grant was a quarter-century ago, and playing the philanthropic “long game,” then and since, has yielded great benefits, to families, students, schools, and school choice. It’s where the moving puck is.

When Milwaukee’s Lynde and Harry Bradley Foundation decisively acted on its own and pledged $20 million in June 1996 to help build what became the Milwaukee Brewers’ Miller Park, as others in the putative public-private partnership to put it together were wobblingly dithering, for another example, that was philanthropically “pulling the goalie” earlier. Things weren’t looking good for the project, and the foundation risked embarrassing itself.  That was more than a quarter-century ago, though, and playing the philanthropic “long game” than and since has also yielded the intended benefits. Interestingly, the baseball stadium is where the puck is.

So, properly assess the right risk, including of spending and not spending, or waiting. Risk losing, and now. Prepare to be patient, pull the goalie, and skate to where the puck’s going to be. Call it “empty-net, long-game philanthropy.”

(For further fun, perhaps coming soon: if ahead, a philanthropic “four-corners offense”?)

This article first appeared in the Giving Review on February 9, 2020. 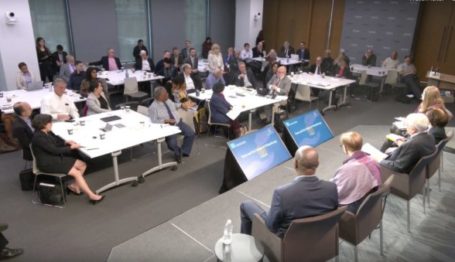 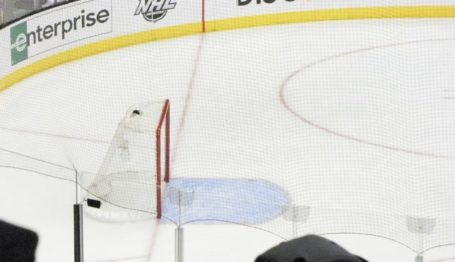 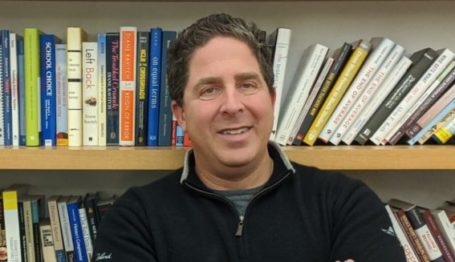