Planned Parenthood, NARAL Behind Sponsors of Bill That Roiled Virginia 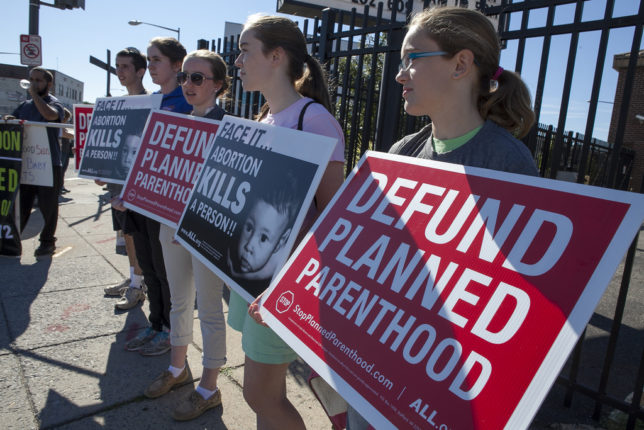 Tran and 16 of the 22 Virginia state legislators who sponsored the controversial legislation have together received over $17,000 from Planned Parenthood Virginia, $12,000 from EMILY’s List (a pro-choice advocacy organization), and $1,750 from NARAL Pro-Choice Virginia, according to public records accessed through the Virginia Public Access Project (VPAP).

Delegate Tran’s bill would loosen Virginia’s restrictions on late-term abortions. Current Virginia law allows for third-trimester abortions if and only if the mother’s life is in danger or her health is “substantially and irredeemably” impaired by continuing the pregnancy in the judgment of three doctors; Tran’s legislation would remove that restriction and permit late-term abortions with the approval of one physician and no proof regarding the health effects that the birth would have on the mother.

Under questioning from Republican legislators, Tran admitted that her bill would allow abortion in the state to occur up to the time of birth, creating a media firestorm. Her fellow Democrat, Governor Ralph Northam, tried to defend the bill; he ended up making things worse. “If a mother is in labor, I can tell you exactly what would happen. The infant would be delivered. The infant would be kept comfortable. The infant would be resuscitated if that’s what the mother and the family desired. And then a discussion would ensue between the physicians and the mother,” Northam said.

Northam, whose campaign has received almost $37 million since 2015, received millions of campaign dollars from pro-choice organizations in his numerous bids for governor. Planned Parenthood of Virginia donated $1,976,881 to Northam’s campaign in 2017 while Planned Parenthood Action Fund donated $115,454, according to VPAP.

Northam’s impolitic attempt to salvage the bill backed by his pro-choice patrons led one of Northam’s  former Eastern Virginia Medical School classmates to share a photo of Northam in blackface with a right-wing website, according to the Washington Post. The picture, from the school’s yearbook, depicted two men, one in blackface and one in a KKK costume.

Northam first admitted to being in the picture. Later he walked back his comments, saying it wasn’t him in the photo, although he admitted to wearing blackface while impersonating legendary singer Michael Jackson on a different occasion. Attorney General Herring, a Democrat and strong supporter of the abortion bill, called for Northam to resign following the controversy.

But the possible elevation of Fairfax to the governorship reportedly prompted a female university professor from California, Vanessa Tyson, to allege that Fairfax forced her to engage in sexual acts with him during the 2004 Democratic National Convention. Fairfax denies the allegation and asserts that his relationship with Tyson was consensual.

But this week he was embroiled in scandal. Herring—who had demanded Northam’s resignation amid his blackface controversy—admitted that he too had worn blackface at a 1980 college party. So the visceral reaction Planned Parenthood’s radical bill provoked may claim not one, not two, but three statewide political careers.