Philanthropy Might Benefit from more Generalists Instead of Specialists, Too

Liberally educated generalists with range, rather than narrowly focused specialists with technical expertise and sometimes-overbearing confidence. 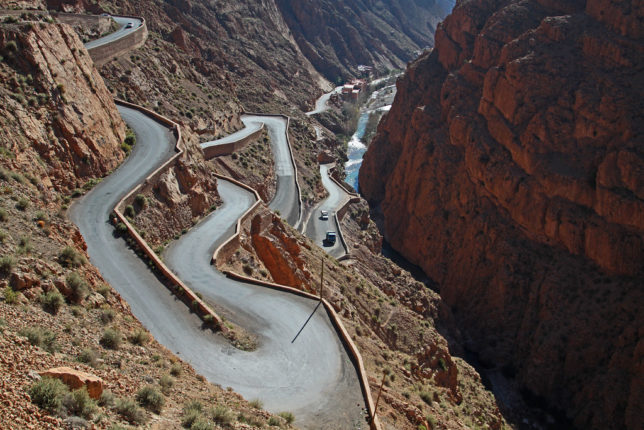 For his new bestselling book Range: Why Generalists Triumph in a Specialized World, David Epstein studied and intriguingly profiled the world’s most-successful athletic competitors, artistic creators, designers and innovators, forecasters, and scientists. He finds that in most fields—particularly complex and changing ones—generalists, not specialists, are best-positioned to perform well.

Epstein did not study and does not profile any philanthropists or what could be called “philanthropy professionals” in Range. The larger, established foundations in America are commonly staffed or advised by well-credentialed specialists in one area or another. One wonders whether they, their giving, or the giving they recommend might also benefit from some more generalist “range.”

“I dove into work showing that highly credentialed experts can become so narrow-minded that they actually get worse with experience, even while becoming more confident—a dangerous combination,” Epstein writes. Cognitive psychologists with whom he spoke, moreover, led him “to an enormous and too often ignored body of work demonstrating that learning itself is best done slowly to accumulate lasting knowledge, even when that means performing poorly on tests of immediate progress. That is, the most effective learning looks inefficient; it looks like falling behind.”

Epstein previously researched and wrote The Sports Gene: Inside the Science of Extraordinary Athletic Performance, another bestseller, and was a science and investigative reporter at ProPublica and a senior writer at Sports Illustrated.

“The challenge we all face is how to maintain the benefits of breadth, diverse experience, interdisciplinary thinking, and delayed concentration in a world that increasingly incentivizes, even demands, hyperspecialization,” according to Epstein in Range. The philanthropic word includes these incentives and demands, as well.

“While it is undoubtedly true that there are areas that require individuals with … precocity and clarity of purpose,” he continues, “as complexity increases—as technology spins the world into vaster webs of interconnected systems in which each individual only sees a small part—we also need more … people who start broad and embrace diverse experiences and perspectives while they progress. People with range.”

A long and wide view

There is already some evidence that knowledge development can rely too much on the exciting “new,” and this is certainly a risk borne in and by much of philanthropy. Givers should avoid reflexively, and perhaps pridefully, giving in to presentism and be more cognizant of the past.

Epstein’s Range makes a good case that there can also be too much reliance on overspecialized, specific expertise. If he’s right, givers should respect both:

Otherwise, too much of importance is being missed.

This would all apply to all givers, of course. For policy-oriented grantmakers in particular, it would apply to those of whatever ideological bent. In 1999, the program-staff leadership at the conservative Bradley Foundation, where I worked, prepared an internal document for its board to catalogue what it believed were the characteristics of its grantmaking, which was getting a lot of attention for its successes in the areas of school choice and welfare reform.

A program staff, according to the document, should comprise

individuals of a particular sort: liberally educated enough to understand the full sweep of cultural, philosophical, political, and legal issues that we come up against in our operations; politically savvy enough to understand which ideas may have resonance with the man in the street, and which are merely academic pipe-dreams; intellectually non-doctrinaire and flexible enough to forge and sustain coalitions with unorthodox allies; articulate enough to convey the purposes of our grant making to Board members and the public alike, with due regard for the legal limits of non-profit activity.

Well, that’s people with range, as Epstein might say.

“Such individuals are not easy to find, in part because these abilities are as much qualities of character as transmissible academic or philanthropic skills,” the old Bradley document notes.

Other foundations, of course, have dramatically different sorts of staff. Because they are typically organized into narrowly focused program categories (at-risk youth, low-income elderly, violence prevention), the staff they hire are likewise narrowly focused specialists in the management and evaluation of the program areas they oversee. Our liberal admirers point to these dramatically different staffing patterns as part of the reason for liberal failures and conservative success, condemning liberal foundations for micro-managing grantees whom they treat as “disobedient children,” while praising conservative foundations for permitting grantees to develop and pursue their own agendas within the context of a broader intellectual vision.

Liberally educated generalists with range, rather than narrowly focused specialists with technical expertise and sometimes-overbearing confidence, it seems both the document and Epstein say. Inside Philanthropy recently republished a piece by its founding editor David Callahan, author of The Givers: Wealth, Power and Philanthropy in a New Gilded Age, comparing conservative and liberal philanthropy again and passionately taking liberal grantmakers to task for their narrow technocratic vision.

Epstein wasn’t citable by the generalist Bradley staff’s document at the time, but if its analysis were generally right, it still could be and probably is the case now. For any interested givers seeking effectiveness, of any worldview, at least worth an informal pilot project with a control group or something like that, no?