Mostly in one of them, increasingly in another. But maybe it’s only “the terms of accreditation that have changed.” That would be bad. 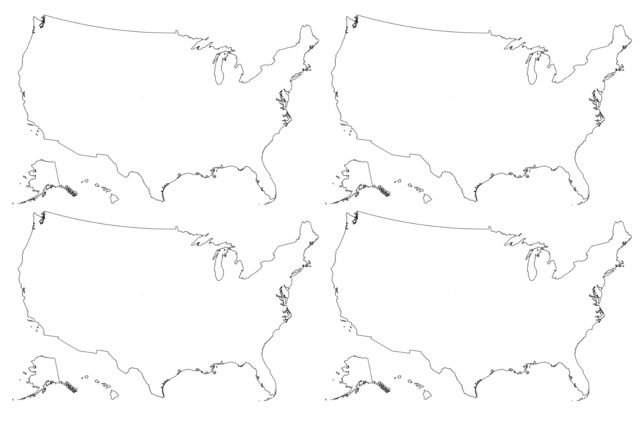 For his new Last Best Hope: America in Crisis and Renewal, George Packer—“the quintessential establishment liberal intellectual,” as aptly described by David Klion—has put together a survey of four different narratives that describe America. A staff writer at The Atlantic, formerly at The New Yorker, Packer’s book “raises the quality of political discussions at a time when they’ve been degraded,” in the opinion of James McElroy. 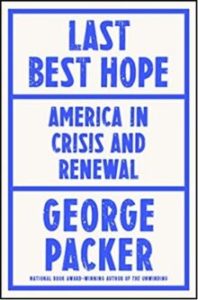 There are limitations to the exercise; “by using ‘narrative,’” McElroy correctly notes, Packer “gives himself permission to make assertions without argument.” But Last Best Hope’s framework can offer insights to and usefully help structure discourse about American politics, culture, and society. And, for those inclined to look, philanthropy.

Though not always explicitly, philanthropy is definitely in Packer’s four Americas—none of which “can be understood apart from the other,” he writes.

First, there is “Free America,” “the most politically powerful of the four” for the past half century, according to Packer. “Free America draws on libertarian ideas, which it installs in the high-powered engine of consumer-capitalism,” he writes. Protective of free enterprise and pro-business, it fueled the conservative movement pre-2016.

While Packer doesn’t, many other liberals have concluded that the much-vaunted intellectual infrastructure successfully underlying his Free America was created and fortified by conservative grantmakers.

For Ronald Reagan and in the narrative, Free America “meant freedom from government and bureaucrats,” Packer continues. “But once he was gone, and the Soviet Union not long after him, Free America lost the narrative thread.” As time went on, “for the sinking working class, freedom lost whatever economic meaning it had once had. It was a matter of personal dignity, identity.” (All emphases in original.)

Michael Lind, whom Packer cites elsewhere in Last Best Hope, and Christopher Caldwell have both seen philanthropy as part of classes seemingly an awful lot like that which Packer has peopling “Smart America.”

“You have a hard time telling what part of the country they come from, because they speak in the same public radio accents and their local identities are submerged in the homogenizing culture of top universities and elite professions,” Packer writes. “They believe in credentials and expertise—not just as tools for success, but as qualifications for class entry. … They’re not nationalistic—quite the opposite—but they have a national narrative.” Theirs. Meritocratic Smart America’s.

“Politically, Smart America came to be associated with the Democratic Party,” according to Packer. “Its donor class on Wall Street and in Silicon Valley bankrolled Democratic campaigns and was rewarded with influence in Washington. None of this appealed to the party’s old base.”

“As a national narrative, Smart America has a tenuous sense of the nation,” he goes on.

It doesn’t hate America, which has been so good to the meritocrats. …

But Smart Americans are uneasy with patriotism. It’s an unpleasant relic of a more primitive time …. The winners in Smart America—connected by airplane, Internet, and investments to the rest of the globe—have lost the capacity and need for a national identity, which is why they can’t grasp its importance for others.

Third is “Real America.” Packer starts by exemplifying Real America with Sarah Palin. “She was a western populist who embodied white identity politics,” “John the Baptist to the coming of” Donald Trump in 2016. But “Real America is a very old place,” Packer continues. “The idea that the authentic heart of democracy beats hardest in common people who work with their hands goes back to the 18th century. It was embryonic in the founding creed of equality.”

Packer takes Real America seriously in Last Best Hope, but as with Palin personally, gets his harsh critiques of the whole “country” in. For example, “Real America has always been a country of white people,” he thinks, as the Smart American he is. “From its beginnings Real America has also been religious, and in a particular way—evangelical and fundamentalist, hostile to modern ideas and intellectual authority,” he continues.

In the wake of the 2008 financial crisis and the Great Recession that followed, he recounts, Real America concluded that “[t]he guilty parties were elites—bankers, traders, regulators, and policymakers.” Grantmakers are elites, too. “The system was rigged for insiders” in Real America’s eyes, Packer notes. “The economic recovery took years; the recovery of trust never came.”

The philanthropically supported Conservative, Inc.—untrusted, nay derided, by Real Americans—can certainly attest to this, along with so many other institutions. There is a continuing, potentially healthy, tension between Free and Real Americas, with which conservative philanthropy is and will have to continue trying to deal.

In the wake of the dramatic and, to them, traumatic victory of Donald Trump in ’16, Packer observes,

Progressives, shocked by the readiness of half the country to support this hateful man, seized on racism as the single cause and set out to disprove every alternative. But this answer was far too satisfying. Racism is such an irreducible evil that it gave progressive commanding moral heights and relieved them of the burden to understand the grievances of their compatriots down in the lowlands, let alone doing something about them.

A Site of Continuous Wrong

Fourth, then, “Just America”—“another rebellion from below,” according to Packer. “As Real America breaks down the ossified libertarianism of Free America, Just America assails the complacent meritocracy of Smart America. 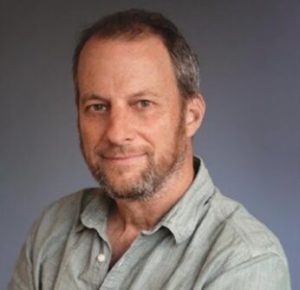 “A more accurate name would be Unjust America, in a spirit of attack rather than aspiration,” Packer continues. “For Just Americans, the country is less a project of self-government to be improved than a site of continuous wrong to be battled. In some versions of the narrative, the country has no positive value at all—it can never be made better.”

After acknowledging an exaggeration of “the suddenness of this new narrative,” Packer goes on,

Things changed astonishingly quickly after 2014, when Just America escaped campuses and pervaded the wider culture. First, the “softer” professions gave way. Book publishers released a torrent of titles on race and identity, and year after year those books won the most prestigious prizes. Newspapers and magazines known for aspiring to reportorial objectivity shifted toward an activist model of journalism, adopting new values and assumptions along with a brand-new language: systemic racism, white supremacy, white privilege, anti-Blackness, marginalized communities, decolonize, toxic masculinity, nonbinary, transphobia. Similar changes came to arts organizations, philanthropies, scientific institutions, technology monopolies, and finally corporate America and the Democratic Party. The incontestable principle of inclusion drove the changes, making them a powerful force toward a more perfect union, but they smuggled in more threatening features that have come to characterize identity politics and social justice: monolithic group thought, hostility to open debate, and a taste for moral coercion.

Before ending Last Best Hope with a call for an “Equal America,” in exploring the Just America narrative, Packer cites historian Peter Turchin’s concept of “elite overproduction.” This increased supply causes “the frustration of social elites for whom there [are] not enough jobs,” as Packer summarizes it. “Just America attracts surplus elites,” according to Packer, “and channels most of their anger at the narrative to which they’re closest—Smart America.”

After all, “The social justice movement is a repudiation of meritocracy, a rebellion against the system handed down from parents to children,” Packer continues. But

[m]ost Just Americans still belong to the meritocracy and have no desire to give up its advantages. … The whole atmosphere of Just America at its most constricted—the fear of failing to say the right thing, the urge to level withering fire on minor faults—is a variation on the free competitive spirit of Smart America. It’s the terms of accreditation that have changed.

Packer gives examples. There’d also be ones in philanthropy. If relying on his general framework, the tension is and will be between:

1.) the technocratic “strategic philanthropy” handed down by well-credentialed, progressive Smart American grantmaking; and,

2.) its potential supplantation, to an as-yet-unknown degree, by grassroots Just American problem-solvers.

If those roots are true and deep, and the degree ends up being large, well, that would be good.

A Question, Arisen and Repeatedly Rising

If the philanthropically supported new Just Americans at the growing, and growing number of, progressive nonprofit grant recipients are merely surplus elites for whom there are just not enough jobs in Smart America’s existing progressive labor cartel in monocultural Big Philanthropy itself, though, well … then, what will have changed, really?

There is more-specific evidence of this important question having essentially arisen, or arising, in several contexts worthy of note. Among the representative examples:

a.) the ongoing lively intra-philanthropy discourse about “participatory philanthropy,” which strongly urges a greater role for grant recipients in grantmaking decisions;

b.) more specifically, the Groundswell Fund’s recent “Open Letter to Philanthropy, from People of Color-led Movement-Accountable Public Foundations,” demanding “a significant transfer of resources into the control of institutions where people of color, who are primarily accountable to their communities, have the ultimate decision-making power over where dollars go,” particularly including “certain grassroots organizations with the capacity to receive dollars and redistribute them to key leaders and organizations (for example, the Movement for Black Lives) and certain public foundations that are led by people of color who come out of grassroots movements;”

c.) more largely, Ford Foundation president Darren Walker’s From Generosity to Justice: A New Gospel of Wealth, which might easily be seen as an intelligent, good-faith attempt on the part of a prominent big Smart America philanthropy leader to conceptually weave—co-opt?—Just America’s position into its own thinking; and,

d.) again more specifically, in fact more so, Walker’s: i.) wavering on how to characterize and address the Whitney Museum of American Art’s crisis over Warren Kanders’ “tainted money;” and, ii.) clumsy apology for errantly using the “ableist” term “tone deaf” in an otherwise apparently inoffensive tweet.

In further fact, using Packer’s words, some plausibly see more than a little constriction in much of contemporary nonprofit Just America—a “fear of failing to say the right thing, the urge to level withering fire on minor faults. It’s the terms of accreditation that have changed.”

This article originally appeared in the Giving Review on July 8, 2021. 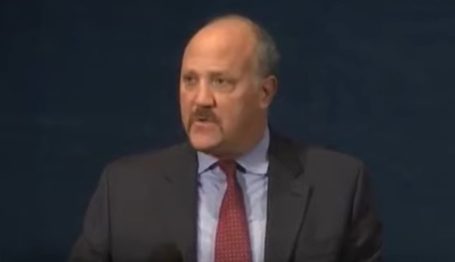 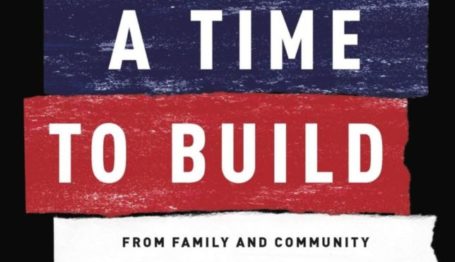 Why Should We Build That Which We Cannot Trust?