Foundations and philanthropists should be focused on the most effective, local forms of giving in order to provide relief during this national health and economic crisis. 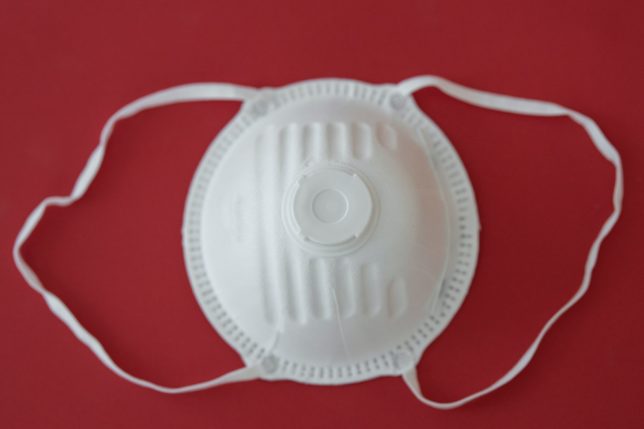 The crisis caused by COVID-19 has inspired charities and philanthropies around the world to provide a flood of generosity. But even in hard times, the rules about the best ways to give remain the same. Except for large gifts devoted to scientific research (such as the Gates Foundation’s funding of vaccine studies) local giving is better than national giving, and funding that fights poverty should have precedence over other categories of grantmaking.

Some of the best examples of good philanthropy are the countless cases of companies and nonprofits turning into social enterprises to produce masks and personal protective equipment. In Sugarcreek, Ohio, manufacturer John Miller got a call from the Cleveland Clinic. Could he supply 12,000 masks in two days?

The nearest Cleveland Clinic hospital was 11 miles away from Sugarcreek, and the clinic’s doctors had helped Miller’s mother many times. So Miller asked his fellow Amish to perform a “frolic,” which, he as he explained to the New York Times, meant “get a bunch of people. Throw a bunch of people at this.”

Sixty Amish seamstresses working from home started sewing. They met the Cleveland Clinic’s deadline and are currently turning out 10,000 masks a day. Other Amish companies have also retooled and are now making personal protective equipment for use in Ohio and at other hospitals nationally.

Atlee Raber, who runs several small Amish-staffed companies, told the Times that rather than “take handouts” that it was better for his employees to be productive. “We consider this a privilege that we can come in here and do something for somebody else who’s in need and do it right at home here, and do it safely.”

Also worth noting are the efforts of restaurants to reposition themselves as places that provide food for first responders and hospital workers. Here Jose Andrés and his nonprofit, World Central Kitchen, are leading the way. In 2017 Andrés and his staff prepared two million meals for hurricane-devastated Puerto Rico.

He has now turned his attention to feeding people during the coronavirus pandemic, work that got him a 60 Minutes profile and a cover story in Time at the end of March. A recent story in the Baltimore Sun stated that World Central Kitchen had thus far provided 170,000 meals nationally including, through a contractor, 20,000 meals in Baltimore.

But some forms of coronavirus-related charity, though celebrated, might not necessarily be helpful. Take the case of Britain’s Tom Moore, a World War II veteran who, at the age of 99, vowed to do 100 laps around his garden to raise 1,000 GBP for the state-run National Health Service (NHS). His teenage grandson posted Moore’s challenge, it went viral, and the BBC reports that as of April 27 he had raised 29 million pounds for the NHS, a sum that resulted in a guard of honor from Britain’s 1st Yorkshire Regiment for his 100th lap and a personal message from Prince William, who also donated to Captain Moore’s campaign. When Captain Moore turned 100 on April 30, the Royal Mail issued a special postmark saying, “Happy Birthday, Captain Tom Moore, NHS Fundraising Hero, 30th April 2020” and at least 100,000 people have sent Captain Moore birthday cards. The WWE, whose current wrestling champion is from Scotland, even provided the captain with a customized 100th birthday championship belt.

But no one celebrating Captain Moore’s fundraising achievement has asked a simple question: What will the National Health Service do with the tens of millions raised to support it? Will any of the service’s functions be changed? Or will the agency just treat the money as if it was an unrestricted gift to its endowment, and use the funds in ways that have nothing to do with the coronavirus or even with providing aid to hospitals short on supplies? This was a creative an unexpectedly successful fundraising idea, but unfortunately the funds will not realize their best use for toward relieving the current crisis.

The coronavirus pandemic also reminds us to consider the relationship between philanthropy and the state. Michigan State University political scientist Karen Reschkow, notes in a HistPhil article that several cities and states (such as Baltimore) are in deep financial trouble because sales tax and other tax revenues have plummeted. She says that “the most crucial role” philanthropy should play in the current global crisis is “promoting public sector investment and preparation for future crises.” She believes the deal several large Michigan-based foundations, led by Kresge and Ford in 2013, to bail out the city of Detroit’s pensions in return for the city not selling off much of the collection of the Detroit Institute of Arts was a way of “providing essential resources in a time of crisis.”

But as William Schambra noted in a 2014 piece in the Chronicle of Philanthropy, “it is difficult to escape the impression that conditional grantmaking on such a grand scale amounts to philanthropic coercion rather than generosity.” Moreover, it is presumptive for the city of Baltimore—or any city—to ask foundations to bail out the defined-benefit pensions of government employees when soaring unemployment rates mean that many city residents have no pensions—and no work.

Foundations should be funding research and programs in the cities where they are based to help develop new ways to fight the coronavirus or to aid the poor and destitute. For example, Iain Bernhoft notes how Dr. Helen Chu and her colleagues at the University of Washington came up with a coronavirus test and produced a thousand tests a day despite bureaucratic obstacles thrown in her way by the Centers for Disease Control and the Food and Drug Administration.

Every large city has innovators who have bold new ideas for fighting the coronavirus that need to be tested. Foundation program officers should have as their primary task right now finding those pioneers and making sure they get funding. They should also find the local groups best able to provide food for the poor—and make sure they have all the resources they need.

When this crisis ebbs, big foundations can resume their larger programs. But right now, they should focus their energies on local, effective grantmaking rather than on national or international crusades.

This article first appeared in Philanthropy Daily on May 5, 2020.