Chuck Collins’ new book about the “Wealth Defense Industry” references its philanthropic component’s managerial elite, about which there should be more honest truth-telling and analysis. 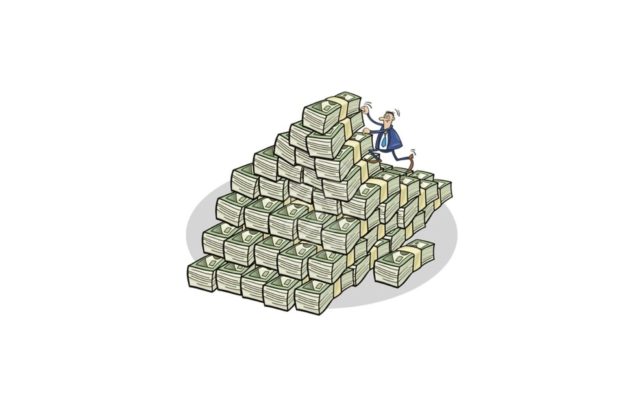 In 1983, when Chuck Collins was 23, he attended a weekend conference for 30 people with inherited wealth co-sponsored by a local family office and private foundation. The grandson of Oscar Meyer was going to inherit a substantial amount of money upon turning 25, as he tells it in his engaging and informative new book The Wealth Hoarders: How Billionaires Pay Millions to Hide Trillions, and he was “finally coming to terms with this reality.” 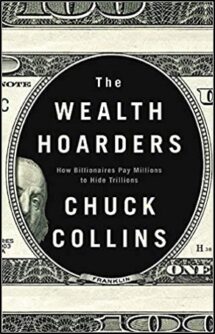 At the conference, he meets Dee, a wealthy philanthropist who “demonstrates little apparent ambivalence about the mountain of wealth she sits on,” Collins continues. “Most of what she possesses she does not consider privilege. … She does not believe there is any connection between an economic system that incrementally enlarges her wealth and advantages—and diminishes the security and opportunities of others.”

He did, and does. Collins is now a senior scholar at the liberal Institute for Policy Studies (IPS), director of its Program on Inequality and the Common Good, and co-editor of Inequality.org. He is the author of several previous books on inequality, tax policy, and social-change philanthropy, including one co-written with Bill Gates, Sr., in 2003.

A Giving Glaze to Glow

“I will not follow Dee’s path as a philanthropist,” according to Collins in The Wealth Hoarders. For people like her, charity comes after self-serving expenditures for family members’ tuition, decidedly first-class travel, and expensive gifts to those close to her, along with year-end contributions to trust funds “carefully planned at the family office.”

The supposed charity first flows to “overly endowed alma maters” and the “obligatory artistic institutions” such as the symphony and “the land conservancies to purchase holding to buffer their country properties and the organizations and the organizations upon whose boards she or her family members serve,” according to Collins. Kind of cuttingly honest there. Only then is there finally true charity of the traditional sort—feeding the hungry, sheltering the homeless, clothing the naked, that sort of thing.

“To me, the payout doesn’t warrant all the time and talk of charity,” he writes. “The more I witness, the more the philanthropy appears as a salve for wealth advantage, a glaze to give a clay pot a glowing exterior.”

Revolted by the world of wealth to which Dee introduces him, Collins wants no part of it. “A few years after my visits with Dee at her family office, I gave the wealth in my name to several foundations that fund ‘change not charity.’ …

“My feelings about inherited wealth and philanthropy have only intensified over time,” he continues, adding that he’s defended the estate tax for 20 years, lamenting the increasing “top-heaviness” of philanthropy, and decrying the trillions of dollars “now vanishing into a hidden-wealth archipelago. With the help of an increasingly aggressive ‘Wealth Defense Industry,’ vast amounts of treasure are being sequestered into dynastic trusts, anonymous companies, shell corporations, and offshore tax havens.”

Collins’ The Wealth Hoarders explicitly does “not explore the ways that philanthropy and charitable institutions, such as foundations and donor-advised funds, have become another form of wealth sequestration for the world’s wealthiest,” he writes. “While some charity is motivated by generosity and a genuine desire to solve problems, too much giving by the very wealthy is motivated by tax avoidance and the ability to retain power, control, and dominion over vast sums of money in perpetuity.” 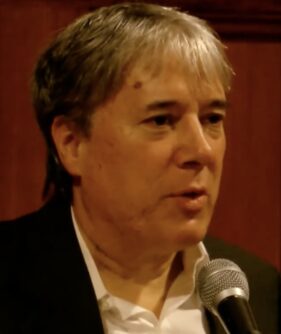 He notes that “this is a topic of complementary research” with which he’s involved, usefully citing previous robust work of his. He does not mean or need to provide a bibliography, but were one prepared and presented, it could have cited the work of others, too, including by some with differing worldviews.

Instead, “[t]he focus of this book is how this wealth, once created—or, in some cases, extracted—is hidden, sequestered, protected, and invested,” Collins continues. “I zero in on the gatekeepers in the industry and their essential role in the hiding of wealth. … We attempt to explain the gray areas that this industry manipulates, the fuzzy lines between legal and illegal, and their role in writing or clouding the rules.”

This is his coined “Wealth Defense Industry,” and his book covers it comprehensively and cogently.

Specifically, “[t]he estimated number of single-family and multi-family offices in the US ranges from 3,000 to 6,000,” he reports. “By a conservative estimate, there are over 9,000 Wealth Defense professionals in the US, working at law firms practicing tax, estate, and trust law, serving clients at private banks and wealth-management firms, providing wealth defense accounting services, and staffing a conservative estimate of family offices in the US.”

But wait, as philanthropoid Giving Review readers might expect, there’s more. “The number of WDI professionals”—philanthropoids—”serving the very rich grows higher if you include the charitable private foundations and donor-advised funds that are often part of an overall asset preservation strategy for the 0.1 percent,” Collins properly notes. He again references the “separate body of research … documenting how the philanthropy of the very wealthy, while sometimes providing great public benefits, also serves as an extension of private wealth preservation, tax avoidance, and power wielding.”

Here too, he helpfully cites some more work, from the quite worldview-specific IPS. Again, no bibliography, and one’s not required. Were there a full one, though, it would evidence that others—including with a conservative worldview—are onto this phenomenon, as well.

Members of what Collins calls the “Wealth Defense Class”

are not personally in the super-rich 0.1 percent themselves. They do not have the “material power” to be oligarchs in the classic sense. But many of them are handsomely paid, safely in the top ten percent of income earners in the US and UK, and they wield significant power themselves in our political systems. Some would argue that they and other high-salaried private-sector workers represent a unique set of class interests, distinct from the oligarchs.

Conservative Michael Lind similarly considers, and well-describes, them as part of “the managerial elite” in his recent The New Class War: Saving Democracy from the Managerial Elite and elsewhere. Collins and Lind should probably talk.

The managerial elite of philanthropic component of the Wealth Defense Industry to which Collins alludes in The Wealth Hoarders is part of contemporary establishment grantmaking’s oppressively arid, progressive monoculture. Its professional philanthro-labor market is basically an insular and distinctive cartel with too narrow an ideological consensus. It’s got approved academic credential-grantors for those who want to work directly or consult for grantors, their foundations, or family offices—or for their grantee organizations.

It’s got a lot of advice, much of which the 23-year-old Collins heard at the 1983 conference. Its worldview is not wide.

Conservatives certainly need to honestly face that truth, and honest liberals should at least acknowledge it more, too. True philanthropic reform would be more likely, and definitely more permanent.

This article originally appeared in the Giving Review on June 4, 2021.