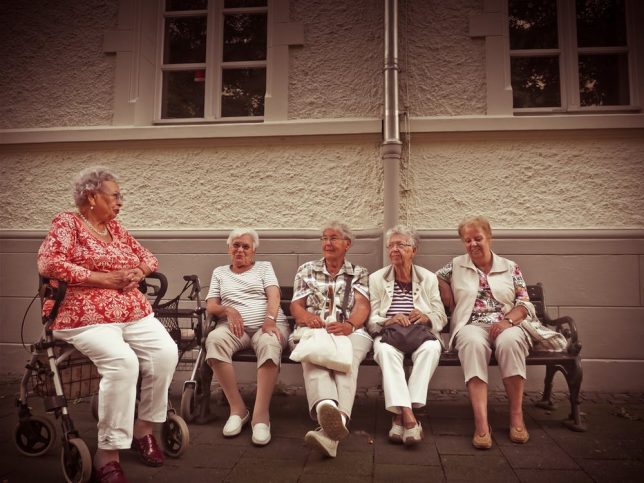 This article originally appeared in Philanthropy Daily on June 11, 2018.

Ask a sociologist or a political scientist what tasks foundations ought to be doing, and they’ll likely answer that one would be building up “social capital”—the ties that link neighbors to neighbors and individuals to other groups and their communities.

Last year I noted that a division of the Joint Economic Committee under the supervision of Sen. Mike Lee (R—Utah) that calls itself the “Social Capital Project” has set up a think tank to explore the notion of social capital. I wrote about their first report here. The committee has now issued a second report, The Geography of Social Capital in America that looks at regional differences in social capital.

The authors note that measuring social capital has been a task taken on by some of America’s most eminent social and political scientists. Harvard political scientist Robert Putnam, in his important 2000 book Bowling Alone, had an index by states that measured them by five categories, including volunteering, engagement in public life, and how much people trusted neighbors and strangers. Putnam’s index has not been updated since its publication.

Other groups have tried to come up with national social capital indexes, including a 2006 effort from the National Conference on Citizenship and portions of the Legatum Property Index. But “the most influential social capital index in recent years” was one created by a team of social scientists led by Anil Rupasingha, with additional editions published by the Northeast Regional Center for Rural Development at Penn State.

The authors say there are several problems with the Penn State report, but one crucial one concerns charities.

Suppose there are a lot of nonprofits in your state or county. Is this a good sign, one that shows a substantial amount of social capital? Or does it mean that your community has a lot of problems that nonprofits are created to address?

Moreover, does having a large number of organized nonprofits mean that informal associations are crowded out by their organized competitors?

Finally, the authors note that the Penn State data measures the health of charities by counting the number of them in an area as defined by those who file Form 990s with the IRS and have employer identification numbers. But counting this way undercounts the number of religious nonprofits that choose not to be registered with the IRS. A 2002 paper by Kristen A. Gronbjorg and Laurie Paarlberg in Nonprofit and Voluntary Sector Quarterly said that the IRS data only accounted for sixty percent of the nonprofit organizations in Indiana that they were able to find through other sources.

But, according to the authors, determining charitable activity by the number of organizations registered with the IRS significantly discounts associations connected with the Church of Jesus Christ of Latter-day Saints because volunteers run many Mormon parishes. In 2015 there were 658 religious organizations in Utah registered with the IRS, but the Mormons count 5,069 congregations in the state. The difference is that most congregations in Utah, because they are run by volunteers, are underneath the IRS’s radar.

The authors decided to use seven categories of data to construct a social capital index. These include:

2. Family (percentage of families whose children spend four hours a day in front of a screen, percentage of parents who say they read to their children every week)

3. Community (percentage of people who say they trust their neighbors, the number of close friends people say they have)

4. Civil society (percentage of adults who volunteer, attend public meetings, took part in rallies or demonstrations, say they “worked with neighbors to fix something”, number of membership organizations per 1,000 people, number of religious congregations and “non-religious non-profits per 1,000 people).

6. Charity (percentage of people who donated more than $25 to a charity)

According to the researchers, the states with the most social capital fall into two blocks. One is the upper Midwest, Utah and Colorado, and includes the states that rank number 1 in the survey (Utah) and second (Minnesota). A second bloc is the three northernmost New England states—Maine, Vermont, and New Hampshire.

As for the worst, the researchers found that the southernmost states (except for California) and the state of New York all fell in the bottom 20 percent.

Why is social capital more prevalent in one part of our country than another? The authors say that future reports “will attempt to explain the geographic patters identified here.” I’ll respect their decision and postpone any judgments about why social capital is stronger in Utah and Minnesota and weaker in Arizona and Florida until I read their next report.

Philanthropy’s role in strengthening social capital will become clearer once we know what it is and what could be done to increase it. Donors interested in improving civil society ought to pay close attention to the Social Capital Project’s findings.