Which Party Is the Party of the 1 Percent?

…and other elite questions 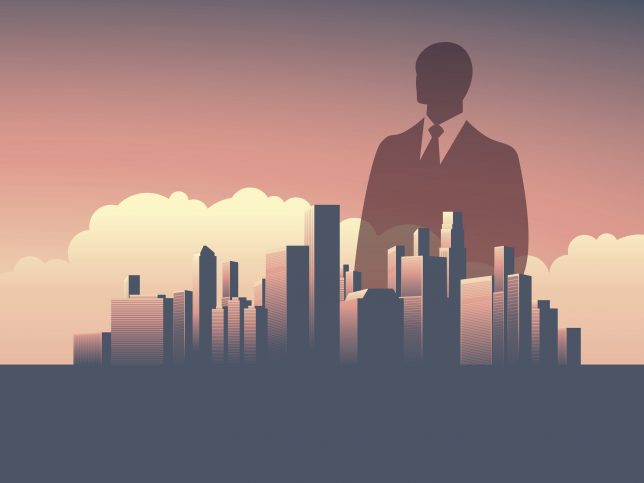 Which of America’s two political parties is the party of the rich? Many people would say it’s the Republicans. The caricature, common in the 1930s, is that the GOP is the party of the plutocrat in the Monopoly game, complete with top hat and tails. A Pew Research poll found 62 percent of Americans believe the Republicans favor the rich.1 But the data tell a different story.

First, the story is mixed where votes are concerned. Exit polls in recent presidential and congressional elections have shown that both parties receive substantial support from voters who make over $100,000 annually. And the stereotype falls apart when political contributions are examined: Democrats seem to come out ahead of Republicans in raising money from the richest precincts of the nation.

To shed more light on this question, the Capital Research Center (CRC) has conducted a new analysis of political contributions from the most affluent parts of the country during the 2013–14 campaign cycle (the most recent cycle with complete data).

What This Study Measures

The data on political giving are so vast and can be dissected in so many ways that no one study can ever be exhaustive. This particular study emphasizes, not who or what are the most powerful political donors in our system (think of the eternal arguments about the relative powers and influence of unions, corporations, and PACs) but rather, which party’s candidates receive the most contributions from America’s wealthy elites who live in the poshest locales.

In this study of rich donors, CRC has focused on donations by individuals (not by groups) that are given to individual candidates of the two major political parties, not to party committees or to other political actors like super PACs or unions. It’s reasonable to focus on the individuals who donate and receive these funds, given how many politicians and pundits imply that wealthy Americans regularly “buy” elections for the political party that’s supposedly biased toward the rich. But even if the parameters of this study were far broader, there’s little reason to believe the outcomes would significantly change. For example, federal spending by Super PACs in this same cycle skewed $196.8 million “for Democrats/against Republicans,” versus $139.9 million “for Republicans/against Democrats,” according to the Center for Responsive Politics.2

In this analysis, CRC relied on data that combined giving to candidates running in local, state, and federal elections; the data were originally compiled by the National Institute of Money in State Politics, a center-left group that operates the website FollowTheMoney.org.

Political Giving by “the 1 Percent”

As journalists and scholars have shown in recent years, affluent Americans are concentrated in certain neighborhoods to a considerable extent—indeed, to a greater extent than in the past. Bill Bishop in his 2008 book The Big Sort illustrated how people with similar levels of education, income and wealth, and cultural attitudes have increasingly clustered in places filled with others of similar characteristics. The social scientist Charles Murray in his 2012 book Coming Apart showed how those at the very top of these scales are clustered in zip codes that he christened, “SuperZips.”

CRC’s study asks to which party do such people—who are much more likely than the ordinary voter to be able to afford sizeable discretionary spending—contribute their money?

The overall answer is that more money from the top 300 SuperZips in 2013–14 went to Democrats than Republicans, by a significant but not overwhelming margin, if you set aside those contributions over $1 million made by wealthy individuals to their own campaigns. (The largest self-funder in the cycle was Republican Bruce Rauner, who was elected governor of Illinois, but six of the ten largest self-funders in the cycle were Democrats. Seven of the ten failed to win election.)

This Democratic funding advantage is different from the picture of all contributions across the country made by persons from all levels of income. Nationally, a total of $2,137 million was contributed to candidates in the 2013-14 cycle (smaller digits are omitted as trivial and distracting, and the numbers rounded off). Of that, $1,139 million was contributed to Republicans, $880 million to Democrats, and the remainder to others. In other words, Republicans received 53 percent of contributions; Democrats, 41 percent. If we count only contributions to the two major parties, Republicans had a 56 percent to 44 percent lead. That’s a financial advantage for Republicans—indeed a slightly larger advantage than either party enjoyed in actual votes in the presidential and congressional elections of the last 30 years—but it’s not an overwhelming advantage. Both parties had substantial resources to pay for their candidates’ campaigns, and of course money given directly to candidates isn’t the only money that’s helping candidates win.

But when we shift our focus to the 300 zip codes across America that rank as the highest 1.4 percent of socio-economic status, using the formula for SuperZips created by Charles Murray,3 the picture is different. Among all contributions, Republicans still had an advantage by $192 million to $175 million. But when we set aside self-funders’ million-dollar-plus contributions to their own campaigns (which by law are unlimited), the Democrats are ahead by $160 million to $129 million. In percentage terms, Democrats come out ahead in the SuperZip money race by 55 percent to 45 percent.

Democrats have an even greater advantage when one focuses on the contributions—again, aside from those of million-dollar-plus self-funders—made by the lucky persons who live in neighborhoods and towns that have long been notably elite. These are the 14 locales Charles Murray identified as famously elite since at least 1960, including Chicago’s North Shore, Boston’s Brookline, the Philadelphia Main Line, Manhattan’s Upper East Side, and the like.4 From these elegant precincts, Democrats raised twice as much money as Republicans—$82 million to $41 million.

The Democrats’ fundraising advantage in affluent communities is not uniform across the country. There are metropolitan areas—Chicago, Dallas, Houston, and Atlanta, for example—where Republicans raise more than Democrats from the most affluent zip codes. In contrast, Democrats have an enormous advantage in what Charles Murray calls the Big Four metro areas—New York, Los Angeles, San Francisco, and Washington, D.C.

The Big Four contain almost one-sixth of the nation’s population and a larger proportion of its SuperZips, many clustered together, as Murray notes, so that residents can drive—or be driven—miles without leaving one. Murray observes that “it is difficult to hold a nationally influential job in politics, public policy, finance, business, academia, information technology, or the media and not live in the areas surrounding” those four metropolises.

The Power of the Big Four

Rich oil and gas businessmen in places like, say, Dallas, may have a major influence on who’s the next president of ExxonMobil. But the rich folks in the Big Four make decisions that affect every American. The wealthy in San Francisco decide which conservatives to permaban from Twitter; in Los Angeles, what shows will appear on TV next season; in New York, what will lead in the evening news broadcasts; in D.C., what loopholes will be written into the next tax law and whether the Keystone pipeline will be built.

When examining the Big Four metropolitan-area zip codes, CRC broadens its analysis from the top 1.4 percent to the top 5 percent in socio-economic status. Among this elite, we find the Democrats raising $179 million and the Republicans $93 million. The numbers are even more skewed if we narrow that universe down to the core county or city in each metro area, and omit million-dollar-plus self-funders; that leaves Democrats garnering $96 million, compared to a mere $30 million for Republicans. In percentage terms, Democrats are receiving 66 percent (in the broader metro areas) and 76 percent (in the core areas) of the money contributed to partisan campaigns in these locales—an overwhelming advantage.

Some observers may argue that partisan contributions are not a fair measure of the party preferences of persons living in elite neighborhoods, because many affluent contributors may simply be donating for pragmatic reasons to state and local officials of the dominant party, which in many metro areas, and the Big Four in particular, is overwhelmingly likely to be Democratic. Republican presidential nominee Donald Trump, for example, has said he made many of his local donations just to help his business, not because he agreed with the pols who received the money.

Luckily, the dataset CRC is using allows us to eliminate this phenomenon by looking only at contributions given to out-of-state candidates, a category which also simplifies the analysis by excluding self-funding candidates’ contributions to their own campaigns. Here are the total out-of-state contributions in the categories we have already examined. These numbers reinforce the fact that America’s elite across the nation have powerful sympathies toward the Democratic Party. And the more elite their neighborhood is in America’s most powerful cities, the more strongly they lean Democrat.

These data are powerful evidence that affluent Americans in the most elite locales contribute significantly more money to Democrats than Republicans. The data also show that Democrats raise a notable chunk of their campaign money in New York, Los Angeles, San Francisco, and Washington, D.C. Democratic candidates and party officials attending affluent contributors’ fundraisers evidently have to spend a lot of time in airliners or private jets flying coast to coast across the country, while Republican candidates and party officials have to make significantly more fundraising stops, staggered across the giant landmass of America between the two coasts.

Half a century ago, many liberal commentators argued that Democrats, as the party whose policies allegedly represented the interests of lower-income Americans, had an unfair disadvantage in raising money for campaigns, because they couldn’t compete with Republicans for access to the checkbooks of the wealthy. The data presented here make clear that that argument, regardless of whether it was valid then, has no validity today.

These figures also show that both parties are capable of raising substantial and roughly similar sums of money. The Democrats’ advantage in the 2013–14 cycle may owe something to the fact that their party held the White House and a Senate majority in those years, and that the potential support the Republicans could enjoy from their majority in the House of Representatives was diminished by that chamber’s fractiousness. But if the goal is to ensure that each major party has the capacity to raise enough money to be seriously competitive with the other, it seems no change in current laws or arrangements is required.

2https://www.opensecrets.org/outsidespending/summ.php?cycle=2014&disp=O&type=S&chrt=P. The same group reports that $182.4 million was spent by liberal Super PACs, while only $151.1 million was spent by conservative Super PACs in this cycle (it reports $11.6 million in spending by “other” groups) https://www.opensecrets.org/outsidespending/summ.php?cycle=2014&disp=O&type=S&chrt=V.

3Murray looked at the top 5 percent of zip codes in his dataset. To make the analysis more manageable, CRC narrowed its focus to the top 300 zip codes, which compose the nation’s top 1.4 percent.

4See Murray’s Table 3.1 in Coming Apart for the list of locales; the online data for this study provides the precise zip codes.

Michael Barone, the longtime co-author of The Almanac of American Politics, is a resident fellow at the American Enterprise Institute and senior political analyst for the Washington Examiner.
+ More by Michael Barone