Our Upcoming Feature Film “No Safe Spaces” is in the News! 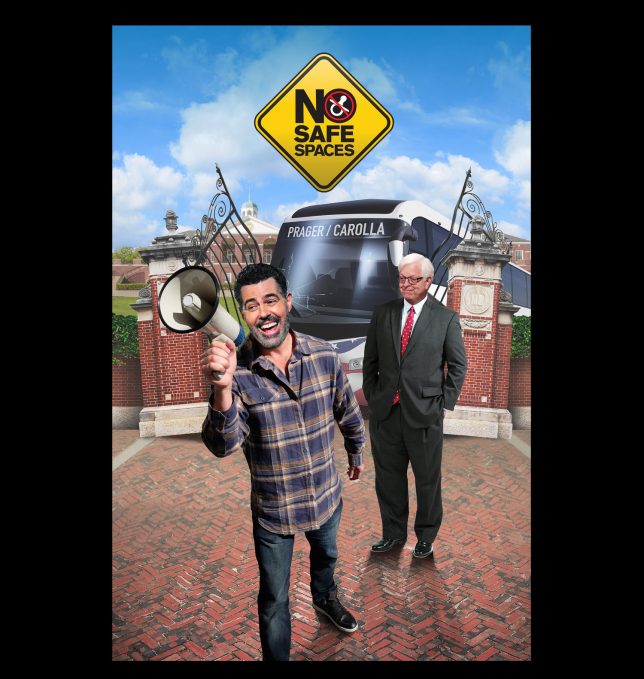 Via nosafespacesmovie.com
by CRC Staff

Dangerous Documentaries’ new feature film project, No Safe Spaces, has been highlighted in The Hollywood Reporter.

In the upcoming film, Comedian Adam Carolla and talk show host Dennis Prager hit the streets in a tour of America’s college campuses, where they reveal the war on facts that’s threatening free speech and endangering our country’s future.

Dangerous Documentaries is the film finance and production division of the Capital Research Center, having the goal of spreading libertarian and conservative ideas through film. It’s run by Joseph Klein.

Carolla and Prager were also interviewed in a Breitbart exclusive:

“The university is first, and then the rest of the country follows,” Prager explains. “The suppression of free speech, the rendering of kids into immature creatures who have little thought of their own, who are given slogans rather than ideas — the university is the least morally acute place in the United States, as an institution.”

Don’t miss Carolla’s and Prager’s interview on Tucker Carlson Tonight, where they talk more about the film.