Opening the Books on the Madigan Family Dynasty 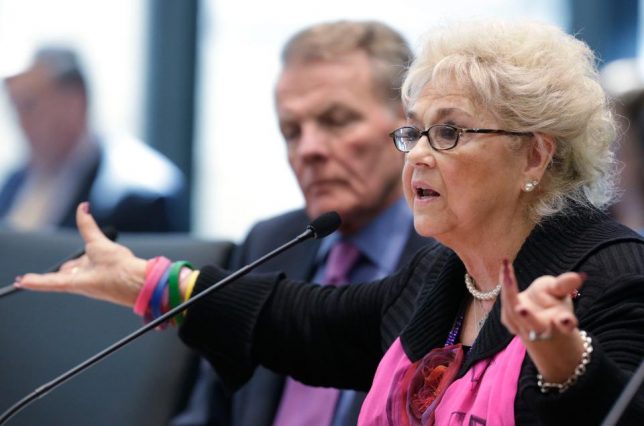 Illinois Governor Bruce Rauner has the opportunity make a dent in his state’s entrenched dynastic politics.

Shirley Madigan, wife of longtime Illinois House Speaker Michael Madigan, is overdue to retire her position as chair of the Illinois Arts Council (IAC) after her term ended in early July. Madigan, a forty-one year veteran of the IAC, has cultivated a conflict-of-interest culture and doled out millions of taxpayer dollars to rich organizations that don’t need state support.

The Madigan dynasty is deeply entrenched in state politics. Michael Madigan—the quintessential career politician and one of the most powerful men in Illinois—became Speaker of the House in 1971, the same year Shirley took over the Arts Council chairmanship. Michael Madigan has been described by former Democratic Governor Rod Blagojevich as “more Machiavellian than Machiavelli,” and has served as Speaker for all but two of the past 34 years. Their daughter, Lisa, has been state attorney general since 2003.

For the Madigans, political power has meant much more than public service. Michael Madigan rose to prominence in the early 1970s through the powerful political machine run by Chicago boss Richard Daley, and once remarked to Chicago Magazine that his father had given him “a good understanding of how political people are driven by certain interests, quite often a personal self-interest.” Madigan even admits that he helped the brother-in-law of a fellow lawmaker find a job in order to gain that legislator’s support and buttress his own leadership in the state Democratic Party.

As CRC has previously noted, the Madigan patriarch is an indefatigable supporter of the state’s robust public sector unions, which have grown wealthy from sweetheart deals with lawmakers while bankrupting Illinois’ taxpayers. Since the reform-minded Bruce Rauner was elected governor in 2014, Madigan has used his Democratic majority in the legislature to stymie all efforts by Rauner to curb collective bargaining – even portraying Rauner as an “enemy of the middle class.” Rauner has criticized the opposition’s tax-and-spend policies, calling Illinois a “banana republic” – and with good cause. Since 2009, three major rating agencies have downgraded the state’s credit 21 times. According to Moody’s, Illinois’ unfunded pension liabilities grew to $251 billion in 2015-16 and that growth is only gaining steam. (For a more comprehensive look at the financial problems that can arise when public sector unions help elect their own bosses, read “Government Unions after Wisconsin” by CRC’s Michael Watson, and check out our video here.)

Under Madigan’s speakership in 1989, the General Assembly exacerbated this growing unfunded pension crisis by increasing elected officials’ pensions by 3 percent for every year they served beyond 20 years. As Gretchen and Tom Randall point out in CRC’s July 2013 edition of Labor Watch, “a generous $80,000 per year after 20 years of service would have grown to $104,000 after 30 years of service.” This is a powerful incentive to Illinois legislators to remain in office for a long time. It also gives them a powerful incentive to get in and stay in the pockets of the labor unions which provide millions of dollars in campaign funding and hundreds of political foot soldiers to bolster their reelection campaigns. To their credit, Rauner and 37 lawmakers, beginning with Representative Tom Morrison (R) in 2011, have refused to participate in the plush pension plan.

Like her husband, Shirley Madigan epitomizes “insider” politics; and the pair have built a career supporting the cause of state bankruptcy on behalf of bloated public sector unions. But that is not the only reason for Rauner to appoint someone else to the position of Illinois Arts Council chair.

The IAC is so rife with members’ conflicts of interest that board members had cause to abstain from 40 votes in 2015 alone.

Loyola University—where Shirley Madigan received her master’s degree – has received over $95,000 in IAC grants. The Goodman Theater, where board member Henry Godinez earned an associate degree, received another $165,650 from the organization. Board member Christian Gidwitz’s self-declared conflicts of interest alone have amounted to more than $500,000 in IAC grants since 2012.

Of the $32.8 million in grants the IAC has awarded over the past five years, 37 percent has gone to 20 asset-wealthy organizations. Seven of the top ten organizations were television and radio stations. What do media outlets have to do with the arts? Not much, but as Adam Andrzejewski of OpenTheBooks.com observes, “$7.3 million to 21 stations buys a lot of favorable coverage.”

The Madigan-led legislature has showed no interest in working with Gov. Rauner on fiscal reform. Replacing Shirley Madigan as Illinois Arts Council chair, however, could send a clear message that he is willing to stand against Illinois corruption and political entrenchment—even if it means taking on the most powerful political family in the state.