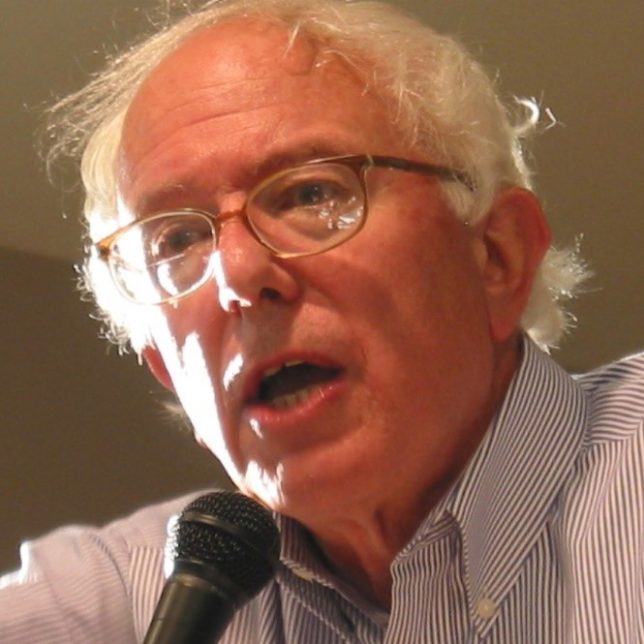 I spent the last decade as treasurer, then president of AFT Vermont (the state affiliate of the American Federation of Teachers). For three of those years, I served as president of the Vermont AFL-CIO.

Surprising to some, perhaps, I now support Right to Work nationwide. My passionate support for this critical concept encompasses the private sector, the public sector and any other sectors that unions might hope to create. Full stop.  It’s time to get rid of unions’ power to collect mandatory agency fees from non-members.

My home state of Vermont is Bernie Sanders country, where cows outnumber people and radical leftist sects seem to outnumber both. I ran against opposition in nearly all of my elections with a platform comprising only two planks: 1) organize more workers into the union; 2) always make the union stronger.

For almost ten years I spoke union words, thought union thoughts, and fought union fights. But that pitiless era taught me a Manichean worldview. I saw life only in terms of power; who had it, who wanted it, and what people with power could do to those without. Unions inhabit a hostile Hobbesian wilderness, both in politics and the workplace. Now I know the truth: unions create the wilderness wherever they go, then marvel that they never find their way out to the Promised Land.

My current views represent complete apostasy—indeed, blasphemy—coming from a former union president. Given that my about-face might seem incomprehensible to some, I’d like to share my intellectual growth process by walking you past three different kinds of train wrecks created by agency fees that I witnessed first-hand.

First, we’ll examine the normal situation in which agency fees occur; common practice in local unions all across the country and the sort of example with which union attorneys pad out their Supreme Court briefs. Then we’ll look at the surprising role fees played in our childcare campaign here in Vermont.  Finally we’ll cast a cold eye on the outrageous way the Service Employees International Union (SEIU) rode free on the backs of non-members in California.

When a union successfully organizes a group of employees, the race to bargain a first contract begins.

Nearly every union contract covers all the employees in related jobs, called the “bargaining unit,” whether they are members of the union or not. The right to bargain for all the workers carries with it the duty to represent them all. Unions argue this special duty imposes a heavy burden on the union in terms of staff time, legal advice, and so forth. Typically, union staff working on the all-important first contract wins the right to collect a fee from non-members in the bargaining unit, in order to offset that administrative burden.

On its face, there is something screwy about the idea that an employer can take money from your paycheck against your will and give it to a private third party that you may want nothing to do with, and whose very existence you may oppose on philosophical, moral, financial, or strategic grounds. It feels patently unjust, not to mention un-American.

But for 40 years, the Supreme Court has stuck by its 1977 Abood v. Detroit Board of Education decision giving public sector unions the right to collect these fees. The Court found then that the danger of free riders outweighs the forced association and forced speech suffered by the non-members. Unions successfully argue that the dictates of fairness should impel non-member free riders pay their share.

Well, I don’t remember meeting any free riders who refuse unionization just to save a buck. I have, however, talked to plenty of people who despised the union they were forced to support, who wanted nothing to do with it, or who sullenly put up with union hegemony because there was no real alternative, like the sad inhabitants of a totalitarian, one-party state. I’ve met plenty of these folks–disgusted, disappointed, whose rights have been infringed.  But I haven’t met a single one of the mythical characters union lawyers talk about in court: that is those fantastic beasts who benefit from all the advantages union membership can confer but chuckle into their hands over the great deal they get without paying full price. I suspect these scary, amoral creatures exist mainly in pro-union fairy tales, told to scare labor law judges so they’ll uphold unions’ inalienable right to collect forced fees.

But, O.K., let’s assume for a moment that such scary free-riders do exist. There’s a missing factor from this equation, as calculated by the unions, a dirty little secret: Unions choose to bargain contracts that cover the entire bargaining unit, members or not.

That’s right: No union is required to represent a single so-called free rider!

Unions could bargain members-only contracts and leave non-members to fend for themselves. They could easily relinquish the obligation to represent all those free-loading non-members that they find such a burden. Instead, unions fight for the right to cover the whole bargaining unit, then make non-members pay for a privilege they didn’t want in the first place. That’s fairness the union way, the way I practiced it once upon a time.

But think about it: What business would turn down an absolute monopoly in the marketplace, particularly one in which it can then insist upon provisions which makes everyone a forced customer?

If a union wins the bloody war of attrition that characterizes most organizing drives, then goes on to administer a first contract covering the whole bargaining unit and includes agency fees–then that’s the whole ballgame.  It needs not respond to complaints or criticisms, or suggestions for improvements; it only needs to be about as responsive to its members as the state-owned department store in Novosibirsk, USSR, in 1958.

Yes, a free market is a cruel place, one that doesn’t coddle revolutionary daydreamers. Much better for unions to stay out of it. Right?

Unions fear a members-only contract because it might kick off a bidding war between the employer and the union, a war in which the employer might be able to wean workers off the union teat by offering non-members greater pay or benefits. Presumably, the union would then up its game and push the employer to pay union members even more, leveraging the collective power of its membership for the good of all. But in the union nightmare, employers eventually offer employees so much to de-unionize that the union itself withers and dies. Of course, given the alleged centrality of “democracy” as a core union value, I find it hard to see that particular outcome as tragic. If there is no one left to cast a vote in the union hall, well, the people have spoken.

In the next installment of The Insider’s Tale, we expose the shady plan to turn the Vermont AFL-CIO into a wealthy political powerhouse by targeting an unlikely group: childcare providers.