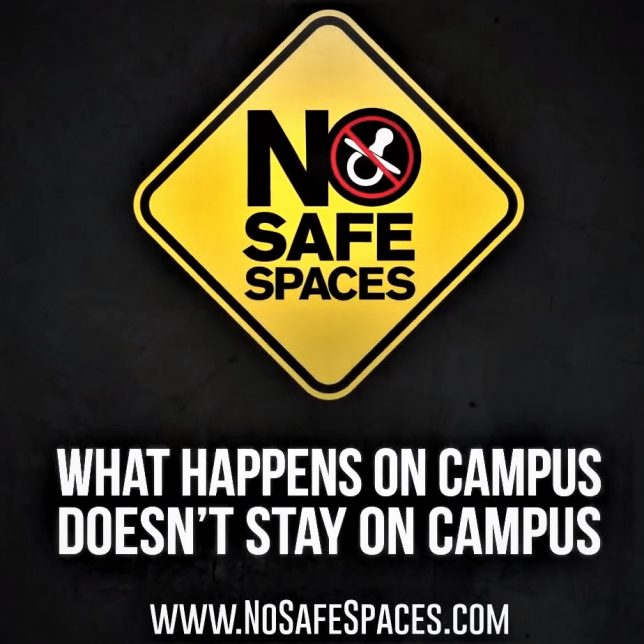 “This is one film that Hollywood would never produce.”

No Safe Spaces, a film starring Adam Carolla and Dennis Prager from CRC’s own Dangerous Documentaries, will expose the safe space culture that is undermining American universities.

This film will expose the sad state of free speech, the unwillingness of students to be challenged by new ideas, and “the grievance culture” of ‘safe spaces'” that are undermining the intellectual foundations of American universities. The film will look at those who have been silenced for expressing opinions that violate the new sacred writ of postmodern views on race and gender, which means acceptance of all except for those who think differently.

Carolla, a well-known stand-up comedian, podcaster, and radio personality recently set the record for most unique podcast downloads. Prager is a syndicated radio talk show host–on the air since 1982—and has been named by Buzz Magazine as “one of the ten most powerful people in Los Angeles.”

In the film, Prager and Carolla will travel to college campuses across the country interviewing students, professors, and commentators from both sides of the political spectrum. They will also hold unscripted live events to expose the folly of so-called safe spaces and expose the attack on free speech on American college campuses.

The film is currently in production. The movie will include scenes from the University of California Northridge where the two were initially denied access, and from Ann Coulter’s visit to U.C. Berkeley in April where she was not allowed to speak following threats of violence.

After the film successfully crowd-funded more than $500,000, CRC’s Dangerous Documentaries supported it with another $500,000 of matching funds.

No Safe Spaces is set to release in 2019. It will be directed by Justin Folk and produced by Mark Joseph, and executive produced by CRC’s Scott Walter and Joseph (Jake) Klein.

No Safe Spaces is making waves in the media:

The Hollywood Reporter covered the release of the film’s trailer: “The film, angling for a fall theatrical release, will feature lots of footage of college students shouting down conservative speakers like Ann Coulter and Ben Shapiro, and it will also allege bias in social media…”

The Washington Times wrote the film will “take aim at coddled college students.”

LifeZette interviewed Dennis Prager about No Safe Spaces, which will reveal what the “modern college student activist who marches against free speech and concepts such as cultural appropriation has to say for himself.”

To help crowdfund No Safe Spaces, World Net Daily reported that Adam Carolla and Dennis Prager promise to “sweeten the pot with a variety of perks for donors.”

On The Resurgent, Adam Carolla and Dennis Prager discussed how “colleges have radically changed from institutions of higher learning to indoctrination centers.”

The Weekly Standard featured the film writing that Adam Carolla and Dennis Prager “aim to show how ‘how so many terrible, horrible, no good, very bad ideas have ruined college for young people and now threaten to ruin the country by creating a nation of precious snowflakes who are scared of their own shadows. And while the topic is serious, we can’t resist making this a funny film.’”

Adam Carolla and Dennis Prager are visiting college campuses to “stir up storms of snowflakes” in No Safe Spaces, Frank Miniter of Forbes said.

Dennis Prager and Adam Carolla “are turning to the nation’s conservative community” to help fund the No Safe Spaces documentary, Blasting News reported.

The Hollywood Reporter first announced the launch of the crowdfunding campaign. 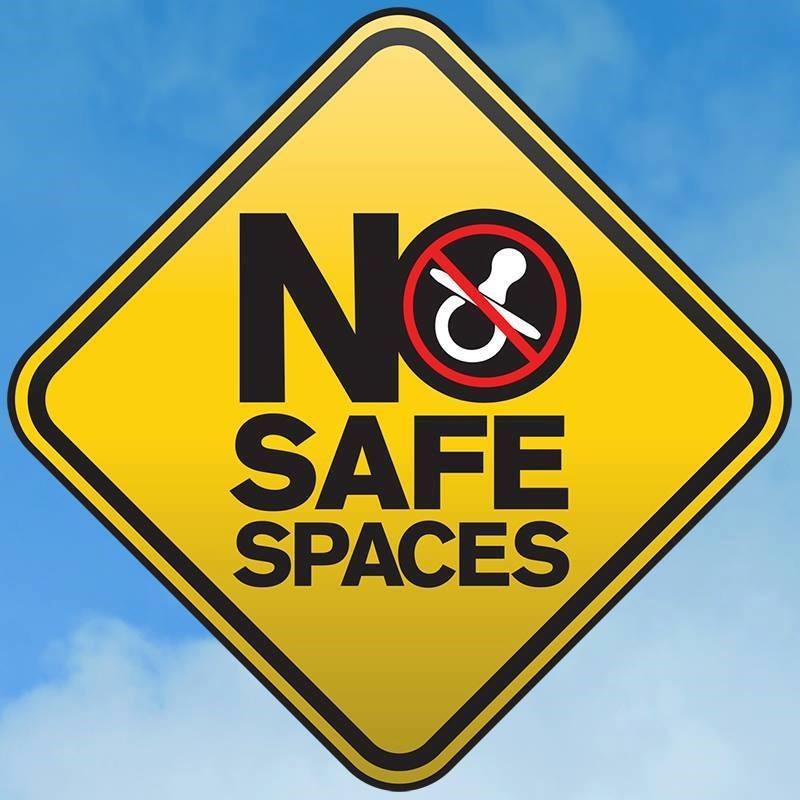