Observations and Recommendations on Education Grantmaking

Education grants tend to go primarily to liberals, with little diversity in goals—and little success in achieving those goals. The second in a two-part series. 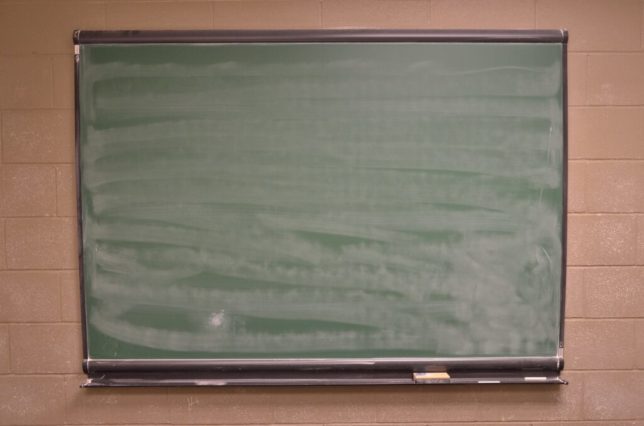 This article originally appeared in Philanthropy Daily on July 9, 2019.

In the first part of this series, I looked at the ideas of American Enterprise Institute fellows Frederick Hess and Brendan Bell, on how philanthropists interested in education can be more effective. Hess and Bell generally touched on what today’s donors are interested in funding.

In this piece for the Fordham Institute, Grantmakers for Education executive director Celine Coggins looks at what donors are funding. Coggins’ article summarizes an annual report her organization produces on what education funders are interested in (or, to use a piece of jargon they shouldn’t have used, what education funders are “benchmarking”).

When I read the report, I found several points that were new to me. One of them is that education funders are very worried that they’re not ethnically diverse. “Our all-white family is really uncomfortable in this space,” one funder at a family foundation reported. “Our staff is racially and ethnically diverse and this is much more important to us.”

Seventy-five percent of the funders surveyed said they supported programs that favored “educational equity,” which is defined here as supporting “low-income populations, ethnic or racial minorities, people who identify as LGBTQ, immigrants and refugees, women and girls and/or people with disabilities.”

Of course, organizations that stress racial and ethnic diversity often pride themselves on intellectual uniformity. Coggins links to this study, by Jay P. Greene of the University of Arkansas and Frederick Hess of the American Enterprise Institute, that appeared in Education Next.

Greene and Hess looked at the two largest education funders, the Gates Foundation and Walton Family Foundation, each of which spends about $200 million a year on school reform. They then looked at the organizations that got at least $500,000 in grants from either Gates or Walton. They found 47 organizations funded by Gates whose employees made political donations large enough to be recorded. These employees made 2,625 political donations: 2,617 for Democrats and eight for Republicans.

The Walton Family Foundation gives more to education than the Gates Foundation does, and has a larger set of grantees. Greene and Hess found that 125 Walton grantees had employees who made political contributions. Of these, 3,377 donations went to Democrats and 110 went to Republicans.

Finally, they looked at scholars who gave papers at the 2018 annual meeting of the Association for Education Finance and Policy, an association of people who evaluate education reforms. They found that 794 people gave papers, and these scholars made 336 political donations, 324 of which went to Democrats and 12 to Republicans.

So Greene and Hess conclude that there aren’t that many conservative foundations interested in education reform, and that the Walton Family Foundation, allegedly a citadel of reaction, is just slightly less liberal than the Gates Foundation. The debate among education funders, suggest Greene and Hess, is not between left and right, but between liberals who like teacher unions and liberals that don’t.

“This lack of right-leaning representation has important implications for education reform’s practice, popularity, and political prospects,” Greene and Hess write.

“Given the paucity of Republicans (or of individuals inclined to support Republican candidates), it is no great surprise that school reform seems to reflect the politically progressive impulses of the contemporary left. One consequence is that this (overlooked) ideological homogeneity may create an echo chamber that hinders the movement’s ability to detect and address political and practical challenges. These risks are heightened by reformers laboring under the mistaken impression that their coalition is politically and ideologically diverse—when the data suggest it is not.”

So while Celine Coggins gets points for introducing her findings to the center-right Fordham audience, her report provides two depressing trends.

Second, far too many education funders are using their grants to lobby for restoring spending cuts to public schools. These grants strike me as being given by nonprofits that have run out of ideas and can’t figure out other ways to meet the payout rate.

What would right-leaning education funding look like? Here are some ideas that should appeal to both libertarians and conservatives.

There’s a pretty full agenda for conservatives interested in making our schools better—if they’re willing to increase or diversify their grantmaking on education.