Nonprofits Must Bargain With Both Donors & The State 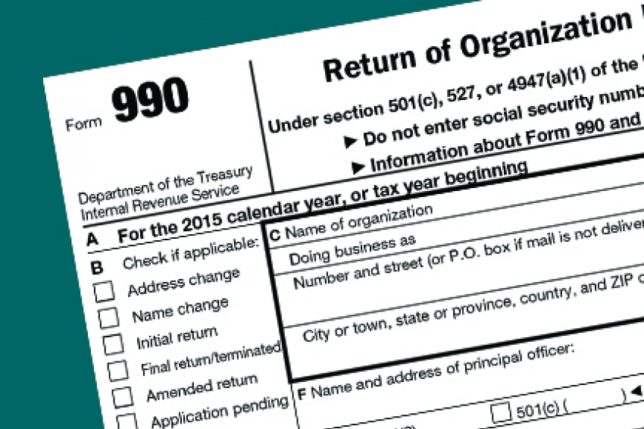 This article originally appeared in RealClearPolicy on March 7, 2019.

Tax exemptions are the equivalent of government subsidies under the commonly accepted “tax-expenditure theory,” relied upon by the U.S. Supreme Court. Legally, under the theory, tax exemption is considered as much a benefit as an outright grant or the tax-deductibility of contributions to nonprofit organizations.

Under this reasoning, the government can attach certain conditions to its subsidies—to a grant, to tax exemption, to eligibility for tax deductions. It does this all the time, of course. If nonprofit organizations do not want to voluntarily consent to a condition, they don’t have to do so; they can decide to simply forego the benefit.

The state can bargain about that with them.

According to the “unconstitutional-conditions doctrine,” however, “even if a state has absolute discretion to grant or deny an individual a privilege or benefit,” as summarized by New York University Law School professor Richard A. Epstein’s 1993 “Bargaining with the State,” “it cannot grant the privilege subject to conditions that improperly ‘coerce,’ ‘pressure,’ or ‘induce’ the waiver of that person’s constitutional rights.” Conditions can’t be used to coerce corporations’ rights, either, including nonprofit ones.

In a section of his appropriately titled book, in fact, Epstein covers several cases in which the conditions of tax exemption were claimed to have violated nonprofit corporations’ rights to freedom of both speech and religion — rights that clearly would otherwise have been protected by the First Amendment.

In his recent “Liberal Suppression: Section 501(c)(3) and the Taxation of Speech,” Columbia Law School professor Philip Hamburger comprehensively devotes an entire book to the effects of the Internal Revenue Code’s (IRS’s) §501(c)(3) on the rights of nonprofit groups exempt from federal taxation under the provision, which the IRS grants for charitable purposes. Hamburger first overviews what he sees as the related histories of theological liberalism and nativism in America, linking them to anti-Catholicism.

Fears about the political speech of churches, Hamburger then shows, underlay the adoption in 1934 and again in 1954 of §501(c)(3)’s conditions against speech. The provision’s conditions on exemption specifically include “not participat[ing] in, or interven[ing] in (including the publishing or distributing of statements), any political campaign on behalf of (or in opposition to) any candidate for public office.” (Parentheses in original.)

Taxpayers who make contributions to §501(c)(3) groups can deduct the donated amount from their income for tax purposes under §170(c)(2)(D). This section conditions the deductibility on the very same language against political speech.

While not conceding that tax exemption is a subsidy or even that the (c)(3) conditions are germane or proportionate, Hamburger cogently argues that its explicit conditioning of the benefit of tax-exemption on what is a waiver in return of the groups’ otherwise-guaranteed rights to freedom of speech, petitioning, and religion is an unconstitutional condition.

“When liberals sought restrictions on the speech of churches and other idealistic organizations, they imagined that they could avoid violating the First Amendment,” he writes. “It is therefore no surprise that section 501(c)(3) imposes its restrictions not candidly as legal duties, but as triggers for the duty to pay a tax—indeed, as conditions of exemption.”

The state cannot bargain that way, he says.

Courts have not agreed, though, or at least not yet. Therefore, nonprofits have had to bargain with the state. Many policy-oriented groups take the bargain, accepting its condition against and waiving their speech rights

The Internal Revenue Code’s next provision, §501(c)(4), grants tax exemption to organizations for different purposes than §501(c)(3). Section 501(c)(4) “social-welfare” groups are permitted to engage in partisan political-campaign activity and lobbying, as long as it is not their “primary” purpose or activity.

The (c)(4) provision contains no condition against exercising political-speech rights to obtain or retain its exemption. While taxpayers who make contributions to (c)(3) groups can deduct the donated amount from their income for tax purposes, recall, those who give to (c)(4) groups cannot. Section (c)(4) is thus a way to pay the price for exercising the right to speech.

Throughout its history, as well-recounted by Clemson University assistant history professor Maribel Morey on the HistPhil website she co-edits, the nonprofit National Association for the Advancement of Colored People (NAACP) has toggled between (c)(3) and (c)(4) status ­— essentially changing its mind about the political-speech bargains it was willing to accept with the government.

Specifically, she fears, “individual donors of the NAACP, much as in the 1970s,” when it had previously been a (c)(4), “might look beyond the fact that their contributions to a 501(c)4 are not tax-deductible and still come to the organization’s rescue. However, then as now, the NAACP will have one less financial resource as its disposal during a financial emergency: private foundations’ wealth.” Private-foundation grantmaking is limited by tax law to (c)(3) charitable groups or purposes.

The NAACP’s current bargain with the state—and donors, existing or potential—is increasingly looking palatable to other liberal groups, as well. “Many of the key groups founded to resist Trump, including Indivisible Project, Onward Together, Our Revolution, Sixteen Thirty Fund, Stand Up America, and Women’s March,” Columbia Law School professor David Pozen reports in The Atlantic, “are abandoning the 501(c)(3) public-charity route and incorporating as 501(c)(4) ‘social welfare’ organizations instead.”

Pozen notes that many policy-oriented nonprofits have affiliated (c)(3)s and (c)(4)s, but the (c)(4)s seem to be attracting more support from givers. The (c)(3) American Civil Liberties Union Foundation’s assets grew by 17% in its fiscal-year 2017, for example, but the (c)(4) American Civil Liberties Union assets grew 89%. It will be interesting to track these and other groups’ equivalent numbers during the coming years.

Looking forward, as Morey notes in her consideration of the NAACP’s (c)(4) decision, for those existing policy-oriented private-foundation grantmakers that are limited to supporting only (c)(3) groups or purposes, they could find themselves with less leverage in attempting to influence public discourse and education of policymakers and the public about those issues of interest to them.

For those donors in a position to select that tax-provision route through which they want to support nonprofits in furtherance of a policy-oriented worldview, as Morey also contemplates, nonprofits have to first select the right legal guise under which they’re going to open the fundraising bargaining with them and then the best particular “value-added” proposition they’ll present in that guise.

In sum: if (c)(3), then government-subsidized deduction, but no political speech or activity; if (c)(4), no deduction and so a penalty, but political speech is permissible. After that and either way, of course, the nonprofit will likely have to show measurable results to justify the previous giving and ask again for more.

In the meantime, for those who take Hamburger’s position in “Liberal Suppression” regarding the motives underlying §501(c)(3)’s unconstitutional conditions, perhaps at least some distress can be alleviated by seeing the liberal nonprofits and their donors having to consider the actual cost of paying an anti-speech penalty originally meant by liberals to be assessed on what were considered conservative groups.

Donors can bargain about that with them.