Nonprofit Groups are Restructuring Themselves to be Political Players 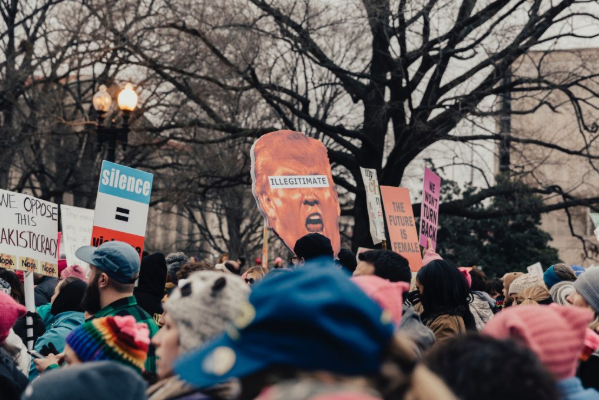 This article originally appeared in Philanthropy Daily on January 29, 2019.

When it comes to the battle over political ideas, the left and right have followed a familiar dance. The right tends to rely on 501(c)(4) operations, which are tax exempt but whose donors cannot deduct their donations from their taxes. The left denounces the 501(c)(4)s as “dark money” because their donors are anonymous, a rule reinforced by the IRS this past summer.

They do this even though, as Olivier Zunz notes in Philanthropy in America, the Supreme Court decision which created the modern distinction between (c)(3)s and (c)(4)s, Regan v. Taxation With Representation (1983), came about because a liberal good-government lobbying group, Taxation With Representation, thought it was unfairly denied its tax exemption and took its case to the Supreme Court. (I reviewed Zunz’a book for the Weekly Standard here).

The left, rather than relying on (c)(4)s, has in the past chosen labor unions and litigation as their vehicles for political combat. But as David Pozen, who teaches at the Columbia Law School, notes in this piece for the Atlantic, the tactics of the left and right in using nonprofits for political ends are starting to converge.

Recall that 501(c)(3)s can only engage in political campaigns or lobbying as long as it is an insubstantial portion of their activities. But they can file an unlimited number of lawsuits. “The 501(c)(3) form,” Pozen writes, “fit snugly into the postwar theory of legal liberalism, in which the federal courts were seen as the key agents of social reform and professionally managed nonprofits as their partners in that effort.”

But private-sector labor unions have been in decline for decades. Despite the efforts of scores of liberal 501(c)(3)s, Donald Trump won the 2016 presidential contest. The confirmation of Brett Kavanaugh to the Supreme Court, in Pozen’s view, has told many leftists that lawsuits won’t get them the political change they desire. “While lawsuits may be crucial for challenging certain flagrant abuses of power,” he argues, “many resistance groups feel compelled to participate directly in the rough-and-tumble of electoral politics.”

Finally, the substantial increase in the standard deduction instituted as a result of the 2017 tax reform means that far fewer people are making charitable tax deductions than before tax reform. If a tax deduction doesn’t matter to a particular donor, then why not give to an organization that can lobby rather than one that can’t?

As a result, Pozen notes these developments:

Many of the groups formed to be part of the anti-Trump “resistance”—Indivisible Project, Onward Together, Stand Up America—have incorporated as 501(c)(4)s.

While the assets of the American Civil Liberties Union in fiscal year 2017 grew by 17 percent, the assets of its affiliated 501(c)(4) grew by 89 percent.

The NAACP didn’t just create a 501(c)(4)—it became a 501(c)(4). The change, president Derrick Johnson told the Associated Press, means the NAACP will “be able to clearly state without any equivocation our positions and to encourage our members and the communities we represent to do the same.”

In a related move, members of the “alt-labor” movement, including National Domestic Workers Alliance, Restaurant Opportunities Center United, and Retail Action Project are incorporating, not as unions, but as 501(c)(3)s. Pozen doesn’t give an explanation for this, but one reason may be that as 501(c)(3)s, these organizations can give their members—including those who are self-employed—some benefits and some ability to connect with other members in their profession without the formality of being certified as a union.

What does this shift to 501(c)(4)s by the left mean? Pozen foresees a great deal more litigation about the role of “dark money” in politics.

One recent example is the decision of the Supreme Court in September to let stand a ruling by U.S. District Court Chief Judge Beryl A. Howell that rules that 501(c)(4)s and “business league” 501(c)(6)s have to disclose all donors over $200 when these groups directly campaign for or against a political candidate (such as in a television commercial). As Dave Levinthal and Sarah Kleiner of the Center for Public Integrity report, the case involves a six-year old complaint by the Citizens for Responsibility and Ethics in Washington against Crossroads GPS, a very large right-wing 501(c)(4).

It remains to be seen how the Federal Election Commission will interpret Judge Howell’s decision in the regulations it will issue. But as Pozen concludes, one thing is clear—when it comes to political debates, 501(c)(3)s will matter less—and 501(c)(4)s will matter more.

“For the foreseeable future,” Pozen concludes, “the nation’s political welfare will increasingly be bound up with social-welfare organizations.”

[Editor’s note: An earlier edition of this article incorrectly stated that 501(c)(3)s cannot engage in political campaigns or lobbying. In fact, 501(c)(3) organizations may lobby as long as it is an insubstantial portion of their activities.]