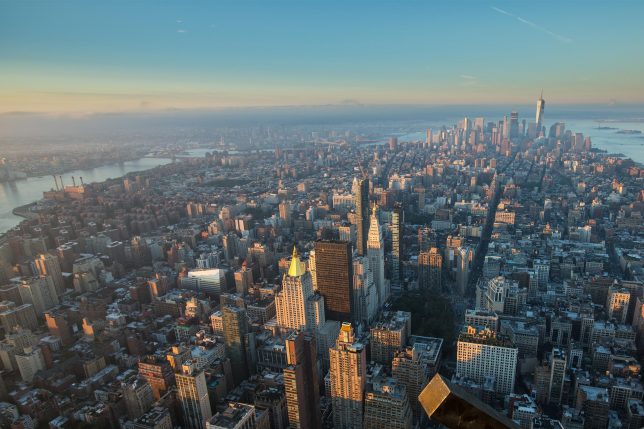 In fiscal year 2016, New York paid its employees a stunning $11 billion in overtime and bonus pay. 76,166 “rank-and-file NYC public employees” earned over $100,000 each. Broken down, this includes $1.3 billion in overtime costs, $728 million in “extra pay,” and millions in pension, health insurance, vacation, holiday, and sick pay.

Supplemental pay accounts for 12 percent of public employees’ total compensation, the report finds – more than triple the 3.5 percent rate in private sector jobs. “New York City can be a hub of opportunity, and not just for aspiring Broadway stars. All sorts of city workers earn big bucks,” said Adam Andrzejewski, CEO of Openthebooks.com.

He’s not kidding. Some of the more egregious examples include 694 school custodians paid over $100,000 when overtime costs are factored into their salary. Of those, 398 earn more than $150,000 each year—more than most school principals nationwide.

Another 15,821 teachers clear $100,000 each year. And 39 tradespeople, including oilers, thermostat repairers, and plumbers, are paid more than $218,000—more than the city police commissioner earned last year. In total, Openthebooks details over 34,000 public employees collecting more than $20,000 in overtime pay each, claiming as much as 2,000 overtime hours (that’s over 83 days, or 16.6 five-day work weeks) each year.

New York City’s dedicated public servants, including our police officers, teachers and firefighters, are the hardest-working in the world, and New Yorkers see the results of that hard work every day.

Occasionally, overtime is necessary to face unplanned events or meet critical operational need. But we take our fiscal responsibility seriously and are constantly monitoring use citywide to determine if there are areas where we can do even better.

Read the full report at Openthebooks.com.

CRC has also reported on the $150 million New Yorkers spend each year propping up bad teachers in so-called “rubber rooms,” where educators are sent to nap, play board games, and stuff envelopes—while collecting paychecks—in order to improve discipline. Read our article here.