New Yorkers Pay $150 Million to Prop Up Bad Teachers, Then Send Them Back Into the Classroom

Once again, students are the victims of the misguided teachers' unions efforts to protect their members 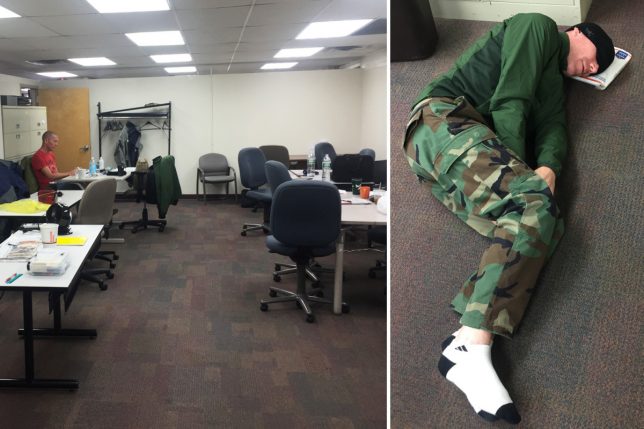 New York’s so-called “rubber rooms”—reassignment centers where hundreds of teachers in need of academic discipline are sent to do virtually no work—are a running joke in the city. Teachers in limbo are left to finish out each six hour day by napping, reading newspapers, doing crossword puzzles, or conducting menial tasks – stuffing envelopes and making paper copies.

It’s a time-out the New York Department of Education has long denied even exists; yet it costs taxpayers $150 million each year in teachers’ salaries and benefits. The average rubber room idler earns $94,000 a year, or $10,000 more than the average teacher salary in the school system. Unsurprisingly, the rigors of the rubber room aren’t enough to improve discipline. Many idlers are repeat offenders. Even the New York Times recognizes the problem:

Close to a third of the teachers in the pool were there because they had faced legal or disciplinary charges.

Faced with ballooning costs and unable to fire many tenured educators, the Department of Education’s solution is to flood local classrooms with some 400 of the worst teachers in the education system. The consequences are predictably dire. In underperforming schools (particularly in poor areas) bad teachers could take the place of potential new hires, blocking the influx of qualified, motivated educators to a system that badly needs them. New York Mayor Bill de Blasio campaigned on spending hundreds of millions of dollars to help these schools; without good teachers to guide students, however, it’s a wasted investment.

It’s a classic case of entrenched Big Labor, and it’s ruining a generation of young students. Thanks to sweetheart deals with pro-union lawmakers, teachers in New York state are virtually fire-proof. With the rubber rooms gone, they’re virtually discipline-proof.

But through it all, the victim remains the same: students.

Capital Research Center has written extensively about the dangers of teachers unions. Catch our short video on it here: