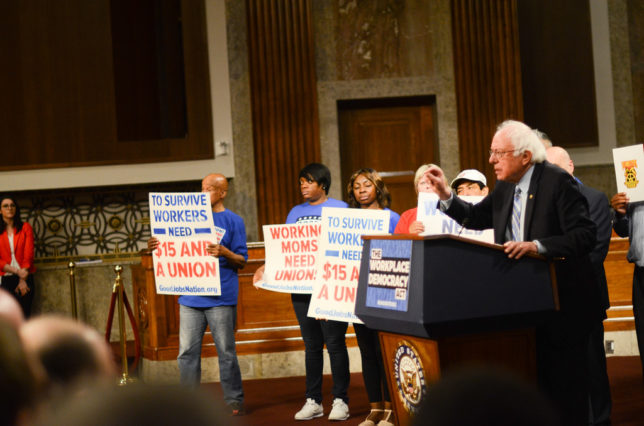 With the recent introduction of HB 13 in the Florida state legislature, the questionable practice of union “release time” may finally come to an end.

Union release time refers to taxpayer funded subsidies (negotiated through collective bargaining) that pay public employees to conduct union business. In other words, taxpayer dollars can be used to fund special-interest groups to the tune of millions of dollars with little to no oversight.

Even in more conservative states where lawsuits have challenged union release time, state courts have generally upheld the subsidy. Many states have “gift clauses” that prohibit the use of public subsidies for private activities that do not benefit taxpayers; a fair reading of these clauses should prohibit union release time. Unfortunately, courts have ruled that release time is legitimate if it benefits the public.

Yes, government workers can leave their day jobs and receive pay to conduct everyday union business matters—which are political by definition. That was part of the justification for holding mandatory union fees unconstitutional in the Janus v. AFSCME case: As Justice Alito wrote (quoting his previous decision in Harris v. Quinn), “In the public sector, core issues such as wages, pensions, and benefits are important political issues, but that is generally not so in the private sector.”

Although some municipalities mandate recordkeeping with union release time funds, the Florida counties responsible for spending the most release time money in the state have no bookkeeping or accountability requirements. Often, release time laws are intentionally designed to side skirt transparency and accountability.

According to a policy brief (made possible by information acquired through FOIA requests) by the James Madison Institute, union release time put taxpayers in the state of Florida on the hook for around $11 million from FY 2014-2016—$9 million of which was from Miami-Dade County alone.

Unfortunately, Florida is not the only state giving out shady subsidies to special interests. Union release time cost Connecticut taxpayers $4.2 million in 2015, with some employees spending nearly every work day on union release time. New Jersey taxpayers shell out $7 million a year. For many state budgets, a few million dollars is a drop in the bucket. That doesn’t excuse the existence of wasteful government spending—especially if the taxpayer money is being spent to prop up special interest groups outside the domain of public accountability and transparency.