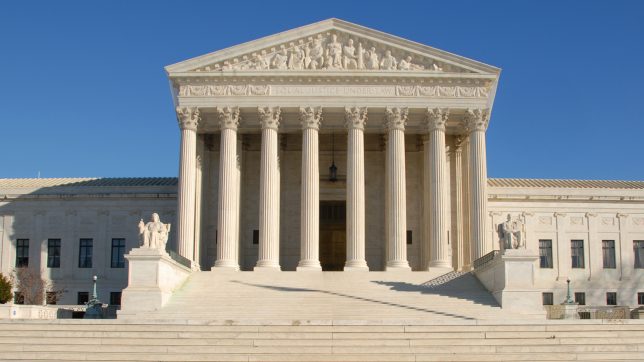 On Wednesday, the Supreme Court finally handed down its ruling in the Janus v. AFSCME case, which challenged the ability of government worker unions to force dissenting nonmembers to pay the unions for representation the dissenters did not want. In a 5-4 ruling written by Justice Samuel Alito, the Court held that such compulsion violated the First Amendment rights of dissenting nonmembers like Mark Janus, the Illinois child-support worker who brought the case.

Central to the majority opinion is an expert take-down of Big Labor’s dubious defense to right-to-work laws which protect union-represented workers from financially supporting unions which they oppose. First, Justice Alito notes the obvious. Workers like Mark Janus who actively reject the unions’ activities are not properly free riders at all: “[Janus] argues that he is not a free rider on a bus headed for a destination that he wishes to reach but is more like a person shanghaied for an unwanted voyage.”

But it is true that unions (under a certain, almost universal circumstance) demand and are granted exclusive monopoly representation in both the private and public sectors where it is available. This privilege makes a single union the only voice in a unionized workplace, and provides a substantial benefit to the union’s institutional position. As Justice Alito writes (citations omitted):

Not only is the union given the exclusive right to speak for all the employees in collective bargaining, but the employer is required by state law to listen to and to bargain in good faith with only that union. Designation as exclusive representative thus “results in a tremendous increase in the power” of the union. In addition, a union designated as exclusive representative is often granted special privileges, such as obtaining information about employees and having dues and fees deducted directly from employee wages. The collective-bargaining agreement in this case guarantees a long list of additional privileges. These benefits greatly outweigh any extra burden imposed by the duty of providing fair representation for nonmembers.

Justice Alito further debunks government worker unions’ claim that they can meaningfully separate their bargaining expenses from their political activities. He writes:

A public-sector union’s demand for a 5% raise for the many thousands of employees it represents would be another matter entirely. Granting such a raise could have a serious impact on the budget of the government unit in question, and by the same token, denying a raise might have a significant effect on the performance of government services.

Banking with the SEIU to Fund a Radical Anti-Immigration Republican?