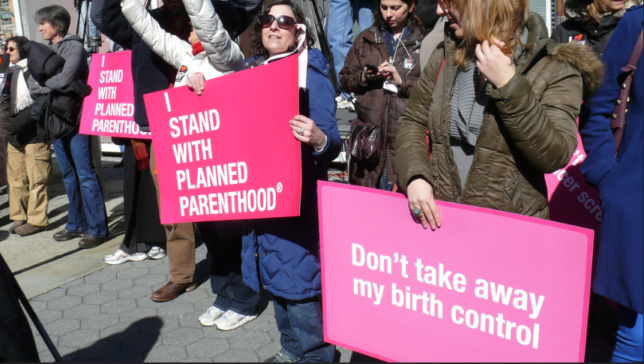 Left-wing state governments in New York and Virginia are proposing laws creating ever-more-aggressive abortion regimes: New York passed the Reproductive Health Act on the 46th anniversary of Roe v. Wade, which allows non-doctor medical professionals to perform abortions, removes abortion from the criminal code, and allows for the abortion of unborn babies in the third trimester. Virginia Governor Ralph Northam (D), responding to a state legislator’s admission that a woman in labor could get an abortion under a proposed bill, later said, “The infant would be kept comfortable” and “would be resuscitated if that’s what the mother and the family desired” if delivered alive in that circumstance. At the federal level, one front group for a secret money network is attacking political appointees at the Department of Health and Human Services (HHS) for opposing the left-wing abortion agenda.

The group’s name is “Equity Forward,” and its campaign is “HHS Watch.” Behind the innocuous façade lie Arabella Advisors and the Hopewell Fund, according to online job listings. As CRC’s Hayden Ludwig reported, Arabella Advisors manages four funds—including Hopewell. Added together, these four pots of money would be one of the 30 largest public charities in the country. The funds then create a number of “pop-up” advocacy campaigns like Equity Forward. (A list of front organizations created by just one Arabella fund, Sixteen Thirty, can be found at Influence Watch.)

So, what is “HHS Watch,” Equity Forward’s first campaign project, watching? HHS Watch publishes opposition research on the Trump administration’s appointees, focusing on work they have done for social conservative groups, especially those smeared by the Southern Poverty Law Center. The campaign further attacks the administration appointees’ efforts to overturn provisions in Obamacare which compel religious dissenters to pay for birth control and abortifacient drugs.

As a fiscally sponsored “project” of the Hopewell Fund, identifying Equity Forward’s funders is impossible. One of the key perks of donating to Equity Forward, or any other project housed by Arabella’s three 501(c)(3) funds, is that donors can make tax-deductible donations while maintaining their anonymity. (Of course, donor anonymity is a constitutional right, and other financial vehicles, such as donor advised funds, do the same thing.) Watchdogs can see some grants and donations made to Hopewell, but after a gift is made to Hopewell, it’s anyone’s guess where the money goes.

But the ideological motivation behind the campaign is clear from the résumé of Equity Forward’s executive director Mary Alice Carter. Carter worked for the national Planned Parenthood Federation of America, Physicians for Reproductive Health, the National Institute for Reproductive Health, and the NARAL state affiliate in New York before heading up this Hopewell pop-up campaign.

NARAL’s national political committee and its state affiliate in Virginia supported Governor Northam through his political career with $69,930 in contributions; Planned Parenthood’s Virginia affiliate and its national advocacy fund chipped in over $2.1 million. If proposals such as Northam’s are the goal of the Planned Parenthood- and NARAL-associated “Equity Forward,” pro-life HHS appointees will wear attacks from it as badges of honor.