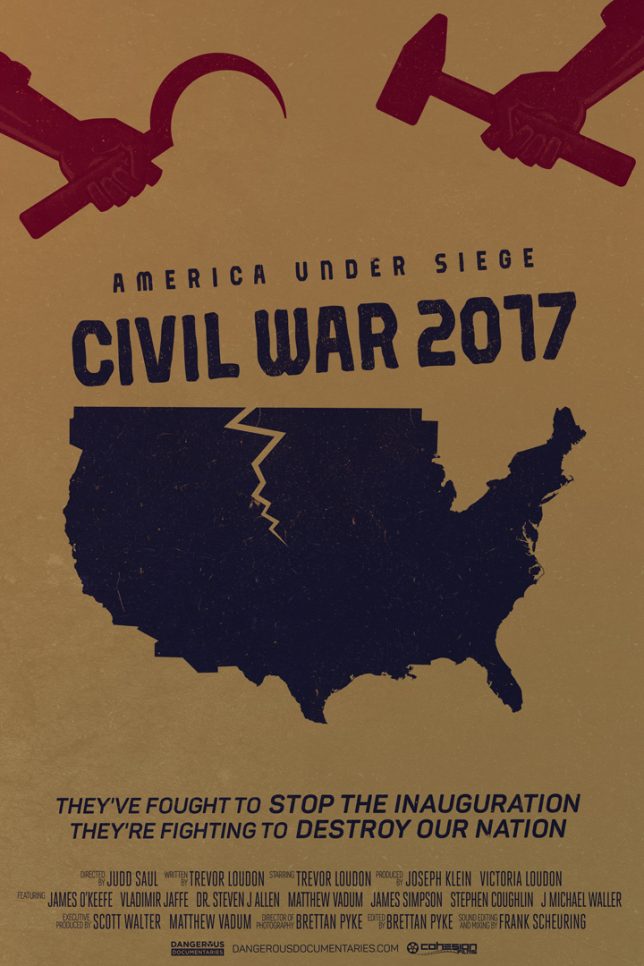 “Civil War 2017” is the first episode in a five-part “America Under Siege” documentary web-series to be released over the course of 2017. Each episode will profile the influence of radical Marxists on various segments of American society.

While 700,000 protesters are converging on Washington D.C. for Inauguration Day—in addition to anti-Trump rallies planned in dozens of cities across the country—the political groups behind the protests remain shrouded in mystery.

Working with Dangerous Documentaries, director Judd Saul and conservative commentator Trevor Loudon have compiled a team of researchers and undercover operatives to probe the roots of the anti-Trump movement, highlighting the ultimate goals and ulterior motives. Mr. Loudon, a regular contributor to Glenn Beck’s online programming, is the foremost expert on the left-wing organizers of mass protests.