Movement for Black Lives Has a New Fiscal Sponsor 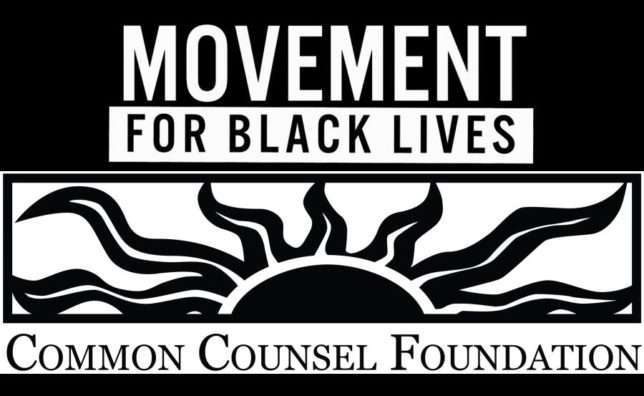 The Common Counsel Foundation appears to be the new fiscal sponsor of the Movement for Black Lives, one of the primary organizations associated with the broader Black Lives Matter movement, which rose to renewed prominence in 2020.

On its website homepage, the Movement for Black Lives now identifies its fiscal sponsor as the Common Counsel Foundation:

As recently as January 4, 2021, its website listed the Alliance for Global Justice as fiscal sponsor, according to screen captures from the Internet Archive’s Wayback Machine.

The Common Counsel Foundation is a 501(c)(3) nonprofit based in Oakland, CA. Its most recent available tax filings from 2019 reveal net assets of a little over $12.2 million, with total revenue of a little over $8.8 million. Its website explains that it uses “a combination of direct grantmaking and strategic philanthropic advising for independent foundations and donors.” Its objective is to “expand philanthropic resources for progressive social movements,” and it lists three other fiscally sponsored projects on its website.

Some organizations that have reported grants in recent years to the Common Counsel Foundation on their respective tax filings and websites include the California Endowment, the Ford Foundation, the Surdna Foundation, the San Francisco Foundation, and the James Irvine Foundation.

To learn more about the organizational structure of Black Lives Matter, click here.