The elite arts-and-culture establishment, its echelons, and everyone else. 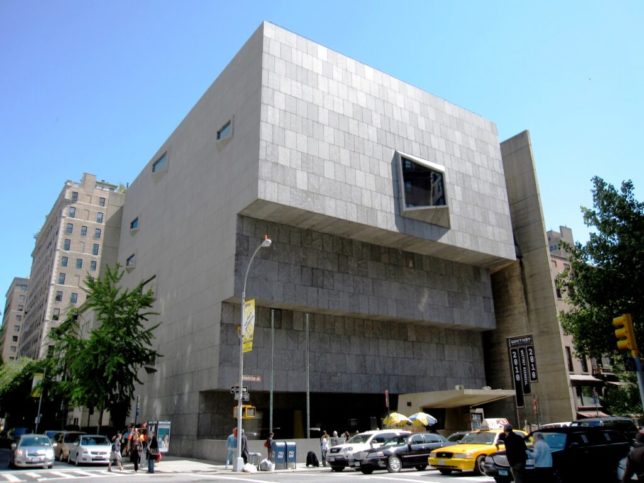 “Given that many museums are so obviously a manifestation of private wealth, made possible by the accumulation of riches often spent for private as well as public benefit,” according to British curator and art historian Charles Saumarez Smith in his good-looking, photo-laden new book The Art Museum in Modern Times, “it is not surprising that questions are increasingly being asked about the extent to which public culture is controlled and made possible by a small cadre of very wealthy individuals.” 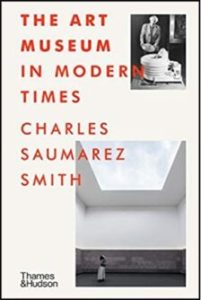 Yes, they are, and Saumarez Smith addresses them in the book. He also has some answers, which raise more questions.

Saumarez Smith started teaching the history of design at the Victoria and Albert Museum of London in 1982 and has been director of the National Portrait Gallery in London, director of Britain’s National Gallery, and chief executive of the Royal Academy of Arts. He was Knighted in the 2018 Queen’s Birthday Honours List.

To those not from or in high-brow, establishment arts and culture, he sure seems like a serious member of its most-upper echelon. Admittedly snarkily, one might wonder whether he’d ever enjoy a Funyun or two with his fourth Milwaukee’s Best during a mid-tier NASCAR Cup Series event on the television in the corner near the ceiling.

“This hostility” to the small cadre of very wealthy individuals “has a long history,” Saumarez Smith continues.

It goes back to the work of the Guerilla Art Action Group, who entered the lobby of the Museum of Modern Art on 18 November 1969, wrestled on the floor, and left leaflets calling for ‘the immediate resignation of all the Rockefellers from the Board of Trustees of The Museum of Modern Art’ because, it claimed, they used ‘art as a disguise, a cover for their brutal involvement in all spheres of the war machine.’

He then highlights a little more of the anti-elitism against museums in history. Most of the critics of elites funding and running museums presumably would not consider themselves anti-museum, of course, just anti-elite. One gets the idea they might just be in a lower echelon of establishment arts and culture.

“More recently, these attacks have resumed as part of a new climate of public opinion which is hostile to the immoralities of public wealth, particularly where it is associated with tobacco, pharmaceuticals, fossil fuels and the arms trade,” the renowned Saumarez Smith correctly notes in The Art Museum in Modern Times.

He then highlights some of these contemporary attacks, including recently on the Whitney Museum—the vice chairman of which, Warren B. Kanders, was forced to resign after it became widely known that he owned a manufacturer of law-enforcement and military supplies that had been used against migrants and asylum seekers on the U.S. Mexican border.

The campaign against the Whitney institutionally and Kanders individually started within the museum’s own staff and then expanded to include artists whose work was slated to have appeared there. Arguably, in other words, it began among the establishment’s echelons.

As for actual visitors to the place, well, “The question that this debate opens up is how much visitors to museums should care [about], and take an interest in, the sources of wealth that have been deployed in the creation and expansion of museums,” Saumarez Smith writes, “… and how much they should disapprove of the dependency of museums on international capitalism.”

He then lists “some of the greatest museums in the world” that “were created during an era of so-called ‘robber barons’ who accumulated great wealth through often highly disreputable means, and then both celebrated and laundered that wealth by showing their private collections in public.”

Saumarez Smith then gives some other examples of morally questioned musea funders—naming names, specifically including many who funded New York’s Museum of Modern Art—and asks, “Should we mind?” It’s not clear who he means by “we” there, but in answering his own question, at least sort of, he points out that the philanthropists’ “independent means” and “social confidence … gave them the intellectual confidence to take on forms of avant-garde art practice which at the time were unfashionable.”

Furthering and perhaps finalizing the answer to his own question, Saumarez Smith goes on,

I do not have to admire the personalities of Barnes and Walsh or make a moral judgment on the sources of their private wealth to respect what they have done in terms of the public benefit of making their collections available. Art has been used ever since medieval chantry chapels to launder the reputation of the sinful and to buy their way into heaven.

Don’t have to make a moral judgment, I guess, no—but one could, no? Private wealth and public benefit, furthermore, needn’t necessarily be considered so in conflict with each other, need they? They could be, and I guess seem to be too much, but always? Saumarez Smith is right: more questions, for visitors and everybody else.

One senses that in choosing a non-admirable irascible and an apparently equally non-admirable good gambler to represent the disruptive, avant-garde nature of the arts-and-culture funding establishment, The Art Museum in Modern Times might be working a little too hard, perhaps being a little too cute. As only a very-occasional museum visitor, but one with some familiarity of philanthropy, it doesn’t seem as if its upper echelon should get off so easily in the face of criticism from “anti-laundering” fellow progressives in an echelon or two lower. But that’s yet another question.

As for anti-elite non-progressives and capitalist or barstool conservatives (who may be the same people)—whether existing or potential funders, or merely intermittent museum visitors—best to entertain this discourse from a non-funding afar. Don’t sleep on the Flamin’ Hot Funyuns either.

This article originally appeared in the Giving Review on May 17, 2021.