Mike Lux and the Machine: How an Activist You’ve Never Heard of Has Greased the Wheels 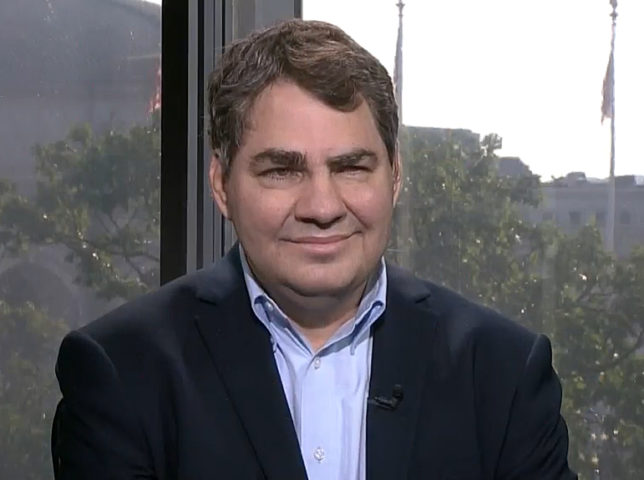 “Modern day conservatives are fools . . . . their lies will catch up to them, and so will their lack of courage.” This is the “assessment” from longtime Democratic strategist Mike Lux, whose entire career has been spent building and operating the leftist “dark money” machine that support liberal and leftist causes. While activists exist in all shapes and sizes, Lux’s influence is especially noteworthy as he reaches many corners of the Democratic party, with willing ears in the Clinton family to the nonprofit charities and many in-between.

Lux has been active in Democratic politics since the late 1980s. He got his start in national politics as a volunteer for the Walter Mondale presidential run in 1984, before riding the Clinton election to career success in 1992. He has served as a special assistant to the Clinton and Obama White Houses. In between stints at the White House, Lux has served on boards of—or launched—a large number of organizations. He’s written two books,  and he’s been a senior adviser at the Democratic National Committee.

With his résumé, Mike Lux has become a top tier left-of-center political operative. His connections and work have brought him into contact with tens of millions of dollars, powerful people, and the ever-growing liberal funding network. A 2007 article by Lux in HuffPost gives a detailed roadmap on how the Left should better organize their political fundraising.

Spoiler alert: they followed his advice.

Mike Lux has grown his network as co-founder at Democracy Partners, a highly influential consultancy whose client list is far too long to enumerate, but includes the “who’s who” of Democratic politics. Its credibility has been built, in part, from Mike Lux’s work at Mike Lux Media LLC, formerly Progressive Strategies. The clients of Mike Lux Media LLC have included the League of Conservation Voters, Planned Parenthood, Moveon.org, the NAACP Voter Fund, Center for Community Change, DailyKos, and Democracy Alliance. Lux on his own has been a powerful consultant and important cog; with Democracy Partners, Lux can spread his reach and further help coordinate the Left’s giving apparatus by being just one of many sought-after consultants on staff.

Lux’s work has brought him into contact with many political operatives and big names on the Left. One such name is fellow Democracy Partners co-founder Bob Creamer, who is most notably remembered as the consultant removed from Hillary Clinton’s 2016 campaign team for claiming— recorded in video by Project Veritas—that he was given direct orders from Hillary Clinton to disrupt Trump rallies and campaign events.

Lux, in an email chain released on WikiLeaks, claimed Creamer is close to Clinton campaign manager Robbie Mook; Lux sent a message to Creamer advising the campaign to more aggressively target progressives and sent this same message to John Podesta through Center for American Progress president Neera Tanden. Although his role in Creamer’s scandal is minimal, it is noteworthy to point out that he was an advisor to former DNC head Donna Brazile (who was ousted for feeding Clinton questions prior to debates against opponent Bernie Sanders) during this time. He worked with Creamer and Americans United for Change National Field Director Scott Foval at Democracy Partners; Foval was fired from his position at both organizations for his role in the Creamer scandal.

On Democracy Alliance, Lux exclaimed his excitement that the Left was creating complex funding networks to move money quickly. He has worked as a consultant for DA, ostensibly offering his voice and networking resources to better create working liberal relationships that spawn projects and policy initiatives. Consulting directly for Democracy Alliance and having working relationships with a number of member groups, Lux is at the center of quite a large and financially well-endowed network of liberal figures and institutions.

He has worked for, founded or co-founded, or been a board member of the following organizations: American Family Voices, People for the American Way, Americans United for Change, the League of Conservation Voters, the Center for Community Change, the Arca Foundation, the Ballot Initiative Strategy Center, the Center for Progressive Leadership, the Proteus Fund, the Voter Participation Center, the AFL-CIO, and SumofUS.

To better understand the tactics of organizations Lux associates with, we can highlight one organization he’s worked with: the Center for Community Change. It is a public charity with related advocacy and PAC organizations dedicated to political organizing and spending. They support progressive positions on entitlement programs, such as extreme expansions on welfare and healthcare. With a partner advocacy organization and political action committee, the umbrella group that is CCC can spend almost limitlessly on Democratic campaigns, endorse candidates, and claim nonprofit status for tax-exempt donations all while maintaining a thin veil of separation.

For organizations that Lux has directly called the shots, look no further than American Family Voices. This group was extremely active during the Bush Administration, running advertisements highly critical of President Bush and Vice President Cheney. Its most active campaigns were about government ties to the scandal-ridden company Enron—it actually bought two domain names to campaign against the administration—and against loosening EPA regulations, running an advertisement in 2011 that endorsed an exaggerated claim that pollutants will eventually kill children. Lux organized this group as a 501(c)(4) advocacy organization, meaning that he could hide his donors and spend money on political advertisements. Even the New York Times characterized American Family Voices as “secretive” and as a union-backed enterprise that doesn’t disclose the relationship.

The Left likes to claim that Republicans are the party of the rich. During the 2020 presidential campaign season alone, former Vice President Joe Biden has railed on “dark money” (despite now accepting PAC spending on his behalf) and Senator Elizabeth Warren has mugs with the phrase “billionaire tears” on them. What the Left doesn’t show is the networks that exist just below its own surface that generate millions of dollars for liberal causes and candidates; Mike Lux has worked extensively in that political arena. The Left doesn’t highlight his work, but it needs him to maintain the well-greased and well-endowed political machine; a political machine he himself helped build and operate.