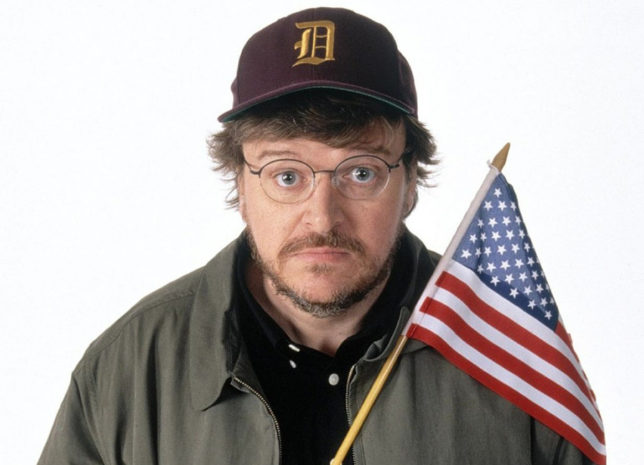 Moore is already throwing in the towel for the presidential election.

Donald Trump will beat Hillary Clinton, he predicts on his website.

I am sorry to be the bearer of bad news, but I gave it to you straight last summer when I told you that Donald Trump would be the Republican nominee for president. And now I have even more awful, depressing news for you: Donald J. Trump is going to win in November. This wretched, ignorant, dangerous part-time clown and full time sociopath is going to be our next president. President Trump. Go ahead and say the words, ‘cause you’ll be saying them for the next four years: “PRESIDENT TRUMP.”

Many Democrats are in denial, he says.

If he’s right, I am surrounded by thousands of deluded people right now at the Democratic National Convention.