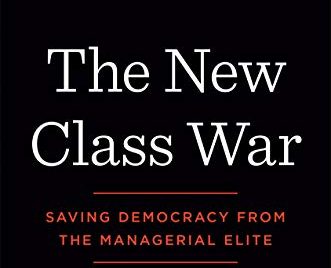 During the COVID crisis, “[t]he major debate over lockdowns has been between small-business owners, who form the political base of the Republican party, and professionals, particularly in the educational, government, and nonprofit sectors, who provide the political base of the Democrats,” according to Michael Lind in “The COVID Class War Heats Up” in Tablet magazine earlier this week. 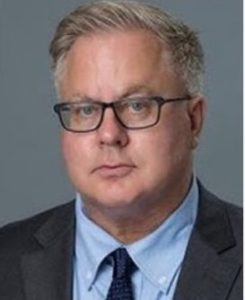 Lind is a professor of practice at the University of Texas at Austin, a fellow at New America, and a Tablet columnist. His most-recent book is The New Class War: Saving America from the Managerial Elite. He considers liberal foundations to be part of the “managerial elite.”

“The COVID class war is an intra-elite power struggle between progressive professionals and conservative small-business owners,” Lind writes, with typical clarifying insight, in the Tablet column. There have been a lot of analogy-drawing allusions of late to French history. In this context, my Giving Review co-editor Dan Schmidt informs me, the small businessmen and -women might be likened to the Poujadisme movement.

In the American context—historically, contemporarily, and probably prospectively—establishment philanthropy has been, is, and will be decidedly on the side of the progressive elites. “[T]he nonprofit sector, which shares its early 20th-century culture of technocratic progressivism with the universities, has ballooned in the last few decades, as tech and finance billionaires have poured large fortunes into it,” Lind notes.

Sooner or later, he warns, “there will be another crisis,” and the philanthropically bolstered “dominant culture of technocratic progressivism and its adherents will insist it can only be addressed by expert-led, top-down, centralized government allocation of resources or jobs.”

This article was originally published in the Giving Review on March 20, 2021.