Marionettes and Mazes: The “Trump Effect” on Activism 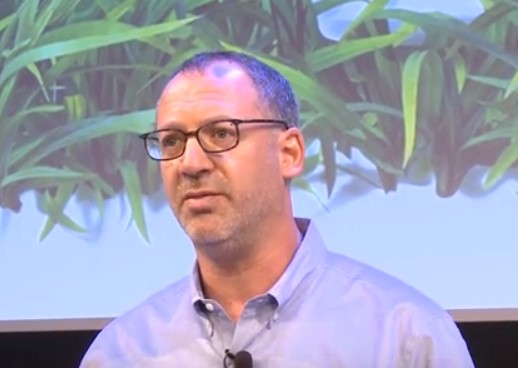 Summary: The election of President Donald Trump triggered the creation of numerous new activist groups on the Left. But while virtually every one of them claims to be “grassroots,” many aren’t real organizations at all. Meet the professional Left’s “pop-up” protesters—websites designed to look like spontaneously generated citizen activism against the policies of the Trump administration and the Republican Party. Quietly pulling the strings behind these fake groups is the New Venture Fund, a mega-funder created and managed by a for-profit philanthropy consulting company, Arabella Advisors, led by a wealthy and influential ex-Clinton administration staffer, Eric Kessler.

It’s a good time to be a left-wing activist. The Trump administration’s victories have inspired and mobilized the professional Left, which has churned out new agitation groups by the dozen to protest virtually everything President Trump says and does.

But take a closer look and you’ll find that many of these activist groups aren’t really groups at all. They’re more like masks: sophisticated websites made to cast the illusion that they’re more than just a small digital space owned by a much larger entity. Behind the mask is the New Venture Fund, a $363 million mega-funder and incubation nonprofit that specializes in generating attack websites on behalf of its special interest clients.

But even the New Venture Fund is just a tool for creating and controlling these “pop-up” activist groups. At its helm is Arabella Advisors, an influential philanthropy consulting firm in Washington, D.C., catering to groups like the Rockefeller Family Fund, the Ford Foundation, and George Soros’s Open Society Foundations. The firm belongs to Eric Kessler—Arabella’s senior managing director and string-puller-in-chief—an ex-environmental activist and Clinton administration staffer who now operates in the highest echelon of Democratic Party politics.

Together with its “sister” advocacy arm the Sixteen Thirty Fund, a leading “dark money” funder also operated by Arabella Advisors, the New Venture Fund controls a menagerie of fake “pop-up” groups targeting everything from President Trump’s judicial nominees to pushing abortion-on-demand policies in the federal government.

In order to grasp the New Venture Fund’s impressive reach and value to the institutional Left, it’s worth establishing the role played by Arabella Advisors in expanding left-wing political infrastructure. Arabella Advisors prizes the image of itself as “the only provider of a true end-to-end platform of philanthropic services” in the United States. The company specializes in “philanthropy and impact investing” services, or what it calls “strategic philanthropy.”

Arabella’s version of “strategic philanthropy” usually takes the form of guiding grants to left-wing causes, a service that evidently pays well. The company has grown rapidly since its creation in 2005 and today represents clients with collective assets totaling more than $100 billion. Arabella is also the largest philanthropy consultancy in America, catering to more than half of the 50 largest grantmaking foundations in the country.

But while Arabella Advisors doesn’t hide its connection to its four Funds, the firm is curiously hesitant to explain just how “deep” its partnerships with the Funds run. Littering the groups’ websites are myriad descriptions of the supposedly “independent” Funds managed under an “administrative agreement” with Arabella Advisors. According to the New Venture Fund, it “share[s] a commitment to evaluation and measuring impact” with Arabella Advisors. But it also shares something else with Arabella—an address.

Each of New Venture Fund’s sister nonprofits specializes in a different set of issue areas. The Hopewell Fund, for instance, was launched in 2015 with $8.4 million in startup capital from the left-leaning Susan Thompson Buffett Foundation; it hosts groups like the pro-abortion Equity Forward, which attacked the Trump administration for revoking Obamacare rules compelling conservative religious groups to pay for birth control. Similarly, the Windward Fund focuses on environmentalist causes, thanks to huge grants from the Rockefeller, Kellogg, and Walton (of Wal-Mart fame) Foundations.

But the real stars of the Arabella network are the New Venture Fund and the Sixteen Thirty Fund. Both organizations work hand-in-hand to maximize the effectiveness of their constituent “pop-up” campaigns. This tends to take the form of a New Venture Fund-sponsored fundraising arm and a Sixteen Thirty-sponsored “advocacy” and lobbying arm.

Under this model, these “pop-up” projects take full advantage of each Fund’s respective tax status. The fundraising arm, for instance, offers donors tax-deductibility on their donations thanks to the New Venture Fund’s 501(c)(3) nonprofit designation. The “advocacy” arm, on the other hand, is allowed far more flexibility to lobby under the Sixteen Thirty Fund’s 501(c)(4) designation.

It’s a clever model of fiscal sponsorship that has endeared Arabella to major left-wing funders. Altogether, the four Arabella-run Funds represent a substantial force on the Left, earning more than a combined $417 million in 2016. According to figures from Forbes, that would make the groups the 22nd largest public charity in America, were they a single nonprofit.

It also pays well. Between 2007 and 2016, the New Venture Fund shelled out $50.5 million to Arabella Advisors in management fees—or 49 percent of the $112.7 million it paid in total to contractors over that same period.

The New Venture Fund board of directors overlaps substantially with its three “sister” nonprofits and their governing firm, Arabella Advisors. All five bodies (including Arabella) are headed by Eric Kessler, who serves as board chair, president, or managing director for each of the organizations.

Lee Bodner is president of the New Venture Fund, a position that earned him nearly $237,000 (in salary) in 2016. Bodner, a former managing director for Arabella Advisors, also serves as board chair of the Windward and Hopewell Funds. During his time at Arabella, Bodner played a leadership role in incubation projects housed within New Venture and its lobbying affiliate, the Sixteen Thirty Fund, particularly concerning environmentalist groups.

Further illustrating the close relationship between the New Venture Fund and Arabella Advisers is the presence of two of the firm’s managing directors, Bruce Boyd and Shelly Whelpton. Boyd is former executive director for the Illinois affiliate of the left-leaning Nature Conservancy; Whelpton is a founding board member of Running Start, a left-leaning nonprofit that trains women to run for public office.

In the next installment of Marionettes and Mazes, learn how powerhouse politicos continue the work of the Obama administration and other left-wing agendas from behind the New Venture Fund.