Your tax dollars go to British population control efforts, too. 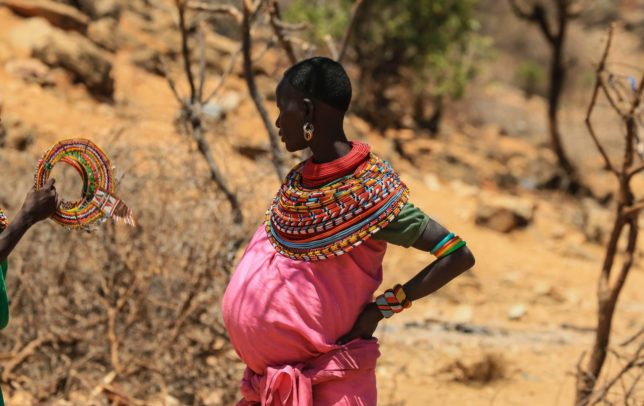 Britain’s second-largest abortion provider is practically unheard of in the United States, yet American foundations and their tax-exempt dollars are some of its biggest cash cows. This is Marie Stopes International (MSI), perhaps the darkest side of Abortion, Inc.

For years, Marie Stopes International has been caught performing hundreds of “botched abortions.” A 2016 government inquiry reported over 2,600 “serious incidents” at Marie Stopes clinics in Britain, the results of failing to follow “basic safety procedures.”

That report also found that Marie Stopes doctors were pressuring female patients to undergo abortions, often ignoring or bulk-signing the pre-consent forms required by British law to ensure that women understand the consequences of aborting their babies. A year later, government inspectors discovered that Marie Stopes staff were “encouraged” to suggest patients undergo abortions because it was “linked to their performance bonuses,” a feature the inspectors called the group’s “cattle market culture.”

In Kenya, where abortion is illegal except in the case of rape, police caught the local Marie Stopes chapter pitching the decomposing corpses of 10 babies it had illegally aborted in a dumpster in 2020. Police later arrested two unregistered medical practitioners for allegedly performing unlawful abortions in Marie Stopes’s Nairobi facility.

This is just scratching the surface of an organization rooted in a culture of death and named for a woman who both pioneered forced sterilization measures in the U.K. and ardently admired Adolf Hitler, to whom she sent a book of her poetry (Love Songs for Young Lovers) just one month prior to his invasion of Poland in 1939.

Marie Stopes International reports performing at least 30 million abortions between 2015 and 2020—and maybe far more than that—the bulk of them in Asia and Africa. Since 2002, the group’s American arm, MSI-US, has brought in a staggering $675 million from funders like the William and Flora Hewlett Foundation, David and Lucile Packard Foundation, Bill and Melinda Gates Foundation, and Warren Buffett’s Susan Thompson Buffett Foundation—the biggest abortion funder in human history.

The Buffett Foundation’s support for MSI-US is so prolific that its grants accounted for 88 percent of the group’s income between 2009 and 2020, an eye-popping $508 million. In 2020 alone, three-quarters of MSI-US revenue came from the Buffett Foundation.

With that kind of lucre, why haven’t more Americans heard of Marie Stopes International?

Perhaps the answer is that MSI-US is little more than a conduit for funneling foundation money to the mothership in London. Between 2002 and 2020, MSI-US redistributed $655 million—97 percent of its income—to the parent group, a British charity.

The group is infamous in Britain’s pro-life community—in no small measure because of its substantial funding from the U.K. government. Britain’s Foreign, Commonwealth, and Development Office granted Marie Stopes International $407 million between 2009 and 2019 and another $48 million in 2020.

But U.S. taxpayers are also subsidizing Marie Stopes’s war on the unborn. The U.S. Agency for International Development (USAID), the federal agency responsible for administering global relief, has funneled $187 million to Marie Stopes and local affiliates in Africa since 2010. That spending even continued under President Donald Trump, since all of the grant commitments were locked in during the Obama administration. No new grants were awarded under Trump.

Although she didn’t directly create the group that today bears her name, Marie Stopes deserves credit as one of the U.K.’s foremost racists and eugenicists. That embarrassing fact led Marie Stopes International to rebrand as “MSI Reproductive Choices” amid the 2020 Black Lives Matter riots in order to distance itself from its namesake. The name change apparently took the group 44 years to act upon, yet it isn’t really a change at all. (Amusingly, “MSI” is also the acronym of Benito Mussolini’s Italian Fascist party.)

Stopes founded the first free birth control clinic in the British Empire in 1921, which closed its doors a century later in June 2021. She might be described as Britain’s Margaret Sanger, a contemporary. She was active in the country’s eugenics movement, an advocate for forced sterilization of the “unfit,” and a popularizer of birth control. Unlike Sanger, Stopes was not sympathetic to socialism and was more conservative in many of her sensibilities. Like Sanger, however, she was somewhat skeptical of abortion. A 1933 biography of Stopes noted:

She is aware of the very great prevalence of the practice of abortion both among the married and the unmarried, and she makes her contribution towards checking that evil by making knowledge of cheap, easy, and safe methods of prevention readily accessible to those who need that knowledge.

Sanger also criticized abortion where she observed it practiced en masse in the Soviet Union. At one point during her 1934 visit to the USSR she argued with a Russian abortion doctor that the extreme rate of Russian abortions indicated that the country ought to adopt birth control measures instead to counteract overpopulation (one of her great fears). It’s an irony of history that such statements would almost certainly see Sanger removed from Planned Parenthood’s board were they uttered today.

It’s no secret that taxpayer dollars flow to abortion activists when a Democrat occupies the White House, so when will President Joseph Biden reopen the spigot?

MSI-US is certainly trying. The group attacked the Trump administration for reinstating the Mexico City Policy—what the Left calls the “Global Gag Rule”—a policy banning nongovernmental organizations from using federal funds “to pay for the performance of abortions as a method of family planning, or to motivate or coerce any person to practice abortions.” Biden rescinded the ban eight days after taking office.

This article originally appeared in the American Conservative on March 14, 2022.