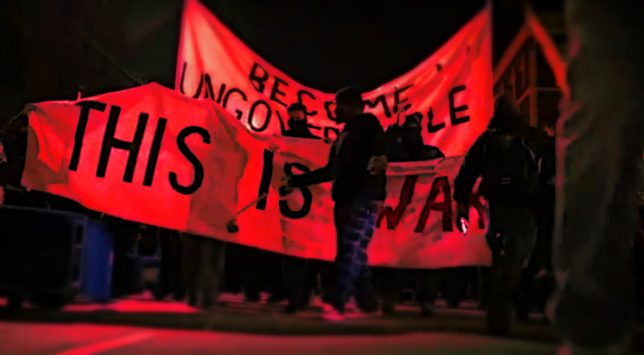 The University of California at Berkeley may soon pay a price for trampling the First Amendment rights of conservative speakers and students on its storied campus.

That’s because a federal judge rejected the campus administration’s request to summarily dismiss an important civil rights lawsuit filed by the Young America’s Foundation and Berkeley College Republicans after their speakers and members received abominable treatment at the school.

“It is good news that the case is going forward,” Harmeet Dhillon, a lawyer for the plaintiffs, said after the ruling. “The First Amendment is a core constitutional principle, and every government policy that restricts, censors, or bars otherwise legal speech is unconstitutional.”

(The case is Young America’s Foundation v. Napolitano. The relevant order may be viewed here.)

It has long been clear that the administration at UC Berkeley only pretends to adhere to the First Amendment’s speech protections. When conservatives are scheduled to speak on campus, the administration typically doesn’t forbid their appearances. Instead, it makes the speeches inconvenient to the point of impossibility, for example, requiring the use of venues a mile off campus  or at times when students can’t attend. Berkeley also often demands non-leftist groups cough up thousands of dollars to defray security costs, a requirement not rigorously or consistently imposed on left-wing speakers or groups.

The two groups are challenging UC Berkeley’s restrictive policies because they violate First Amendment free speech rights and constitute “First Amendment Retaliation,” as well as violating the equal protection and due process guarantees in the Fourteenth Amendment. The U.S. Department of Justice filed a statement of interest on behalf of the two groups. The department “will not stand by idly while public universities violate students’ constitutional rights,” said Associate Attorney General Rachel Brand.

The lawsuit is moving forward even though a punitive damages claim was struck out because the court was not convinced administrators were “motivated by evil motive or intent.” Conservatives who follow campus goings-on, especially the institutional intolerance of schools like UC Berkeley, are likely to disagree on this point.

In fact, UC Berkeley’s hostility toward free speech is well-established. The school appears in the Foundation for Individual Rights in Education’s (FIRE) annual list of the ten worst colleges for free speech. Berkeley has a “yellow light speech code rating” from FIRE because it restricts speech, denies students accused of misconduct the “right to challenge fact-finders,” and denies students accused of sexual misconduct the right to counsel.

The latest court ruling is a rare win for conservatives made especially sweet because it came by way of a Democrat-appointed San Francisco judge, within the geographical boundaries of the notorious Ninth Circuit of the U.S. Court of Appeals, whose history of radical judicial activism has made it the most reversed federal appeals court in the country.

The ruling by U.S. District Judge Maxine M. Chesney, appointed in 1995 by President Bill Clinton, allows YAF and the Berkeley GOP to pursue their claim that UC Berkeley applied policies for high-profile speakers in a way that unfairly burdened conservatives.

The aggressive Trump-era crackdown on non-leftist speech came after Berkeley officials—emboldened, perhaps, by the blocking of a Feb. 1, 2017 campus appearance by iconoclastic conservative firebrand Milo Yiannopoulos—decided to formalize viewpoint discrimination in the school’s policy on speakers. 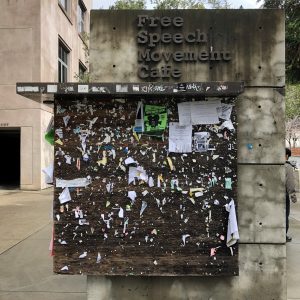 The speech itself never happened. Police stood down and allowed left-wing students and Antifa (short for “anti-fascist”) activists to “no-platform” Yiannopoulos because they didn’t like his views. Demonstrators caused $100,000 in damage to the campus and several times as much damage to the surrounding town.

Court documents indicate UC Berkeley adopted an unwritten “high profile speaker policy” on March 1, 2017, to impose restrictions on speaking engagements by conservative intellectuals David Horowitz and Ann Coulter. By Aug. 14, 2017, the university had published a written “Major Events Hosted by Non-Departmental Users” policy to restrict a speech by conservative radio host Ben Shapiro. As a result, Shapiro was reportedly charged $9,000 to speak at UC Berkeley, a fee the school calls “lawful and appropriate.”

The threat of violence by Antifa at UC Berkeley also forced Dangerous Documentaries (the film division of the Capital Research Center) to cancel a planned on-campus premiere of America Under Siege: Antifa, during Yiannopoulos’s planned Free Speech Week at the school.

As CRC noted at the time, this disruption “is extremely disappointing. Worse, it is a major blow to the First Amendment right to free speech. Let’s be clear: Antifa shut down a film screening criticizing their own extremism by using fear.”

Perhaps conservatives’ free speech rights will be better protected at UC Berkeley if YAF and the Berkeley GOP ultimately triumph in their lawsuit.

But don’t hold your breath—conservatives have been disappointed by the courts so many times it is impossible to count.